The company, 100Hands, started off with five tailors, and there were several teething problems and scepticism regarding their “Made-in-India” product. But today its large, air-conditioned factory employs some 170 people and produces about 80 shirts a day.

To most people, a shirt is a shirt. If it looks good and fits well, you wear it. But there is also this rarefied space in which other factors come into play: hand-sewn collars, hand-stitched    buttonholes and armholes; invisible stitching; handmade patterns, mother-of pearl buttons…

The business of handmade luxury shirts has mostly been dominated by the Italians and, to a lesser extent, the English and the French. Shirts by the likes of Kiton, Lorenzini, Luigi Borrelli, Turnbull & Asser and Chavret cost an arm and a shoulder, and have been for long the choice of tycoons and Hollywood royalty.

Over the last couple of years, though, 100Hands which makes its shirts in Amritsar, has attracted a cult following, especially in Europe and Japan. India accounts for just one percent of 100Hands’ sales, but Sachin Tendulkar is a patron and so are some Bollywood celebrities.

100Hands was founded in Amsterdam in 2014 by former finance professionals and husband-and-wife duo Akshat Jain and Varvara Maslova. Jain, who grew up in Mussoorie, is candid about the genesis of the brand. He was neither into shirts nor an aesthete, but his family has been in the cotton spinning and trading business for generations and that was a major influence. 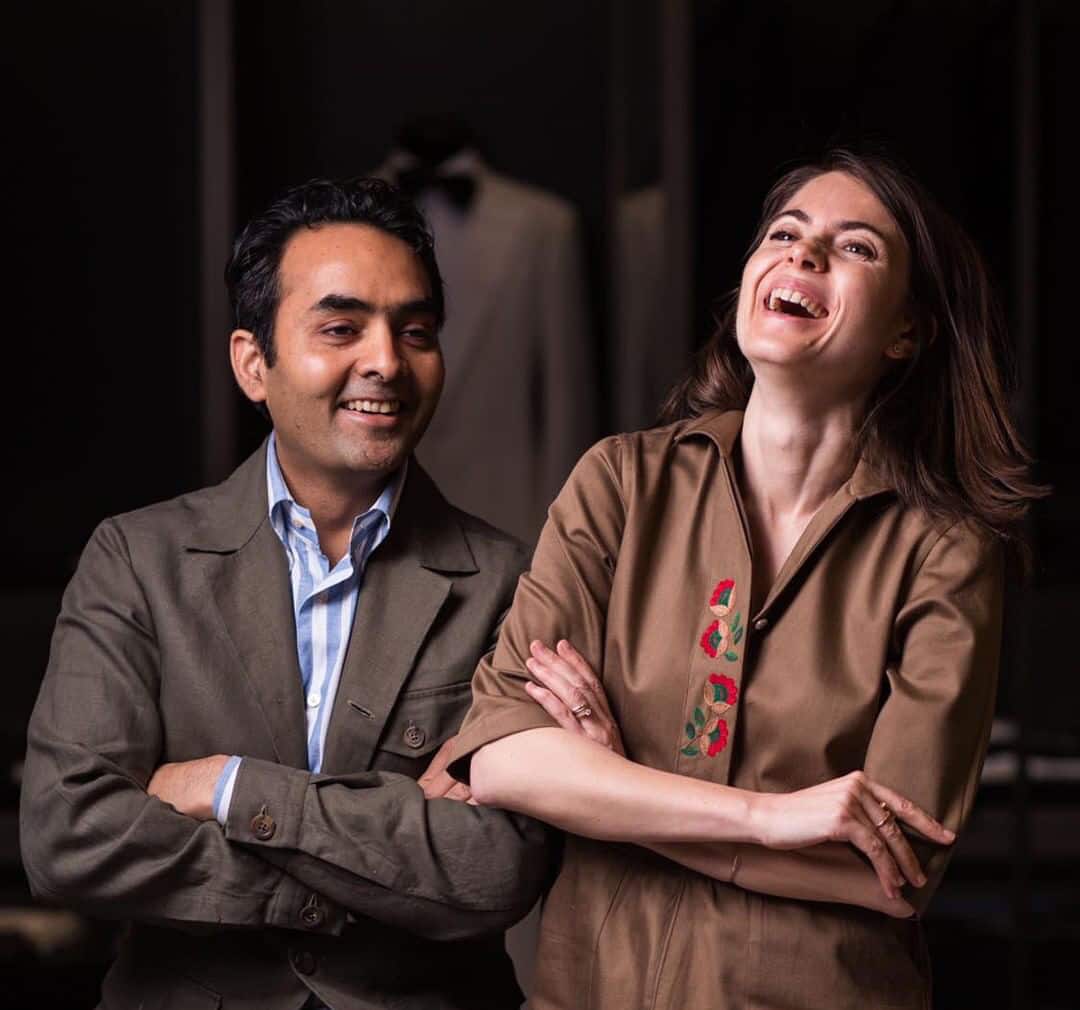 “I’ve always had a feel for fabrics of different kinds, and, if you think about it, our clothes were all ‘bespoke’ until about three decades ago. My father was very particular about what he wore, and we even had a small tailoring setup at our facility,” says Mr Jain.

Jain met Maslova in 2008, and slowly, an idea took shape.

“We didn’t want to do suits, so we decided to see what we could achieve if we set about with something simpler — like, a shirt — and make the best there was in the world,” says Jain.

Having the backing of his family and access to skilled pattern cutters and tailors helped, and the first 100Hands shirts rolled out around the middle of this decade. The company started off with five tailors, and there were several teething problems and scepticism regarding their “made-in-India” product. But today its large, air-conditioned factory employs some 170 people and produces about 80 shirts a day.

Jain sources his fabric from Switzerland and Japan and from companies such as Loro Piana, which is among the world’s largest manufacturer of cashmere. He also thinks the Italians are masters when it comes to finishing a shirt perfectly. “But when it comes to craftsmanship, getting the right fit… we Indians are right up there.” Each 100Hands shirt, says Jain, takes anywhere between 16 to 30 hours to make. Each 100Hands shirt takes between 16 and 30 hours to produce

Having a shirt-making operation in India delivers a cost advantage, but 100Hands, its founders say, pays its staff “above average wages, provides medical insurance and offers pension plans.” “These are some very talented people, and we do everything to keep them with us,” says Maslova.

The 100Hands’ range, which includes both made-to-measure and bespoke, starts at about Rs 20,000. While sales of their shirts at high end stores in Europe and Japan have dipped in 2020, Jain says that there has been an uptick in the number of shirts sold online. “We make classic shirts, but we also have denim overshirts and shirts with curved collars and button down collars for leisure wear. Plus, we’ve started doing a fair number of online consultations.”