Review | 'Harsh Realities' will persuade you to put your ego aside, and approach industry experts

If you are looking for new ways to build a spirit of camaraderie within your organization, you might be able to pick up some tips from this book.

Why are businesses owned by joint families reluctant to hire professionals who are outsiders? How do they stand to gain or lose from this approach? What kind of inter-generational dialogue can generate trust and build the readiness to take risks? If you are interested in these questions, read the book Harsh Realities: The Making of Marico (2021) authored by Harsh Mariwala and Ram Charan in collaboration with Archana Mariwala and Jeswant Nair. 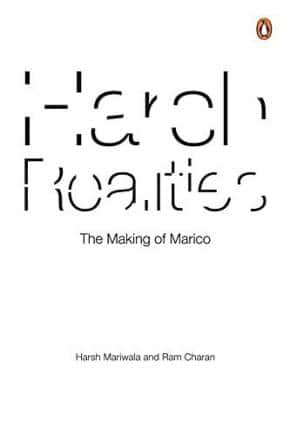 It will acquaint you with many of the ups and downs faced by Harsh Mariwala, who broke away from the family-run Bombay Oil Industries to establish Marico. He was confident in his own abilities but had a difficult time convincing the elders at home to let go of their old ways, and let him start anew. Since he did not pursue an MBA degree in a business school, much of his learning took place through his curiosity, observation, and a passion for problem-solving.

“World over, nearly 70 per cent of companies are owned and run by families. India ranks third globally in terms of number of family-owned businesses, and these contribute to over 70% of India’s GDP,” he writes. If you work for one of them, this might resonate: “Keeping pace with the current times, it is vital that today’s parents be cognisant of their child’s aptitude and inclination and provide a facilitative environment for it to blossom.”

Published by Penguin Business, an imprint of Penguin Random House, this book has many lessons about finding common ground, nurturing relationships, and fostering a culture of respect, while chasing profits and pursuing dreams. Prof. Ram Charan, the co-author of this book, who has been Harsh Mariwala’s coach and mentor for the last 25 years, writes about how the Marico founder and chairman was able to dialogue patiently and achieve consensus.

This book will show you how Harsh Mariwala travelled to small towns across India to understand consumer preferences, opportunities in regional markets, and the competition. A key takeaway from this book is that leaders must step outside the boardroom if they want to get fresh ideas about product development, sourcing of raw materials, and marketing strategies. This requires investment of time, effort and money but the rewards are immense.

Parachute Coconut Oil is one of Marico’s oldest and most popular brands, so a lot of examples in this book are connected with how evolution and innovation took place over time.

Here’s one: “South India saw a majority of consumers use the oil for cooking. In some regions, people used coconut oil following the ancient Ayurvedic ritual of ‘pulling’. In others, it was used as a garnish to add flavour to dishes. In the colder north, it was applied on the body to prevent dryness of skin, while in one of its manifold avatars, (it was) also used as a lubricant in cycles and other machinery.” These sharp observations turned into business opportunities.

This book effectively drives home the point that leaders ought to actively listen if they want to be successful. When Harsh Mariwala wanted to introduce plastic packaging, distributors and shop owners were hesitant. Keeping an open mind helped him get to the bottom of the issue. Apparently, the idea had been tried out before. The aroma of coconut oil attracted rats, and they ended up chewing bottle corners causing the oil to leak and damage other products.

Instead of giving up, he looked for a solution. It was discovered that the plastic bottles that were used earlier did not work because of their shape. Product designers and packaging experts were brought in to design bottles without corners so that rats would not be able to chew them. Oil-filled bottles were placed in cages, along with rats, for two days. Cameras were set up to record photographic evidence. The rats struggled but the bottles were not damaged.

This book will persuade you to put aside your ego, and approach industry experts to help you fill in the knowledge gaps that you have. Marico gained immensely from Harsh Mariwala’s willingness to be a lifelong learner. He sought out Bharat Patel, former managing director of Proctor and Gamble; Dr Labdhi Bhandari, a professor of marketing at IIM Ahmedabad; and Homi Mulla, who headed the personnel department at Monsanto, to teach him.

If you are looking for new ways to build a spirit of camaraderie within your organization, you might be able to pick up some tips from this book. Harsh Mariwala introduced a popcorn break at 4pm, which was a hit because the aroma of butter popcorn “wafting through the office was irresistible”. It was a simple initiative but it worked wonders. Apparently, visitors began to request office meetings at 4pm so that they could be there for the popcorn break.

Another laudable effort, which is briefly discussed in this book, has to do with getting rid of attendance records and giving team members more flexibility and freedom in terms of personal time management. The rationale behind this was to move away from policing, and convey that it was alright to be away for family emergencies and social engagements, as long as they were able to make alternative arrangements to fulfil their responsibilities at work.

Archana Mariwala, who is a collaborator on this book, happens to be Harsh Mariwala’s wife. Her inputs are credited as particularly helpful when Marico launched Revive, an instant starch and fabric care product. Thanks to her feedback and consumer research, Harsh Mariwala learnt that “housewives would prefer starch that was soluble instantly in cold water”. She also played a crucial role in shaping the look and feel of the Kaya Skin Clinics, started by Marico.

Jeswant Nair, the other collaborator on this book, was Marico’s first chief human resources officer. If you are wondering how to keep former team members connected to your organization, take a leaf out of Harsh Mariwala’s book. When the company crosses major milestones, he organizes get-togethers for Marico alumni to express his gratitude for their contributions to the company. He also celebrates what they have achieved outside Marico.
Chintan Girish Modi is an independent journalist, writer, educator and researcher who tweets @chintan_connect
Tags: #Book Review #books #Harsh Mariwala #Harsh Realities: The Making of Marico #Marico
first published: Sep 25, 2021 09:18 pm