Natasha Brown’s 'Assembly': a small shockwave of a novel

This short, powerful debut explores the world of a character facing issues of race and class in Britain today.

Sometimes, you come across a short novel of such compressed intensity that you wonder why anyone would bother reading longer narratives. Many Japanese and European writers seem to have instinctively realised this.

In the same way, at just about 100 pages, Natasha Brown’s Assembly is a small shockwave. The narrator is a young Black British woman who, on the face of it, is doing extremely well in her professional and personal life. Under the surface, however, are shards of discontent and indignation, even rage, which she has to assemble into a mosaic of meaning. 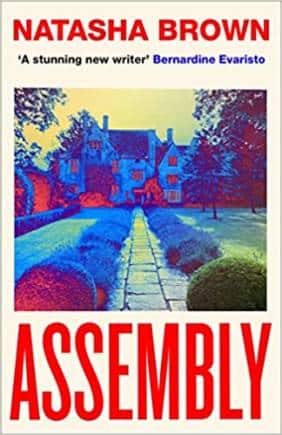 In her brief notes at the end of the book, Brown mentions Claudia Rankine’s Citizen: An American Lyric, and the resonance is immediately clear. To begin with, as poet and writer Dan Chiasson has written of Rankine’s book, it includes “the acts of everyday racism — remarks, glances, implied judgments — that flourish in an environment where more explicit acts of discrimination have been outlawed.”

Rankine herself called her powerful 2014 work an attempt to “pull the lyric back into its realities”, with brief essays, fragments, images, and poems. In Chiasson’s words, it is “a weave of artfully juxtaposed intensities”. That observation could well be applied to Brown’s novel as well.

Assembly proceeds in fragments that illustrate acts of routine racism, as well as issues of sexism and class. This a form that brings to mind other compelling short novels such as Jenny Offill’s Dept of Speculation and Renata Adler’s Speedboat. Brown’s narrative voice, however, is all her own. Many fragments simmer with barely contained anger, and this, along with their concision, makes Assembly coiled and charged.

The events of the novel, such as they are, take place over the course of little more than a day. The unnamed narrator, who is in a relationship with a privileged white man, has just been promoted to a senior post at her financial firm. She has also had to visit an oncologist, and now has to prepare for an anniversary party at the country estate of her boyfriend’s wealthy parents.

Within this outline is a world of prejudice and micro-aggressions that this outwardly successful young woman faces at work and outside it. Zora Neale Hurston once said that she felt most coloured when thrown against a white background, and this is how Brown’s narrator feels, too. As she puts it: “Delineation requires a sharp, black outline.”

Her days are filled with examples. In an unstated answer to a common question, an acquaintance enquires: “No, but originally. Like your parents, where they’re from. Africa, right?” At a business conference, she steps forward to make coffee for grateful male colleagues. After her promotion, a colleague comments, “It’s so much easier for you blacks and Hispanics”. Looking over her net worth statement, a financial consultant beams and says: “Aren’t you a clever girl?”

Almost from childhood, Assembly’s narrator has laboured to overcome such attitudes. “Be the best. Work harder, work smarter. Exceed every expectation. But also, be invisible, imperceptible. Don’t make anyone uncomfortable.” Yet: “Born here, parents born here, always lived here - still, never from here. Their culture becomes parody on my body.”

Now, she feels that her worth in the country is derived from her association with its institutions: universities, banks, the government. Some of this can be traced back to colonialism. “I am what we’ve always been to the empire: pure, f*****g profit. A natural resource to exploit and exploit, denigrate, and exploit.”

This remains unacknowledged: “Vague fairy tales of benevolent imperial rule bloom instead.” It’s the shortness of such utterances that stops the book from tipping over into full-blown polemic.

At this time of re-evaluation, the narrator wonders why she puts up with it all. “Why do I inhale? Why do I apologize? Or say I’m fine, thanks. And you? Why do I stand back from the platform edge?”

Her coping mechanism for these moments of dread is to consider events as though they’re happening to someone else. “There’s the thinking, rationalizing I (me). And the doing, the experiencing, her. I look at her kindly. From a distance. To protect myself, I detach.”

How she plans to deal with the cancer within and without becomes even more painfully clear by the time the novel reaches the final page. Though rooted in a particular British experience, Assembly is also a work that anyone who has faced discrimination of any kind can powerfully relate to. This short novel casts a huge shadow.
Sanjay Sipahimalani is a Mumbai-based writer and reviewer.
Tags: #Assembly novel #book recommendations #Book Review #books #Citizen: An American Lyric #Claudia Rankine #Everyday racism #gender #Must read #Natasha Brown #review #Sanjay Sipahimalani #sexism #weekend reads #What to read
first published: Jul 17, 2021 08:32 am