Mohsin Hamid’s forthcoming book 'The Last White Man' is a stinging index of our times, shaped by the pandemic and identity upheavals.

As an index and explainer of the post-pandemic, post-BLM world, 'The Last White Man', a short book of 180 pages, is a standout work. (Representational image: Sydney Rae via Unsplash)

Mohsin Hamid is a novelist of shifting worlds. The British-Pakistani novelist’s gaze on instability—dissolving borders, altered belief systems, migrating populations gambling it all to abandon nativity and rootedness—has defined all four of his novels after his humdinger debut Moth Smoke (2000).

Moth Smoke was set in the country of his birth, Pakistan, in which Dara, a weed-smoking banker, and his childhood friend Ozi, get tested by 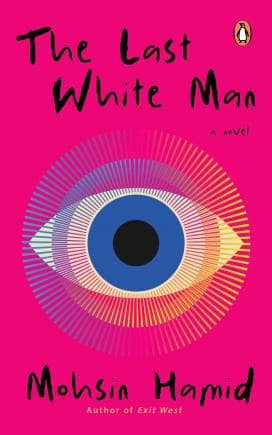 the pull of sexual love, drugs and a criminally unequal society. The hurtling prose and an inventive playfulness with language was one of the novel’s signatures. Since then, and through The Reluctant Fundamentalist (2008), How To Get Filthy Rich in Rising Asia (2013) and Exit West (2017), Hamid’s talent in deconstructing, reinventing and juicing up formal standards of language have matured with fascinating results.

Linguistic jugglery is a signature in his new novel, The Last White Man, being released in India on August 29, 2022, by Penguin Random House. The Last White Man has the best of both his talents in abundant measure: A radically shifting, unnamed world and how it snowballs into a cataclysmic toppling of racial identity, and sentences overstretched to paras and even pages, hyper-punctuated by commas.

The narrative anchors around four main characters—the Nordic-named protagonist Anders, his on-and-off yoga-instructor girlfriend Oona, Anders’ father and Oona’s mother. Hamid begins the novel on an unmistakably Kafkaesque note (he has said in several interviews that Franz Kafka is a big influence in his writing): “One morning, Anders, a white man, woke to find he had turned a deep and undeniable brown.” Inexorably, the mysterious darkening begins spreading to white people all around the unnamed country it is set in. The pandemic’s forced isolation, and a belief that everything we know to be real can change in an instant, gets reflected in the story’s arc.

The escalating darkening of the white people leads to uproar and militancy, opening gashes of identity crises and bigotry, forcing people to shut themselves in their homes while witnessing apocalypse online and on TV. Perceptions of race zig-zag into stagnation and self-introspection. The immediacy and fluidity of the language, and the restless prose, mimics the flux of the world he creates. The effects are often absurd: “A white man had indeed shot a dark man, but also that the dark man and the white man were the same.”

Few other novelists can capture the zeitgeist like Hamid does. Barring Moth Smoke, all his other books have used urgent global issues as springboards for stories as well as linguistic inventions. After 9/11—which, he has admitted in several interviews, was an event seminal in his life on the wedges of a mongrel existence: a childhood in Pakistan, law education in Princeton and Harvard and a writerly life in the UK—Hamid wrote The Reluctant Fundamentalist, later adapted to film by Mira Nair. How To Get Filthy Rich in Rising Asia, written like a self-help book that the young in Asia love to read, is about a man from an impoverished background who makes it big as a corporate tycoon and builds an empire in a fictional metropolis on the most fluid and scarce of resources, water. In Exit West, Saeed and Nadia leave their homeland as it erupts into civil war and magic doors start popping up through the city they live in. As in all these books, Hamid uses the second-person narrative in The Last White Man, keeping the intimacy between reader and writer intact even as points of view and entire beings metamorphose. Commas, the great communicators of the fluid pause, take the reader along inside characters’ heads with eidetic, Rashomon-like effect. One moment you are in Anders’ head, and then when he meets his father, you are in his father’s head and then when they interact, the perspectives change to something more transcendent.

As an index and explainer of the post-pandemic, post-BLM world, The Last White Man, a short book of 180 pages with extremely long sentences—deceptively simple, and encompassing big ideas and knotty states of minds and emotions—is a standout work. As in his entire oeuvre, Hamid convinces us that fiction can tell us truths that mere reportage or social media chronicles can’t distill.
Sanjukta Sharma is a freelance writer and journalist based in Mumbai.
Tags: #'Moth Smoke' #Black lives matter #Book Review #books #Exit West #How To Get Filthy Rich in Rising Asia #Last White Man #literature #Mohsin Hamid #The Reluctant Fundamentalist'
first published: Aug 28, 2022 11:58 am