Gender equality is being fought for, by tooth and nail – Anoushka Shankar

Music icon Anoushka Shankar looks back at her incredible journey, her relationship with her parents, and how her diverse experiences shaped her as a person.

She is one of global music’s biggest names, and an icon for other reasons too. From spreading joy with her music, to successfully battling substance abuse and opening up about sexual abuse, hysterectomy and depression, Anoushka Shankar is an inspiration for women the world over.

And then there is, of course, her legacy. It is no mean feat carrying the burden of being musical legend and Bharat Ratna awardee L’s daughter. But over time, Anoushka has done more: The London-based mother of two has come out of the long shadow of her late father to earn widespread respect for her music and her strong views on life and career.

Which is why when she calls music a cathartic and healing experience, her words reflect the intense passion of a woman who is fiercely independent, and one who has been through intense personal struggle to reach this point. 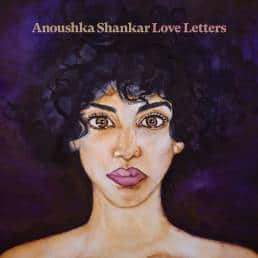 Her latest EP Love Letters further establishes Anoushka as her own woman. It highlights female friendships and is a collection of songs that Anoushka wrote in collaboration with various female artists on a raft of topics: Heartbreak, relationships, marriage and motherhood. “I wanted to include women on the technical side as well, and worked with female engineers and a mastering engineer,” she notes.

It is, in a way, her contribution to the industry. “Women sadly do not have an equal playing field in life overall, so the music industry is no different,” she says, adding that for systematic change across all levels of the industry, we need to have more women in positions of power to make decisions that trickle down to all areas. “I don’t think gender equality is ‘sweeping in’ anywhere. I think it’s being fought for, by tooth and nail.” 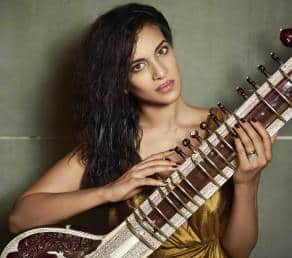 The 38-year-old, who had a concert in India after a gap of two years this February, has had a life full of “beautiful and painful experiences”, and it has helped her to share her human journey in a way that helps other people too. “I’ve noticed that sharing those vulnerable truths can help others do the same. There is power and healing in that,” she says.

As part of the One Billion Rising campaign in 2013, Anoushka had revealed that she had been sexually abused for several years as a child by a trusted friend of her parents. She says that it was hard to keep it all bottled up for years, as there was no #MeToo campaign at the time. She said then that sharing her story of sexual abuse would be helpful to others and help push the dialogue around sexual violence.

She also recently went through a hysterectomy procedure and chose to talk about that, too. She regrets that such experiences aren’t talked about openly, leaving women at risk without access to information or suffering more than needed due to the stigma attached to it. At the same time, she cautions that while speaking out has power, one should do it in a safe way: “I don't like putting that responsibility on women. You could really risk traumatising yourself even more by sharing it if you do it when you are not ready.”

She feels that going through hardships – as opposed to running away from them or numbing through them – gives one character, resilience, compassion and empathy. “There are people in the world who suffer untold hardships, in ways I can’t even imagine. So, I’m not going to speak from a pulpit about the things I’ve been through,” she says.

Her experiences have instead served Anoushka as a sort of creative fuel. “Strong emotions compel me to write music. There is great strength in vulnerability, as it takes courage to push through the fear and share one’s true self with others. In music, that vulnerability really speaks to listeners as it connects with their own hearts.” 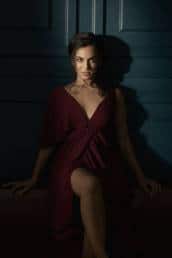 In fact, a lot of the songs on Love Letters were written whilst her marriage to film director Joe Wright ended in 2018. “However, it is not all entirely biographical,” she clarifies. “I suppose, it's a different layer of personal for me to be sharing music that's been influenced so directly from my own romantic experiences.”

She takes her role as mother of two boys very seriously: “I’ll be a tiger for them if need be. They, and parenting them, teach me more about how to be a good human than anything else.” And there is also her relationship with her mother Sukanya Rajan that she holds close to her heart. “My mother has been a key influence on me as a musician and person from birth. She continues to be one of the people I’m closest to, and I often go to her for support and advice,” she shares. Her primary influence has remained the same, though: Her father. Her fondest memories are of watching him practising intensely before concerts. Every single show was important for him even after decades of performing and thousands of shows, she says admiringly.

“He was never casual about a smaller city, for example. That commitment and discipline were amazing,” she states, adding that she was planning to perform for the first time with her half-sister Norah Jones on their father’s hundredth birth anniversary in London on April 20. Covid-19 has upset the plan, but probably it won’t be too long before one gets to see the sisters perform jointly.