Kumar worked with adivasis in Andhra’s Araku Valley for decades, grew coffee of the highest quality and took it to Paris in 2017. On March 19, Araku Coffee opened its first café in India in Bengaluru. Kumar wants to replicate the Araku model for other crops as well, he tells us how

In the late 1990s, the late Kallam Anji Reddy, founder-chairman of pharmaceutical company Dr Reddy’s Laboratories, appointed developmental economist Manoj Kumar as the head of his NGO, the Naandi Foundation. Kumar’s brief was to foster sustainable livelihoods in rural India.

One of the many projects Kumar embarked on in the early 2000s was to get adivasi farmers in Andhra Pradesh’s Araku Valley to grow specialty coffee, which, simply put, is organic and sustainably grown coffee of the highest quality. To many people, it appeared to a quixotic endeavour. Araku was not a traditional coffee-growing region. Kumar, who grew up in Kerala drinking kattan kaapi, the traditional home-brewed black coffee, had no real knowledge about coffee; and the Araku Valley had been riddled with Naxal insurgency for decades. Kumar worked with, and lived among, the tribals for over a decade and through biodynamic farming and the formation of an adivasi cooperative, one of the world’s largest fair-trade and organic certified cooperatives, he achieved the seemingly impossible.

In 2017, Kumar opened the first Araku Cafe and store in Paris and about a year later, Araku Coffee bagged top honours for the best coffee pod at the prestigious Prix Epicures OR awards in Paris. On March 19, Araku opened its first cafe in India. The 6000 sq ft, two-level flagship cafe in Indira Nagar in Bengaluru features, among others, an in-house roastery, the country’s first Specialty Coffee Association-certified Coffee Academy, a book store, and food that is sustainably procured.

In an interview to Moneycontrol, Kumar talks about the growing interest in specialty coffee in India, its transformative potential, and about replicating the Araku model in other parts of the country. Edited excerpts:

How do you see Araku’s flagship cafe take the specialty coffee story forward in India?

By and large, the production of specialty coffee in India has so far been almost nil, barring a few micro estates. We have been a notable exception. Our success has made coffee growers realise that it is possible to get much higher value and definitely profits if they can elevate their coffee to the level of a specialty coffee. I’m hoping that this desire to excel will be infectious to the community of coffee growers in India. They could learn to look at coffee as being more than just an average-to-poor-quality mass-produced commodity, which is neither financially rewarding nor sustainable. We are blessed to have the climate and topography to grow coffee. Europe and most of the coffee-drinking nations don't grow coffee. I see our cafe in Bangalore as a place where people can interact and learn more about the power of specialty coffee. And we would want to take it beyond producers to policy makers and to everyone through a consumer movement to inculcate a certain pride in the opportunity we have to make coffee a profitable Indian-origin commodity and revive India’s agriculture to an extent. Araku is not a traditional coffee-growing region, and yet we have grown world-class coffee there. So, you can imagine the potential of places such as Chikmagalur and Coorg… 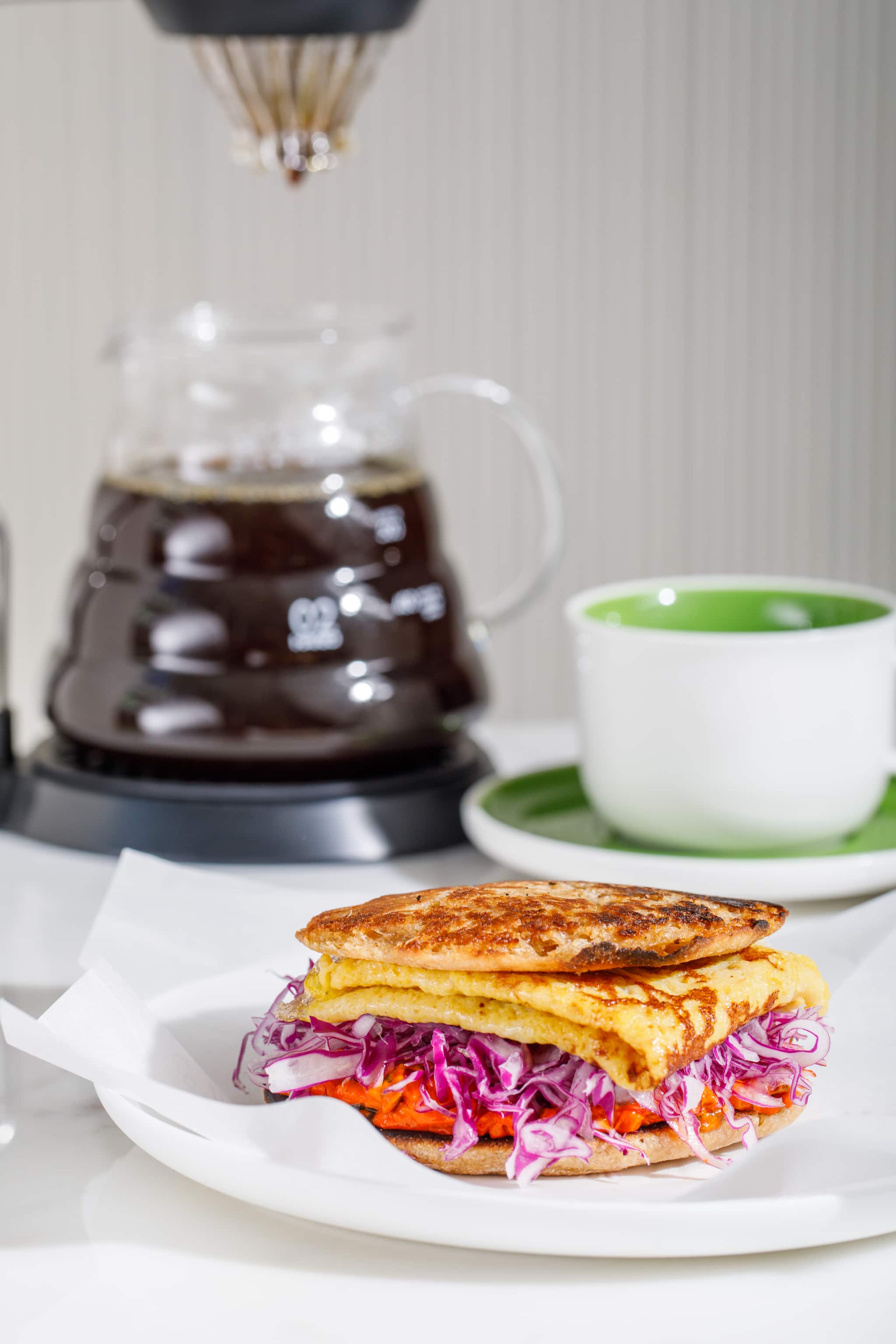 Tamagoyaki Toastie is on the menu of Araku’s café in Bengaluru.

Have you met people from the coffee-growing community who want to get into specialty coffee?

Absolutely. When we started the Araku journey, we had only between 10 percent to 20 percent of farmers whose coffee could be rated as specialty coffee. Today, I have 80 percent of my farmers all growing specialty coffee. I have requests from many small estate and large estate owners, and even people who are into wine now want to know if we can help them with the same regenerative agricultural practices that made our coffee world-class. You’ve been to specialty coffee hotspots across the world. How have your experiences shaped the flagship store?

Scandinavia inspired me a lot. The quality of service there was based predominantly on knowledge. Every brewer, roaster, and barista I met had a completely different level of knowledge and that knowledge was shared with the customer. A relatable example would be going to an Apple store for the first time and discovering that every staffer has an in-depth knowledge about the products. So, one of the things I took away from there was that our team had to be knowledgeable about what they were selling, even if it meant setting up a coffee school at the cafe. Our team is not just selling a random service, they are selling coffeeology. And our prices are extremely competitive. Somebody even mentioned that a lot of the coffee we serve is, more or less, the same price as the coffee you get at Starbucks. The Naandi Foundation has been at work replicating or adapting the Araku model in other parts of India. How has that worked out?

The Naandi Foundation is now massively expanding its agricultural footprint. We are now in a large way expanding into Wardha and the Vidarbha region, replicating the Araku model with other crops. We started off with pomegranate and that is very much on track but we are also exploring or expanding into other portfolios. Turmeric in that region is world-class, and it has a Geographical Indication tag. Then, we looked at red gram and other pulses. The idea is to have a bouquet of produce for the farmer to get it to be profitable and to identify one or two which become unique to that region. I think the winners here will be turmeric, pulses, and organic cotton. We are also looking closely at working in Meghalaya and Kerala and the Konkan belt.

You first went to the Araku Valley in 2001. Looking back, which was the turning point of your journey?

I’d think earning the trust and respect of the tribals was the turning point. I had started with just 1,000 farmers, and I would tell them that one day their land would produce a coffee that would be world-class. And they would always tell me that they wouldn’t let me down. That kind of love and trust from their end really made all the difference.

Monkeypox: Which countries have reported cases of the viral disease