Entrepreneur Neha Bagaria had to take a long break from work after she had two babies. Sheryl Sandberg's book 'Lean In' inspired her immensely in getting back on track.

When my firstborn came into the world in December 2009, a baby gave birth to a mother.  I became the primary caretaker of this precious little life, and he became the core of my being.  Nothing else held more importance, and I decided to take a sabbatical from work.  I became a full-time mother and my life revolved around my baby.

Three years later, I had my second baby and again my perspective changed.  I realised that it was about time I got back to being the person I used to be: It was time to restart my career.

I restarted my career at my previous company and regained my confidence when I realised that I could hit the ground running even after the three-year career break.  As my responsibilities at work increased, so did the quality of time I spent with my children, husband, family and friends. I was no longer in a brain coma, no longer needy and emotional, no longer sweating the small stuff.

I became a happier and more fulfilled person, which translated into becoming a happier mother and happier wife. Additionally, my renewed passion and intention to prove myself again helped me contribute at work with greater dedication and commitment.

This personal journey opened my eyes to the accomplished women around me who stopped working when they got married, or became mothers, or for a variety of other personal reasons, and then never returned to the workforce. 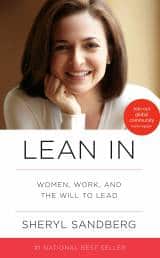 It became clear to me that there were many re-entry challenges that need to be addressed in India. It made me determined to enable other women to restart their careers and connect them with whatever they require to do so, thus founding my job-search portal JobsForHer.com on International Women’s Day, March 2015.

As a woman who has restarted her career, I find there are a lot of dilemmas every day that I personally need to overcome. I would like to share Sheryl Sandberg’s words as the advice that helps me most:

1) Fear is at the root of so many of the barriers that women face. Fear of not being liked. Fear of making the wrong choice. Fear of drawing negative attention. Fear of overreaching. Fear of being judged. Fear of failure. And the holy trinity of fear: the fear of being a bad mother/ wife/ daughter.

I have realised how important it is to recognise our fears and to name them; only then can we find a path to overcome them.

2) What would you do if you weren’t afraid?

Whenever I am at a crossroads, I ask myself this question. It is critical that we don’t let our fears hold ourselves back and stride on, confident of figuring things out.

3) Done is better than perfect.

As women, we have a deep desire to achieve perfection in whatever we do. Being a perfect mother, daughter, wife, homemaker, and being perfect at work. This puts us in a never-ending spiral in which we place undue pressure on ourselves and start burning both ends of the stick. We need to remind ourselves that sometimes being good, and not great, is good enough.

4) Careers are a jungle gym, not a ladder.

A woman’s career is often non-linear and circuitous.  And that’s alright.  There are on-ramps and off-ramps and scenic routes that we take on our career highways and we need to stop deriding ourselves for it, or thinking there’s no path back to the main road once we’ve taken a detour.

5) Women need to shift from thinking "I'm not ready to do that" to thinking "I want to do that – and I'll learn by doing it.”

As an entrepreneur, you are constantly thrown into the deep end of the pool and need to teach yourself how to swim very fast. Whether it is expanding your business, ramping up sales, or finding investors. We need to remember that what’s important is not whether we’ve done that before, but whether we have the ability to learn how to do it now.

6) If you're offered a seat on a rocket ship, don't ask what seat! Just get on.

Grab opportunities and fasten your seat belt. The journey ahead promises to be both exciting and challenging, and all you need to do is embrace it.

Neha Bagaria is the founder of JobsForHer.com. First published in eShe magazine