Coronavirus lockdown: How the internet has come to the rescue of party animals

Whisky -tasting sessions and wine tutorials have moved online and Houseparty is among the top 8 downloaded apps in India in the last one month, as people log in to host virtual parties with friends and family in ‘private rooms’.

The party isn’t over as yet for the world that has just discovered words such as ‘lockdown’, ‘shelter’in-place’ and ‘quarantine’.

Earlier this week, I decided to check how party animals are coping with the drastic lockdown. Not much of a party person these days, I had to rely on gossip from the old Mumbai social circle, which had moved from crazy art parties a decade ago, to crazy restaurant opening bashes, equally schizophrenic bar opening nights, ‘dress up and go to a south Mumbai party animal’s home’ or even to a Bollywood star’s hangout bash, two years ago.

They did not disappoint me and I was led straight up to the viral video call app, Houseparty, which has been around for a while but has suddenly gone viral in India. For those who have been living under a rock and haven’t heard of it (like me!), let this be known: Worldwide, the Houseparty app has become quite a sensation. 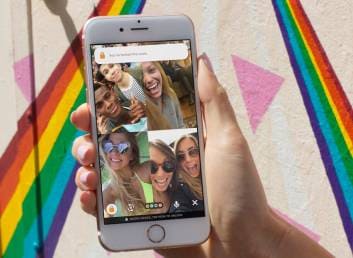 The free-to-use app, developed by a small tech company, Life on Air, in San Francisco, and later brought over by Epic Games, can host up to 8 participants in an unlimited session. The makers put out a host of figures for me when I wrote to them: It is the sixth most downloaded app in the United States and at the moment, in India, it is the eight most downloaded app.

But it is what others tell me that is far more interesting. For instance, young Delhi fashion designer Mitali Kaul, who has worked on the teams of India’s biggest designers, from Rohit Bal to Ritu Kumar, says, “I used to party at least four times a week – house parties, bar openings, after-parties following fashion shows. For a week, it felt pretty odd, not going out for a party. And then we got on to the Houseparty app and since then, every evening, we have been jamming together on the app.” According to data, over 2.5 million people have downloaded the app in March, many of them in India. Narendra Kumar Ahmed, designer, creative head of Amazon and one of the people on the NIFT Alumni body, catches up with his friends on the Houseparty app in the evenings, at 7 or 8. “We have a drink together, discuss the day, how each of us is coping up. I think this will be our way of life for a while, I think the world will change as we know it.”

Seemingly, almost everyone is on Houseparty: Kareena Kapoor and her band of friends, which includes Malaika Arora; Karan Johar and his group of friends, and that is a rather large list; the millennial stars, from Ananya Pandey to the waiting-on-the-sidelines, Suhana Khan, Shahrukh Khan’s daughter. So is the large menagerie of designers such as Rohit Bal and Delhi’s rising stars. Kareena Kapoor, used to hanging out with her girl gang when all were in Mumbai, says apps like these make it easier to ‘create that feeling of being together in some private room, just virtually’.

Not even reports of Houseparty being hacked that emerged at the end of March has dampened the mood. Not even the fact that till lockdown forced us inside, Houseparty was seen as a place where teenagers caught up. As 36-year-old artist and visual merchandiser Gauri Ahuja, whose evenings included hanging out at Soho House Mumbai with some of her member-friends, before heading out for dinner to Taj Land’s End says, “No one quite knows what is safe. From Gmail to Facebook, anything can get hacked. But this feeling of togetherness that Houseparty allows is rather comforting. Houseparty seems to have followed coronavirus across the world; even my friends in London are on it.”

Houseparty, incidentally, has denied they have been hacked, calling recent hacking rumours “spread by a paid commercial smear campaign”, even offering $1m (£810,000) bounty to the first person who can provide proof of such a campaign.

So, how does it work?

Many under lockdown are enjoying dinner and drinks together, called ‘AperiTV’ in Houseparty parlance, even as IT companies staff, from Bangalore to Silicon Valley, host virtual happy hours. There are in-app games such as trivia or screen-sharing services that allow friends to go on dating apps or watch TV programmes together.

Techie Abhishek Saha, originally from Odisha and locked up alone in Bangalore home now, logs on to the app with his techie friends from halfway across the world, from cities such as San Francisco, to watch Netflix shows together over a virtual drink. “We do this almost every day. We decide a time, what we are drinking – could be whisky one day, wine the next, what we are watching the next day, and eight of us come together at the same time.”

In a bid to test out the efficacy of the party app, I downloaded it and registered, created a password, and sent out notifications to my cousins and some common friends across different parts of the country and the world to join the party, sharing the password with them. When I came online, a push notification was sent to let others in my group know. A “room” was be organised for us to join in.

Incidentally, rooms can be locked to limit conversations to people who know each other, or they can be left open for strangers to join. We chose to limit our family party. The video chat allowed seven of us to catch up, have a drink together at the same time, share gossip.

Living it up on Zoom Hangouts and Instagram Live

Beyond Houseparty, virtual parties are also being organised on Zoom Hangouts and Instagram Live. Bangalore indie musician, Shazi Khan, a party perennial, prefers Zoom Hangout to catch up with her buddies from halfway across the world. “My friends and I never did get on to Houseparty because it just felt too not our style. We prefer Zoom; it allows us to share music, compose, learn an instrument together and share notes.” 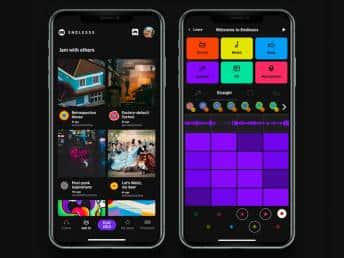 She also mentions Endless, collaborative music-making app launched on the iOS app store, on March 31, even as the world was slipping into a long lockdown. “They held a collaborative jam with artistes such as Imogen Heap, Flux Pavilion and Bulgarian electronic artiste KiNK on the day it was launched,” she says. “The app was founded by musician and technologist Tim Exile, who wanted to create a TikTok for musicians, where they could collaborate and make music.” Khan has, since the lockdown, connected with musicians in countries as far apart as Beijing and London and “made some music which I will soon share online”. 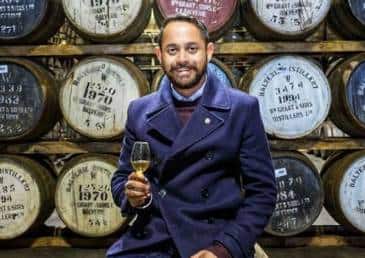 There are others who are moving everything, from whisky tasting sessions to wine tutorials, to established platforms such as Instagram and Facebook, events that, till now, required the physical presence of the participants. Angad Singh Gandhi, Glenfiddich India’s brand ambassador, hosted a freewheeling chat “about single malts, food pairings and such” with anyone who logged in on Food Bloggers Association of India’s Instagram Live. Besides, he is also part of what he calls “a Glenfiddich flight club. “In Episode 1, the Asia-Pacific brand ambassador and I will go against each to talk about three different drams. Whoever speaks better, will win this duel. Our followers will choose,” he says.

This is Gandhi’s first experience with hosting tasting sessions and accepting challenges online and he sees it as a natural evolution in times like these. “I have been doing a lot of DIY videos for online platforms, such as how to make sweet vermouth at home. I am also working on videos on how to experiment for different cocktails, using whatever ingredients you have at home.” 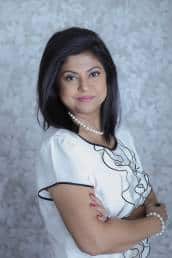 Master of Wine Sonal Holland has been using Instagram Live to host 10-minute sessions every evening over six days on how to be a wine pro within 60 mins, with a hashtag #60minwinepro. “I take people through how to taste wine like a professional, a wine’s journey from grapes to glass, and the must-try wines. I am also going to invite Kapil Sekhri, the owner of Fratelli Wines on what 2020 vintage would look like.”

Holland says she has been working on fun IGTV videos on wines and may move on to host sessions such as ‘Date nights at home with wine’ and one-minute wine reviews on platforms like FB Live. “This is the time to reinvent, have fun and connect virtually. I think even after this crisis ends, the virtual world will become a bigger playground,” she says.