Kaathuvaakula Rendu Kaadhal review: Dream team of Vijay Sethupathi, Nayanthara and Samantha is great but the writing lets you down

The comedy is decent for the most part, but the premise - a man unable or unwilling to choose one woman to love - is far from funny.

Falling in love is something no one can control. And whom you fall in love with is again something you can’t control. Matters of the heart always come with their share of desires and dilemmas which can’t be dismissed because love is not black and white. There’s a whole world of grey, and it is this space that Kaathuvaakula Rendu Kaadhal (KVK) falls under.

Vijay Sethupathi, who plays Rambo, shows us the world of grey that he is trapped in when he falls in love with both Kanmani (Nayanthara) and Khatija (Samantha). 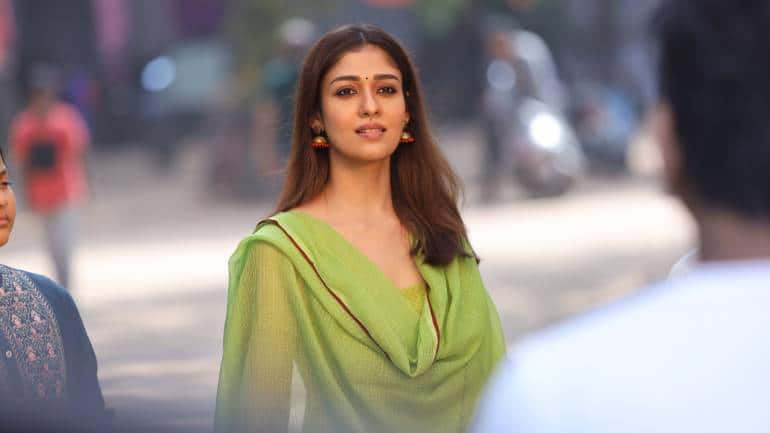 Rambo is a guy who is jinxed from childhood or rather believes his life is jinxed. His father dies when he is born, and the people in his village shun him saying that he is unlucky, and he grows up believing this. He runs away from home to save his bedridden mother from his jinxed life, and even as an adult, luck eludes him at every turn. Till the day he believes it all changed. On that fateful day, Rambo’s day job as a cab driver leads him to Kanmani and his night job as a club bouncer introduces him to Khatija. The love he receives from both women makes up for all the love he never received in his life till then. And that’s when hell breaks loose.

Director Vignesh Shivan KVK reminds you of some of the earlier Tamil films like Rettai Vaal Kuruvi, Sathi Leelavati, and Veera. Touted as a romantic comedy, the film has a dream team of Vijay Sethupathi-Nayanthara-Samantha, each of them shines in their respective roles.

Vijay Sethupathi’s dialogue delivery (the single shot lengthy dialogue delivery in the second half is superb) and expressions in some scenes show what a natural actor he is, while Samantha’s casual acting reveals why she is a current hot favourite. Nayanathra aces the emotional scenes (the scene between her and Rambo on a drive was top-notch) and the interactions between the three of them have perfect timing.

However, it is the writing that lets you down. An emotionally flawed Rambo trying to justify his love for two women and convince the audience that polyamory is normal doesn’t make for a lot of laughs though the comedy is decent for the most part. In fact, had the writing focused more on the comedic interactions between the three actors, it would have made the film much lighter and more entertaining. The director tries to evoke empathy for Rambo by narrating his poor childhood experiences but it doesn’t connect with you. The endearing moments between Nayanthara and her mentally challenged younger brother, though, do tug at your heart strings.

Music director Anirudh has scored some beautiful songs for this film, and this is one of the strengths of KVK. This is his 25th film and the soulful songs like 'Naan Pizhai' and 'Rendu Kaadhal' tells us what love and loss is all about. Meanwhile, former cricketer Sreesanth as Khatija’s boyfriend delivers and Redin Kingsley adds comic value.

On the whole, Kaathuvaakula Rendu Kaadhal is a story of a man who can’t make choices. Rambo is unable to make a choice or doesn’t want to make a choice when asked to choose between Khatija and Kanmani, and thinks he should be able to have both. Life, sadly, doesn’t work like that. KVK should be viewed as a film that’s just to entertain and nothing more.