Adam Levine said in the statement: “In certain instances it became inappropriate; I have addressed that and taken proactive steps to remedy this with my family."

A day after popular US band Maroon 5’s lead singer Adam Levine was accused of cheating on his wife Behati Prinsloo with an Instagram model, the frontman has come out with a statement.

"A lot is being said about me right now and I want to clear the air. I used poor judgment in speaking with anyone other than my wife in ANY kind of flirtatious manner. I did not have an affair, nevertheless, I crossed the line during a regrettable period in my life,” he wrote in an Instagram story.

“In certain instances it became inappropriate; I have addressed that and taken proactive steps to remedy this with my family. My wife and my family is all I care about in this world," he added.

"To be this naive and stupid enough to risk the only thing that truly matters to me was the greatest mistake I could ever make. I will never make it again. I take full responsibility. We will get through it. And we will get through it together,” he concluded the statement. 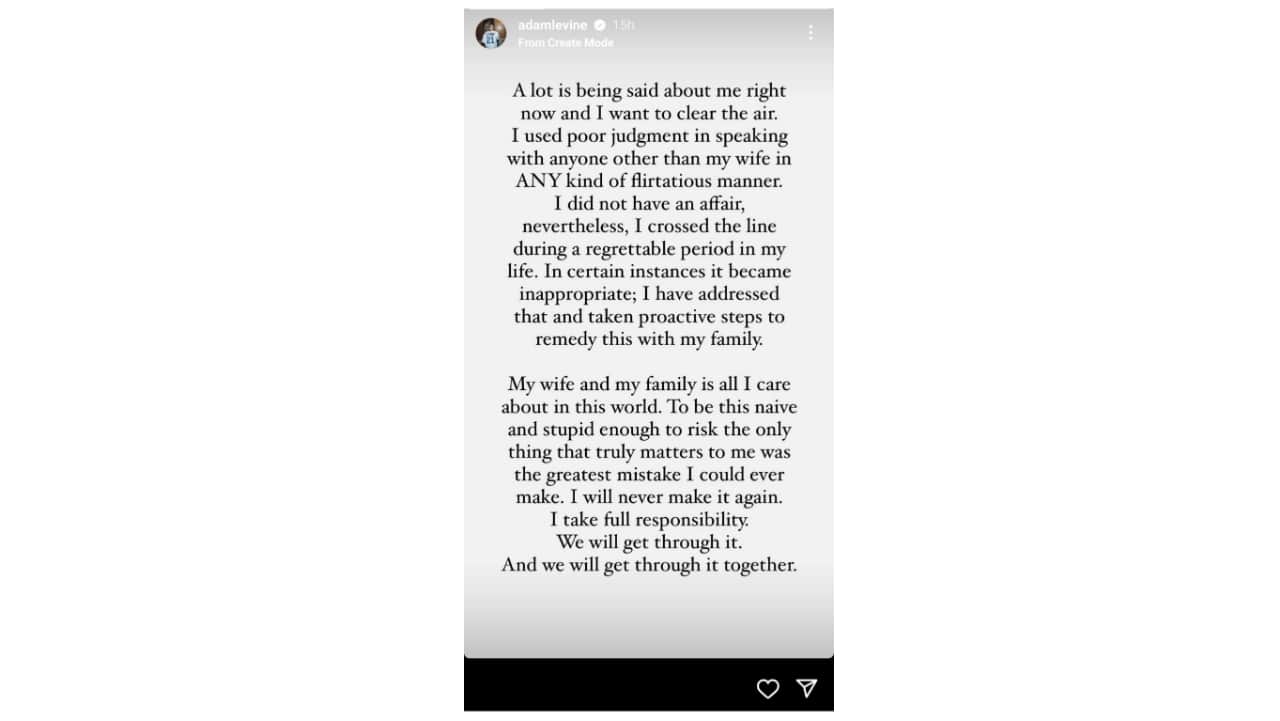 Instagram influencer Sumner Stroh, in a viral TikTok video, claimed that she had a year-long affair with the singer and then they stopped talking over a period of months. The allegations come a week after the singer announced that he is expecting a third baby with his supermodel wife Behati Prinsloo.

Stroh shared screenshots of the Instagram messages as well in the video and a snap of a text from Levine that read: "Ok serious question. I’m having another baby and if it’s boy I really wanna name it Sumner. You ok with that? DEAD serious."

"I was having an affair with a man who’s married to a Victoria’s Secret model. At the time, I was young, I was naive, and, I mean, quite frankly, I feel exploited," Stroh said in the beginning of the video before revealing who the alleged affair was.

Prinsloo is a Victoria's Secret model.

Stroh also said that she never intended to address the situation in "such a public manner" but claimed that after a friend threatened to sell the screenshots (that she had shared with them) to a tabloid, she came out with the story. 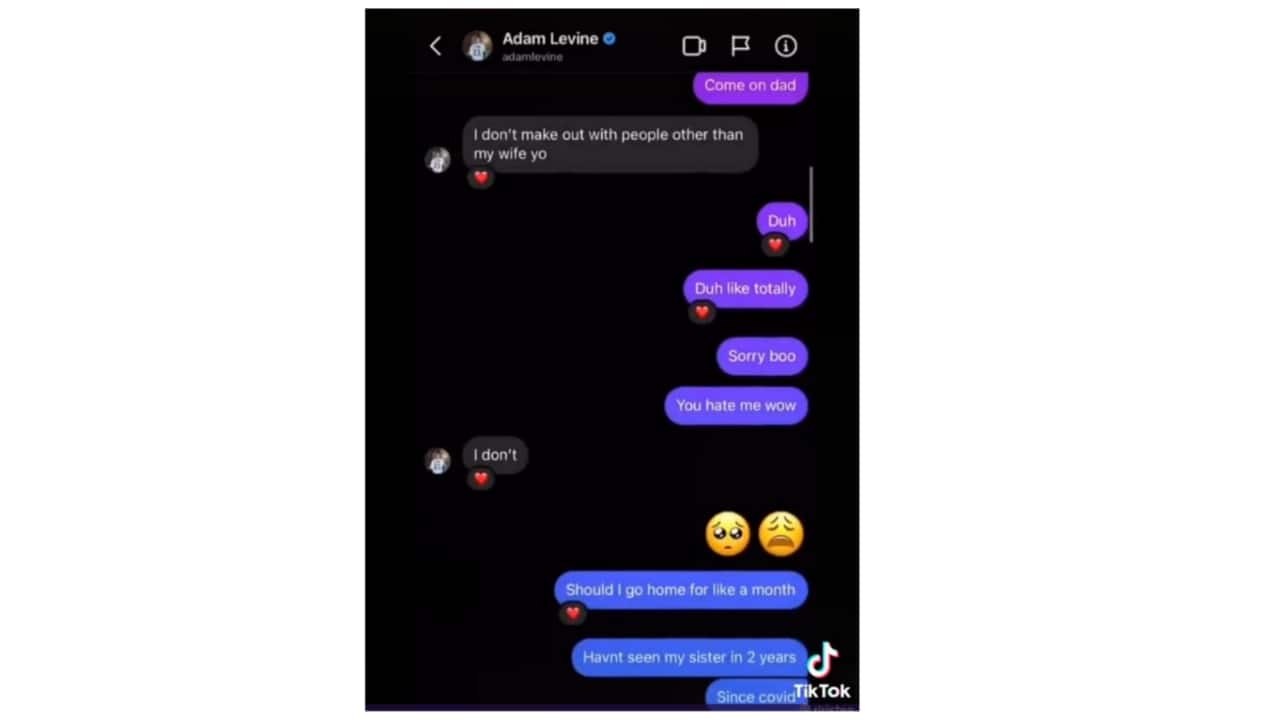 In the screenshots shared by Stroh, one message from Levine said, “I don’t make out with people other than my wife,” as a response to a text from Stroh that said, “Come on dad”.