Xiaomi Pad 5 Review: An impressive Android tablet that gives the cheapest iPad cause for concern

Is this the best Android tablet under Rs 30,000 in India?

The spike in remote learning and working, brought about by the COVID-19 pandemic, triggered somewhat of a resurgence in the tablet market. Since 2021, several of the country’s smartphone makers have been introducing affordable and mid-range Android tablets, bringing more competition to the market.

This year, Xiaomi got in on the tablet game with the Xiaomi Pad 5, the first tablet from the company to get a global debut. Xiaomi is one of India’s biggest smartphone brands and prides itself on delivering value-added devices with as few compromises as possible. And the Xiaomi Pad 5 is no exception. However, while Xiaomi does have an excellent track record in providing good smartphones and accessories at reasonable prices, it is relatively new in the country’s tablet market. So, let’s find out if Xiaomi can deliver in India’s mid-range tablet segment.

When it comes to the design of the Pad 5, Xiaomi doesn’t do a lot wrong. The tablet is perfectly sized with a 10.95-inch screen. It also weighs 511 grams and measures 6.85mm thick. On the front, the tablet has relatively slim bezels, while the camera module on the back looks similar to that of the Mi 11 Lite (Review). The tablet also has a plastic back and a Gorilla Glass 3 protection on the screen. Additionally, the Xiaomi Pad 5 has a metal frame and a matte finish. The tablet is only available in a single Cosmic Gray colour option, although it does tend to catch fingerprint smudges. The tablet has the standard ports, like a USB Type-C port on the bottom, a power button on top, and a volume button on the right. On the left, there are pogo pins to attach the keyboard accessory, while the optional Xiaomi Smart Pen can be attached to the sides of the tablet magnetically. You can also get a foldable cover to protect the tablet or use it in standing.

In terms of the display, the Xiaomi Pad 5 has one of the best screens in its segment. The tablet sports a 10.95-inch WQHD+ LCD panel with a resolution of 1,600 x 2,560 pixels. The display gets plenty bright with a typical brightness of 500 nits, while the screen also features a pixel density of 275 PPI. The panel can display up to 1 billion colours and comes with DCI-P3 coverage. The screen has excellent viewing angles and a nice 16:10 aspect ratio. The panel also boasts a 120Hz refresh rate that offers a smooth, lag-free navigating experience. For an excellent viewing experience, the panel gets Dolby Vision support, allowing you to stream Dolby Vision content on Netflix. The downside here is that the LCD panel is not very good with blacks, making darker images in scenes more difficult to view. Xiaomi also offers the option to manually adjust the screen’s colour temperature with preset colour modes – vivid, saturated, and standard. The display also has a ton of features like a dark mode and switching to a 60Hz refresh rate to prolong battery life.

For performance, the Xiaomi Pad 5 uses a 7nm Qualcomm Snapdragon 860 SoC, the same chip used on last year’s Poco X3 Pro. The chip is paired with up to 8GB of LPDDR4x RAM and up to 256GB of UFS 3.1 storage, while there’s no microSD card for storage expansion. In our Geekbench test, the tablet managed a single-core score of 777 points and a multi-core score of 2711 points. In the Compute (OpenCL) test, we saw the chip on the Xiaomi Pad 5 record a total score of 2766 points.

I also ran a few games on the Xiaomi Pad 5, including Raid: Shadow Legends, Call of Duty: Mobile, BGMI, and Diablo Immortal. Diablo was the most demanding of the titles tested on the Xiaomi Pad 5 and it ran on high settings at 30fps, although bumping up the frames per second to 60fps would require you to run the game on medium settings. The tablet also remained relatively cool while gaming. When it comes to Android tablets, the Xiaomi Pad 5 really has no equal in its price range.

Visuals aren’t the only key driving force behind a device’s entertainment experience, audio also plays a critical role. To that end, the speakers on the Xiaomi Pad 5 are phenomenal. The tablet uses quad speakers with Dolby Atmos. The speakers got pretty loud and were quite clear at higher volumes. Additionally, the speakers were also able to map and adjust stereo sound automatically when switching between horizontal and vertical orientations. They did lack bass, but for its price, I think the sound here is top-notch. 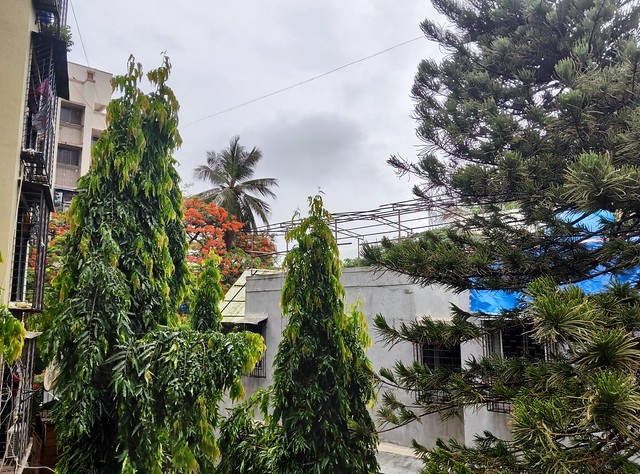 Photos, on the other hand, weren’t great with selfies looking a bit overexposed. The tablet also has a facial recognition system for biometric security unlocks. The overall image quality on the Xiaomi Pad 5 was fairly average, akin to a budget smartphone. In bright outdoor environments, the camera worked fairly well. As with most affordable tablets, the cameras here were quite functional.

The Xiaomi Pad 5 opts for a large 8,720 mAh that can take you well into the second day of use under medium to heavy use. You can set the display’s refresh rate to 60Hz to increase the tablet’s battery life. The tablet consumed around 10 percent battery life after 20 minutes of gaming in Diablo Immortal. You also get a 22.5W power adapter in the box to power up the tablet’s battery. The charger can fully power up the tablet in a little under two hours. However, the Pad 5 supports 33W fast charging if you purchase a separate adapter from Xiaomi.

On the software front, Xiaomi’s latest tablet is covered by Android 11 with MIUI 13 for tablets on top. Unlike the MIUI on smartphones, this version of the Android skin is relatively clean with very little bloatware. However, there are a ton of customisations throughout the interface that are designed to make life easier. There’s a dock and menu bar on the home screen, which does draw some inspiration from macOS. Additionally, pressing and holding on thumbnails of supported apps brings up an option that allows you to use them in split-screen mode. Floating windows can also be easily resized as per requirements, while multiple apps can also run simultaneously. It does seem that MIUI for tablets is still in its initial phase and could use some ironing out, although the overall interface was straightforward and easy to navigate through.

The Xiaomi Pad 5 comes with a keyboard, keyboard cover, and stylus. However, Xiaomi has only unveiled the price of the Cover (Rs 1,999) and the Smart Pen (Rs 5,999). The keyboard has chiclet-style keys but is quite comfortable to type on, although you’ll need a desk as it isn’t at all steady on the lap. The keyboard also has some nifty shortcuts with customisable Function keys for multi-tasking. Xiaomi also released a stylus along with the Xiaomi Pad 5, which is arguably its best accessory, considering the keyboard isn’t out yet. The Smart Pen can be attached to the sides of the tablet or top depending on the orientation. The Pen takes around 20 minutes to get a full charge and offers 4,096 levels of pressure sensitivity. Once you place the Smart Pen on top of the tablet, it will show a charging notification. The stylus feels quite nice and has two buttons that can be used to take screenshots or open up notes from Xiaomi’s Notes app. Additionally, the input lag on the stylus also felt non-existent, while the tablet also has palm rejection when using it with the tablet.

The Xiaomi Pad 5 is available at a starting price of Rs 26,999 in India for the base 6GB/128GB model, while the 8GB/256GB variant is available for Rs 28,999. So is the Xiaomi Pad 5 worth it, at this price? The simple answer would be ‘yes’! But let’s take things a bit further. The Xiaomi Pad 5 does a ton of things right, it is well built, has last battery life, delivers decent camera performance, and comes with reliable software. 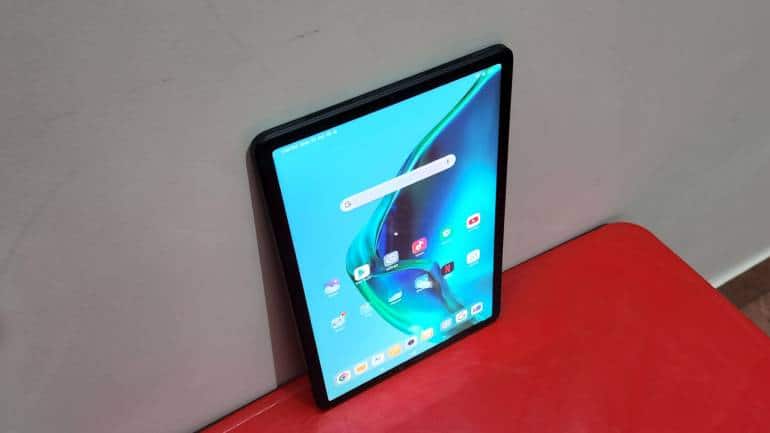 This in itself would be good for a sub-30K tablet. However, the Xiaomi Pad 5 takes things further with a superb display, class-leading performance, and powerful speakers. The tablet does have a few caveats like a lack of a headphone jack and microSD card slot, but those weren’t deal-breakers. I’d say the biggest con of the Xiaomi Pad 5 is its limitations when it comes to connectivity as it is only offered in a Wi-Fi-only option. 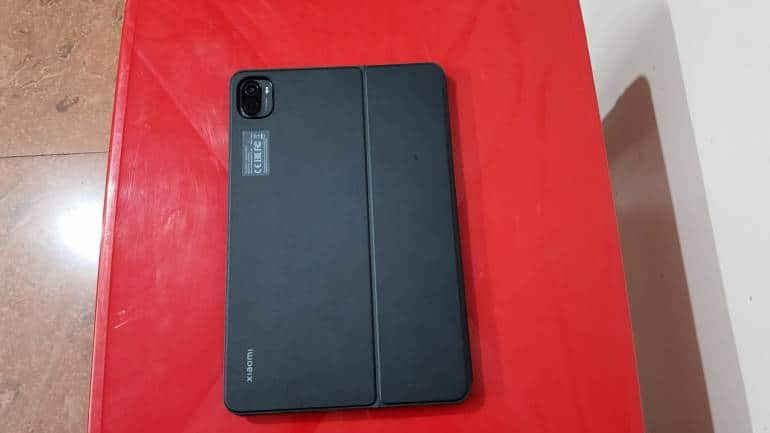 The camera features are also pretty limited considering the tablet’s price. When it comes to Android tablets in the segment, the Xiaomi Pad 5 is in a league of its own, particularly in the performance department, where it punches above its price. So, if you are looking for an Android tablet under Rs 30,000, then the Xiaomi Pad 5 should be a no-brainer, its only competitor is the iPad Air (2021), which not only fetches a higher price for less storage but also loses out on some key features.
Carlsen Martin
Tags: #Android tablet #Qualcomm Snapdragon #Tablets #Xiaomi
first published: Jun 21, 2022 01:21 pm