Samsung has announced the Galaxy A12 and Galaxy A02s. The new Galaxy A-series smartphones come with budget specifications and are set to go on sale in 2021. Samsung Galaxy A12 is a successor to the Galaxy A11, which was launched earlier this year.

Galaxy A02s has been launched in a single 3GB RAM and 32GB storage configuration priced at EUR 150 (approximately Rs 13,200).

The smartphone comes in Black and White colour options.

Galaxy A12 comes with a 6.5-inch TFT display with an HD+ resolution of 720 x 1500 pixels. The smartphone’s Infinity-V display features a tiny waterdrop notch for the 8MP front camera. 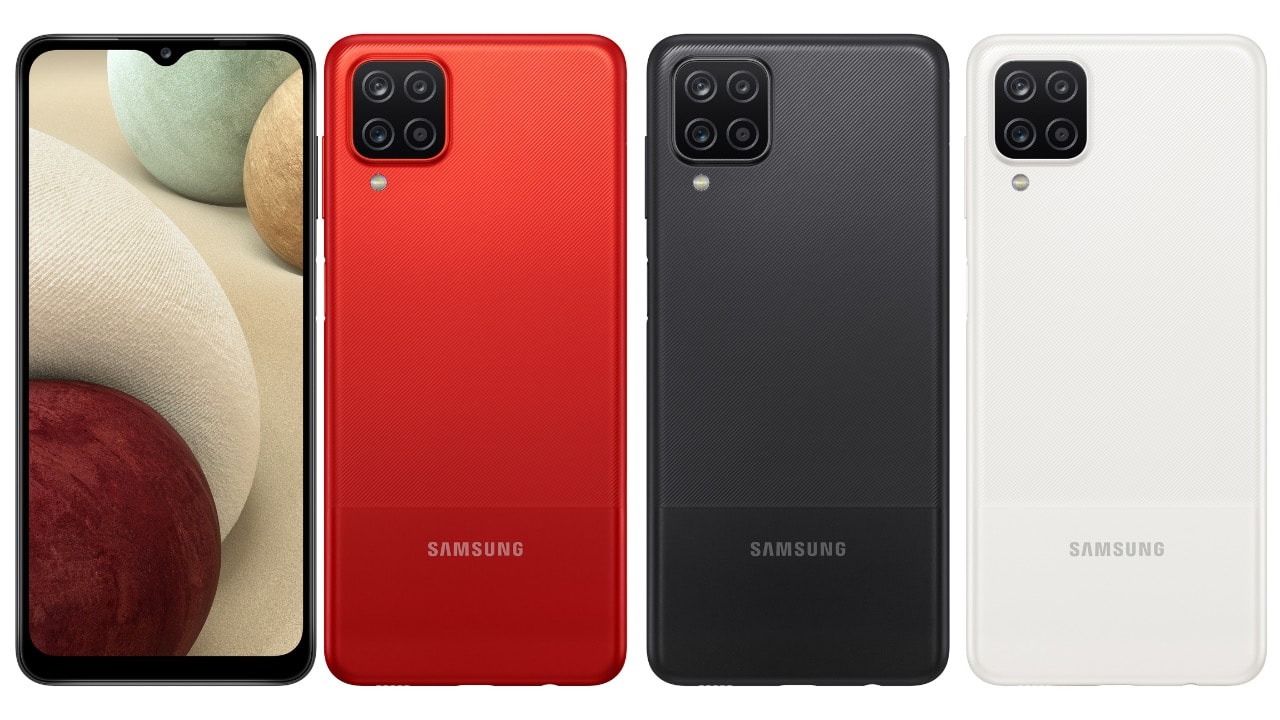 Under the hood, Samsung Galaxy A12 features an unnamed octa-core processor clocked at 2.3GHz. It was previously rumoured that the device will come with a MediaTek Helio P35 processor. The performance unit also includes 3GB/4GB/6GB RAM and 32GB/64GB/128GB internal memory. You can expand the storage using a microSD card up to 1TB.

Samsung Galaxy A02s comes with a 6.5-inch HD+ TFT display with a water-drop notch for the 5MP f/2.2 front camera. The smartphone features a triple-camera setup at the back with a 13MP primary lens. There is also a 2MP f/2.4 macro camera and a 2MP f/2.4 depth sensor. Under the hood, Galaxy A12 gets powered by an unnamed octa-core processor clocked at 1.8GHz. The performance unit also includes a 3GB RAM with 32GB internal memory. Storage can be further expanded by up to 1TB via a microSD card. The smartphone also comes with a 5,000 mAh battery with support for 15W fast charging.
Moneycontrol News
Tags: #Samsung #smartphones
first published: Nov 25, 2020 08:55 am