The Redmi K20 Pro has a lot to prove over the legacy and standards set by its competitor, OnePlus. Does it tick the right boxes to be crowned as the new Flagship Killer in town? Read our review to find out.

Xiaomi launched a midrange performance-specific device called the Poco F1 last year in India with a Snapdragon 845 processor. The company then decided to up its game and it has now launched the Redmi K20 Pro with a flagship-level design and internals.

Moreover, Xiaomi has touted the Redmi K20 Pro as the new flagship killer, a title which OnePlus smartphones have claimed over the years. While the OnePlus 7 feels more like an incremental upgrade, the OnePlus 7 Pro is certainly not an affordable flagship anymore.

Xiaomi claims that its Redmi flagship does have what it takes to be the ‘Alpha Flagship’. The Redmi K20 Pro has a lot to prove over the legacy and standards set by its competitor, OnePlus. For getting crowned as the new flagship killer in town, it needs to tick all the right boxes and not just performance.

We have examined the Redmi K20 Pro for quite some time now and here are our detailed impressions about Xiaomi’s latest offering to the Indian market.

The Redmi K20 Pro comes with the top-of-the-line internals that the latest flagships offer. It sports a 6.39-inch display with no-notch or punch-hole. Instead, the K20 Pro features a 20MP front camera that elevates from the top in 0.8 seconds.

The rear camera unit has three sensors with a 48MP primary sensor, coupled with 13MP and 8MP lenses. Under the hood, the Redmi K20 Pro gets a Snapdragon 855 SoC paired with Adreno 640 GPU for graphics. The SoC is paired with up to 8GB RAM and 256GB internal storage. It also gets a massive 4,000 mah battery with support for 27W Sonic Fast charging.

Starting with the aesthetics, the Redmi K20 Pro features an ‘Aura Prime’ glass back design with a metal frame. It has to be Redmi’s best-looking smartphone to date, at least in our opinion. The smartphone is available in three colours — Glacier Blue, Flame Red and our review unit in Carbon Black.

On the front, you have a gorgeous, crisp AMOLED display that is a first for Redmi smartphones. Xiaomi calls this display a Horizon AMOLED as the screen does not have any notch or punch-hole. The 6.39-inch Full HD+ display has minimal bezels on all the sides, except a marginally thicker chin, and this has resulted in a screen-to-body ratio of 91.9 percent. Being an AMOLED, the Redmi K20 Pro gets the Always-On display feature that is useful for displaying the time and notifications from various apps. The display supports HDR and DCI-P3 colour gamut. It also offers good viewing angles and contrast, even in bright outdoors and direct sunlight.

The display comes with features like Anti-Flicker mode, courtesy of the DC Dimming support which is also found on its competitor, the OnePlus 7. You can also choose the contrast colours between Automatic, Increased, and Standard in the Settings.

The left side of the smartphone is completely blank as the volume and power buttons are positioned on the right. At the top, there is the pop-up camera, a mic, and a 3.5mm headphone jack. 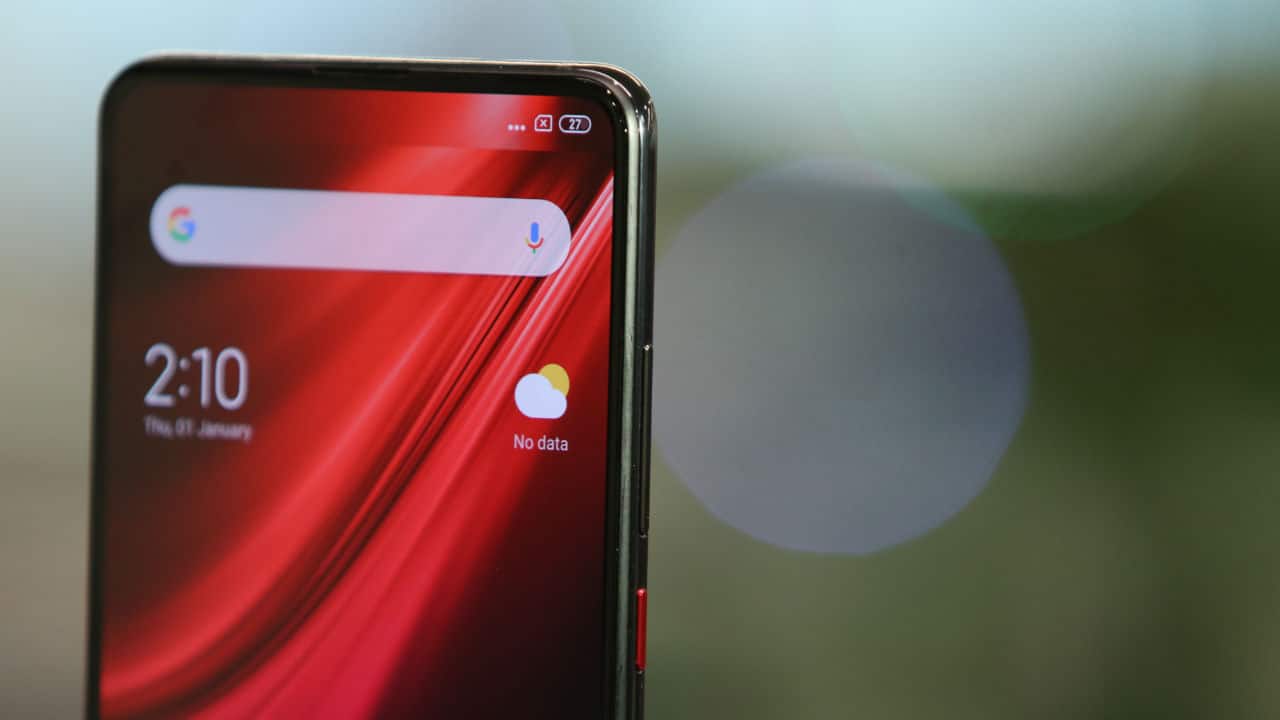 The bottom might feel slightly crowded with the SIM-tray, USB Type-C port, microphone and the speaker grille placed next to each other.

The back panel gets a triple camera unit aligned vertically with the LED flash placed below it.

The Redmi K20 Pro gets powered by a Snapdragon 855 SoC with Adreno 640 GPU for graphics. Coupled with up to 8GB RAM, this internal unit is assured to perform like a beast.

Not just multi-tasking, but even gaming on the K20 Pro is absolutely lag-free. Apps that were launched hours back resumed where we played PUBG and Asphalt 9 on the smartphone with the highest settings loaded by default. This shows how good is the RAM management and its integration on this phone.

During our two-match session in PUBG, we did not experience even the slightest of jitter or frame drop. The frame rate was by-default set as High and graphics as HD.

To assist gameplay, the K20 Pro comes with GameBoost 2.0 that enhances and makes adjustments in the performance of the smartphone for better assistance and jitter-free gameplay experience.

At the launch event, Xiaomi spoke about the tech it has used to curb down the heating during intensive usage. The Redmi K20 Pro features an eight-layer cooling system to manage heat dissipation, which in our experience, works well enough. The phone barely heated with our hands feeling slightly warm after nearly 45 minutes of heavy usage.

With that amount of time spent on gaming, the battery dropped only by 18 percent. A point to remember here is that the brightness was kept on the higher side. The 4,000-mAh battery in the K20 Pro is big enough to offer juice for more than a day. Xiaomi has coupled an 18W fast-charger inside the box. However, the company does provide a 27W charging brick as an accessory.

To tick-off the right boxes of a true flagship, it needs to excel in the camera department. The Redmi K20 Pro’s triple camera setup seems to do justice to the flagship claim. It features a 48MP primary sensor that uses 4-in-1 Pixel Binning to offer 12MP shots. There is a 48MP mode in the camera app to click photos using the primary sensor only. The other two sensors include a 13MP ultra-wide lens and an 8MP telephoto lens.

Photos shot using the primary sensor come out crisp with enough saturation. When AI scene recognition is enabled, the images tend to come a bit more saturated than when disabled. When zoomed in, the images offered a good amount of detail as even texts on signboards were readable. 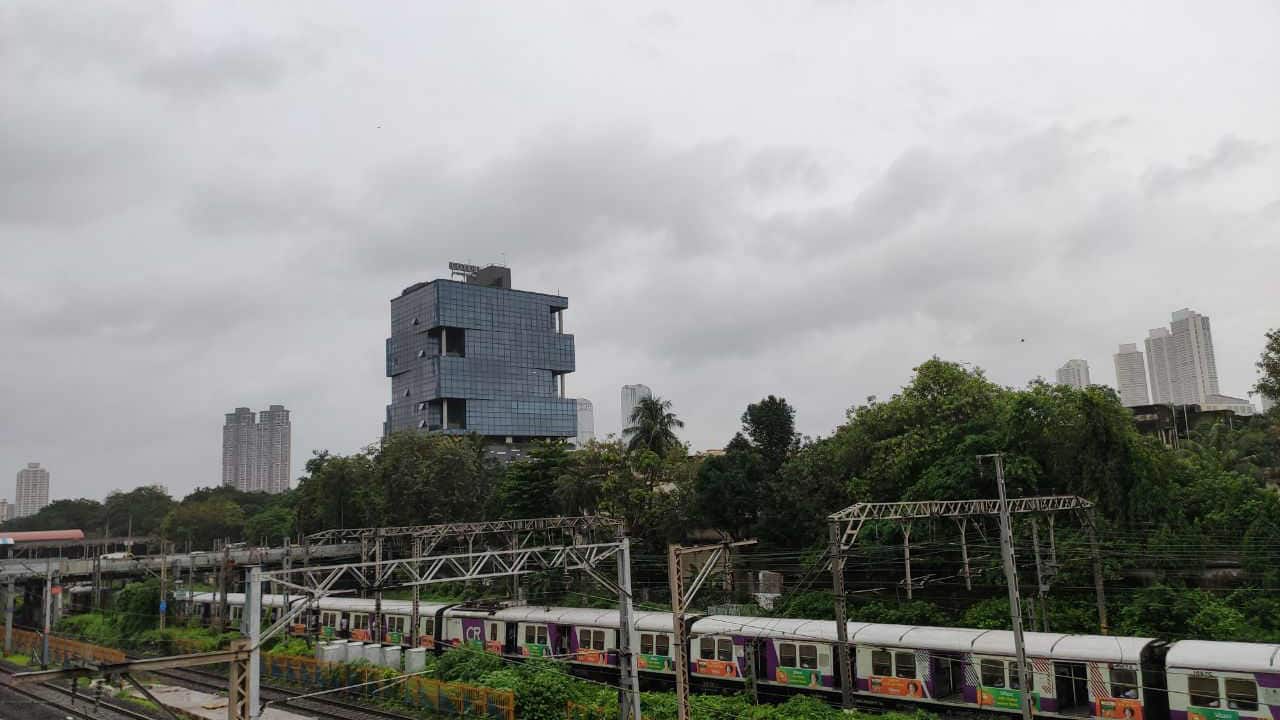 The 2x zoom, apart from a closer shot, is also used for portrait modes by default. However, if you wish to use the primary camera, there is a ‘Full Body’ mode option on the top left of the camera app. 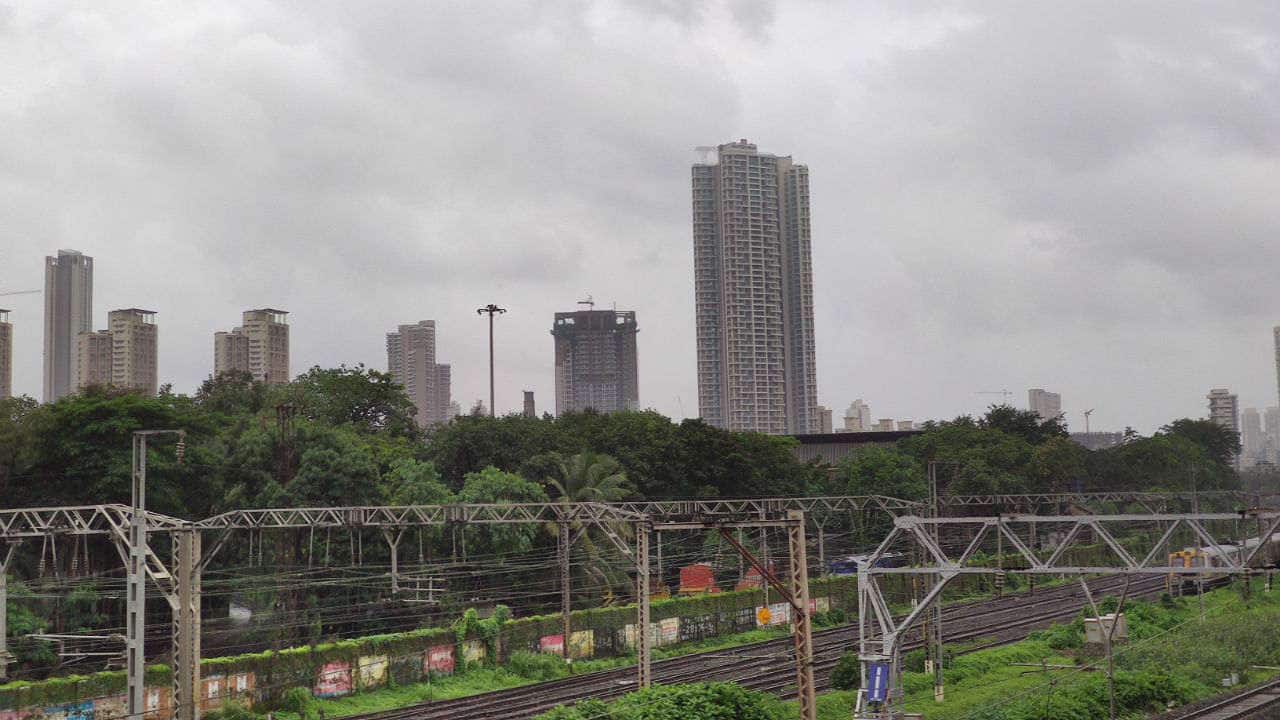 The 13MP 124.8 degree ultra-wide sensor impressed us with the number of details. However, the objects on the sides were left curved, and we wish if Xiaomi could have done something about the distortion. Other than this, the camera app comes loaded with a bunch of filters. Our favourite certainly has to be the AI SkyScaping that changes the Sky’s colour as per the user’s liking. There are five options, namely Sunny, Cloudy, Rainbow, Glow, and Sunset. Honestly, we thought these filters would just add an additional layer over the original image and the output may not be as good. However, the results did surprise us as the images looked real. Even the colours on reflective surfaces matched the sky’s colour. Good job here, Xiaomi. The one department where the Redmi K20 Pro lags is during low-light scenarios. The device does offer ‘Night’ mode that takes a couple of seconds to capture and process the image. Low-light shots clicked using the ‘Night’ mode would offer some details with the exposure on a slightly higher side. 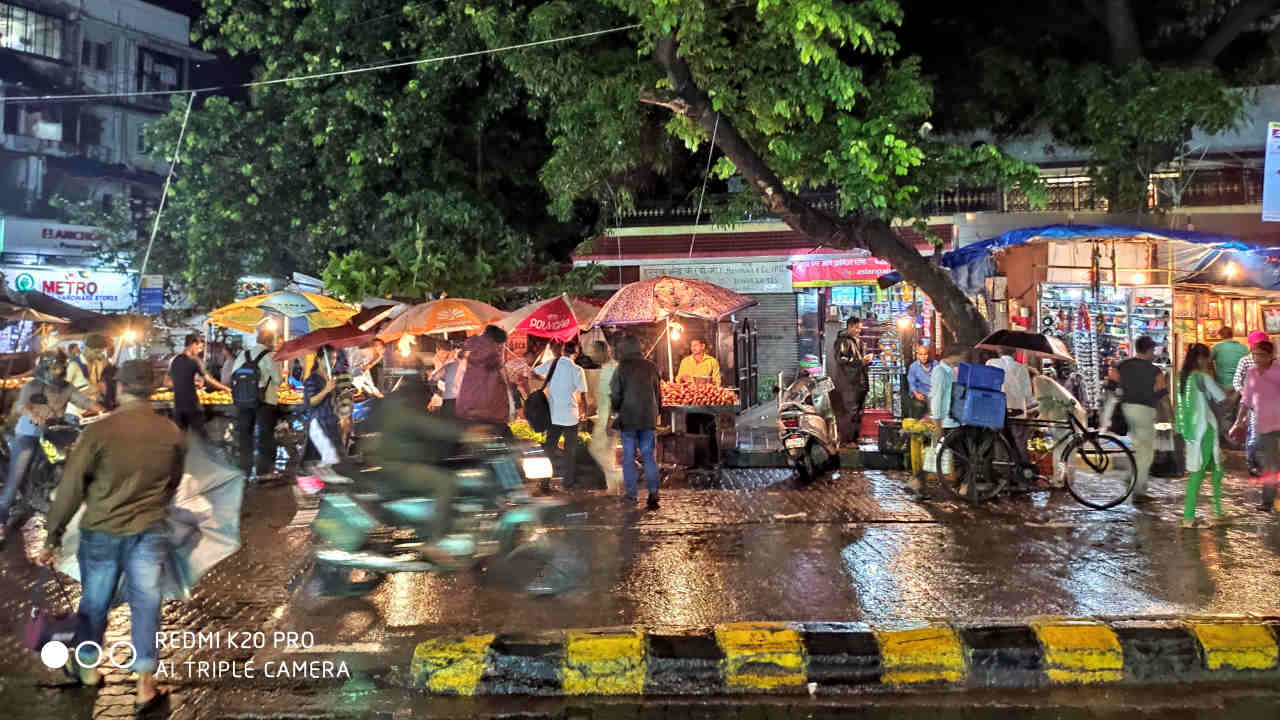 For selfies, there is a pop-up camera with a 20MP sensor. The pop-up motor has red LEDs on either side that does nothing but add visual effect. Front camera’s output is a little something to worry about as it softened the skin a bit too much to our liking. The background was also washed out in some photos. Perhaps, Xiaomi may fix this with a software update.

The Redmi K20 Pro boots on Android 9.0 based MiUi 10 out of the box. One of our favourite features is the dark mode that is already available without the need to wait for Android Q. The feature is not gimmicky as it makes the best use of the AMOLED panel, offering deeper blacks and also saves battery.

Other features of the MiUi 10 include gestures, Picture-in-picture, a variety of animations among other things. The OS comes loaded with pre-installed apps like DailyHunt, Amazon, Google Duo, Paytm and a bunch of Mi apps like Mi Pay, Mi Credit, Mi Video, among others. These apps do throw in a bunch of notifications that can get annoying.

Another complaint that was doing the rounds and there were speculations with the K20 Pro was personalised ads. Xiaomi has confirmed that there would be no ads displayed on the K20 Pro. Personalised ads can be turned off while setting up the device.

The Redmi K20 Pro Android Q update should be around the corner upon release.

We’ll give our verdict based on the question we asked at the beginning of this review. Does the K20 Pro out-do the Poco F1? Yes, it does. Is it better than the OnePlus 7? Maybe.

The Redmi K20 Pro features the latest flagship processor and a lot of buffer memory and battery backup to handle intensive usage.

Add to it the gorgeous design with a beautiful AMOLED display that has no-notch, therefore, no interference while viewing content. Overall, the Redmi K20 Pro, according to us, is the best-looking Xiaomi smartphone till date.

Compared to the OnePlus 7 where the display gets a tiny notch and feels like an incremental upgrade over the OnePlus 6T.

Even the cameras on the Redmi K20 Pro perform great in most conditions. The rear camera unit would surprise you with the details and crisp output with enough saturation and contrast.

Our favourite has to be the AI SkyScaping feature that literally blew our mind after we saw the processed output. The camera, however, misses out on OIS, which is a bummer.

The areas where we think Xiaomi needs to pay some attention are low-light performance and selfie camera. Results in both these modes had some noise or higher exposure.

If you compare it to OnePlus’ OxygenOS, the Redmi K20 Pro may fall just a bit behind. The Oxygen OS could be a definite pick for someone who wants something close to Google’s stock Android OS experience.

Now for the big question: Is the K20 Pro a better pick over the OnePlus 7? We certainly feel so.

The Redmi K20 Pro starts at Rs 27,999 for the 6GB + 128GB variant, whereas the 8GB + 256GB variant is priced at Rs 31,999. The pricing may seem higher for some, but one should not forget the fact that it is the most affordable flagship to offer top-of-the-line features for at least half the premium, if not more.

Don't forget, this is not a follow up of the Poco F1, there may still be a Poco F2 but nevertheless K20 Pro is an important phone for Xiaomi which is fighting with tooth and nail to grab that flagship pedestal. It just gets more exciting.
Pranav Hegde
TAGS: #Redmi #smartphones #Technology #Xiaomi
first published: Aug 1, 2019 01:12 pm