Redmi 10 Prime Review: A massive upgrade over Redmi 9 Prime in every area including the price

Xiaomi launched the Redmi 10 Prime in India in early September. The handset offered several upgrades over its predecessor the Redmi 9 Prime but also a significant price bump.

Can the Redmi 10 Prime live up to its specs and its price tag? Read on

Xiaomi has made quite a few tweaks to the design. I like the fact that it has opted for a smooth finish instead of a textured one. The phone is available in three colours— Phantom Black, Astral White, and Bifrost Blue (Our Unit). The back and frame of the device are made of plastic, which isn’t new at this price but the glossy finish makes it a fingerprint magnet. The other noticeable difference is the new camera layout. The module is significantly bigger than its predecessor and is located on the side rather than the centre. The screen has an updated hole-punch camera cutout and is protected by Gorilla Glass 3. The phone has a USB Type-C port at the bottom and a headphone jack on the top. The SIM tray is on the left, while a volume rocker and power button/fingerprint reader sit on the right. The phone weighs around 192g and feels solid and is easy to grip, thanks to the round edges and sides. The overall design of the Redmi 10 Prime is a refreshing change from its predecessor.

One of the highlights of the Redmi 10 Prime is its display. Xiaomi has not only delivered a high-refresh-rate panel here but it also boasts an FHD+ resolution. The combination is a rarity at this price. The Redmi 10 Prime sports a 6.5-inch FHD+ IPS LCD screen with a 90Hz refresh rate and a 20:9 aspect ratio. 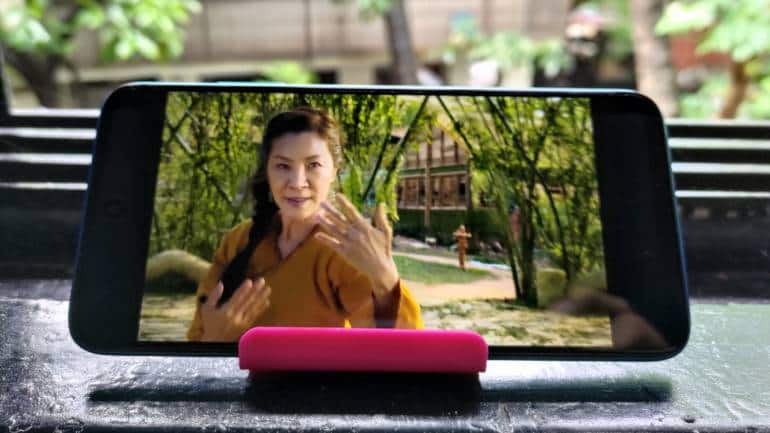 The display gets quite bright and has a typical brightness of 400 nits, which is good at this price. It is worth noting that the device has an adaptive refresh rate that defaults to 60Hz when streaming videos, 45Hz when viewing static content, and 90Hz when gaming or navigating through the device. I think the display here is an absolute game-changer for the price.

The Redmi 10 Prime is powered by the MediaTek Helio G88 SoC, which does offer performance similar to the MediaTek G85 SoC. The chip is paired with up to 6GB of RAM and up to 128GB of storage. In Geekbench, the chip managed a respectable single-core score of 383 points and a multi-core score of 1,201 points. Battlegrounds Mobile India defaulted to high settings on the Redmi 10 Prime, while Call of Duty: Mobile was set to medium by default. The phone also ran Asphalt 9 without any performance issues. After an hour of gaming, the phone didn’t get too hot, handling heat relatively well. It is worth noting that while performance on the device was respectable, we did have the 6GB RAM version.

For optics, the Redmi 10 Prime gets a quad-camera setup with a 50 MP Samsung SOCEL JN1 sensor at the helm. The sensor measures 1/2.76" with 0.64µm pixels and is built on the ISOCELL 2.0 technology. The sensor has an f/1.8 lens and comes with Double Super PD autofocus and real-time HDR. The other three cameras include an 8 MP ultrawide shooter with an f/2.2 aperture and a 118-degree field of view, a 2 MP macro unit, and a 2 MP depth sensor. In daylight, the Redmi 10 Prime’s main camera takes good photos with plenty of detail and decent dynamic range. Colours appear vivid but there’s a bit of inconsistency going on here and the colours don’t always look realistic. The images also tend to fall short in the contrast department, while over-sharpening does tend to be an issue. However, when you move indoors noise tends to start increasing and sharpness decreases.

The 50 MP mode is good for capturing more detail in the image, but again, this comes at the cost of sharpness. It is worth noting that HDR doesn’t work in the 50 MP mode.

For a budget smartphone, the Redmi 10 Prime’s ultrawide camera was above average with less edge softening and good detail. The overall images taken from the ultrawide in daylight are generally clear with good contrast. The macro camera can be mildly effective in daylight but often tends to miss the mark. Nevertheless, it is a good addition to this segment. 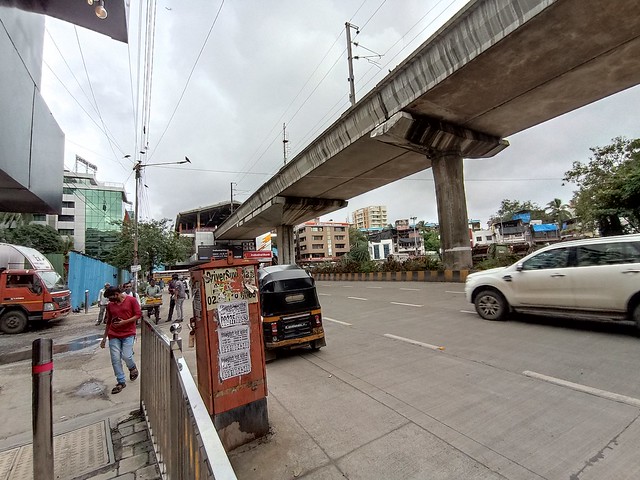 The Redmi 10 Prime does a pretty solid job brightening up photos but does little else. If you have decent ambient light to work with, you should have social-media-ready photos using night mode on the main camera. Considering the price, there are the usual issues with noise and contrast, although the detail and dynamic range are quite good, all of which contribute to pretty decent photos. I would say the night mode on the Redmi 10 Prime is pretty solid for a budget smartphone and punches above its price. Portrait shots on the Redmi 10 Prime require a good amount of ambient light and fall apart without it. The selfie camera is quite reliable, pumping out shots in vibrant colours and good dynamic range. You can record 1080p video at 30fps on both the main and the ultrawide cameras. There’s no stabilization and the footage tends to fall apart when shooting anything other than bright outdoor scenes.

The camera setup is nothing to write home about but the main camera here is a big step up from the 13 MP main shooter on the Redmi 9 Prime. Even the ultrawide camera surprised me but it was the same old story with the macro unit. The Redmi 10 Prime has a solid set of cameras for its price, though you can do better with a slightly larger budget.

Another highlight of the Redmi 10 Prime is its 6,000 mAh battery, which offers enough juice to keep you going well beyond a day and a half.

In my testing, the battery ran an entire day with 20 percent to take into the next day and this was after at least two hours of gaming. The battery supports 18W fast-charging but Xiaomi has included a 22.5W adapter in the box. The USB Type-C port also supports 9W reverse charging, which is quite useful for certain accessories, especially considering the battery’s size. It is safe to say that battery life on the Redmi 10 Prime is as good as it gets.

The Redmi 10 Prime runs on Android 10 with the latest version of MIUI (12.5) on top. The software runs smoothly, offers an abundance of settings and customisations but doesn’t quite offer a clean aesthetic. The bloatware that comes with MIUI is rather unfortunate, with a lot of apps that come pre-installed and some system apps that cannot be uninstalled. However, you can remove most of the unwanted third-party apps. But first-party apps also tend to have a bit of notification spam, which is inconvenient. It isn’t all bad though. You can find some useful features like Game Turbo, Second Space, Lite Mode, and more. I do hope Xiaomi offers more flexibility to remove pre-installed apps in the future.

The Redmi 10 Prime offers everything you’d expect of a budget smartphone, and more.

It has a large display and battery, comes with fast-charging supports, features decent cameras and is equipped with a reliable chipset for gaming and multi-tasking. Add to that a high-refresh-rate display and segment-leading battery life.

There’s no doubt that the leap here is quite a significant one over the Redmi 9 Prime. At its price, the Redmi 10 Prime offers the best hardware for any smartphone in India. But it isn’t just the top-end Redmi 10 Prime model that is the issue here.

Even at Rs 12,499, competition is quite fierce with the Moto G30 and the Realme 8i emerging as better alternatives in some instances like software and performance.

I’d say that the base model of the Redmi 10 Prime is easy to recommend but if you want to save some money, the Moto G30 is a great alternative, while the Realme 8i will set you back a little more for better gaming performance.
Carlsen Martin
Tags: #smartphones #Xiaomi
first published: Sep 26, 2021 12:22 pm