Contest Alert:Last day to win Amazon vouchers worth Rs 5000. Take the MCPRO Quiz today to grab yours!
you are here: HomeNewsTechnology

While the app lets you delete your Aarogya Setu account, it is important to note that the data will be deleted from the government servers only after 30 days.

Aarogya Setu, the COVID-19 contact tracing tool developed by the Indian government, has released a new update allowing users to delete their account and all the associated data stored in the app. It has also introduced a couple of more new features like giving health data access to third-party apps and using Bluetooth contacts to assess risk levels associated with coronavirus.

To get these new features, users must update the Aarogya Setu app to iOS version 2.0.0 from the Apple App Store and version 1.3.1 on Android from the Google Play Store.

Users can simply tap on the Settings option that can be found in the hamburger menu (three horizontal lines) on the top-left corner of the Aarogya Setu app.

Next, tap on ‘delete_account_file’ on your iOS device and enter your registered phone number to delete the account and erase all your data. On Android devices, the same option will read as ‘Delete My Account’. 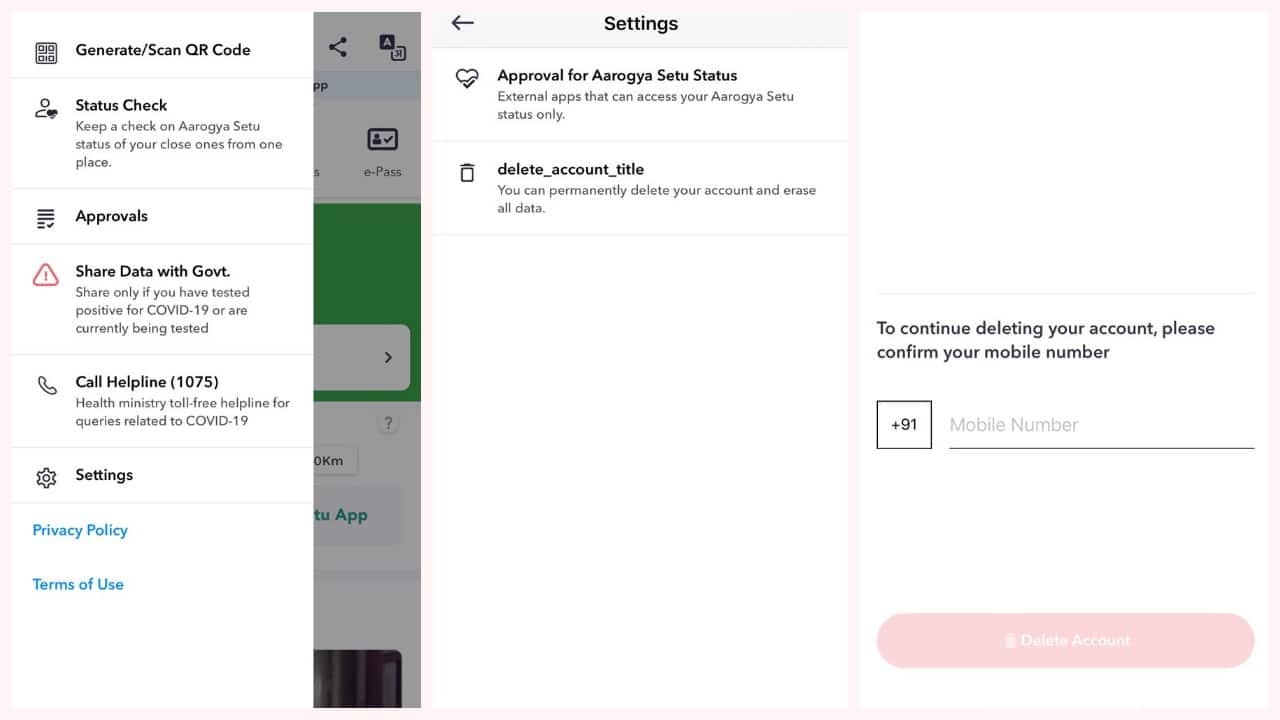 While the app lets you delete your Aarogya Setu account, it is important to note that the data will be deleted from the government servers only after 30 days. This is still a better option as the app previously did not provide any way to either delete the account or associated user data.

Users can give approval to third-party apps for accessing their health data on the Aarogya Setu app. To do so, go to Settings > Approval for Aarogya Setu status. The same option will give you a list view of apps and users that have been granted access to your health data. As of now, the feature is live only on the iOS version of the app.

The third new feature allows users to access the risk levels using their Bluetooth contacts. The feature lets you know the number of people with whom you have been in close proximity by using your smartphone’s Bluetooth technology.

Also read: COVID-19 Exposure Notification API from Apple, Google may not work with Aarogya Setu - here is why