Space out and explore the universe without leaving home

If NASA’s new 2020 missions have inspired an interest in science and celestial objects, these apps and sites can open a whole new batch of worlds.

After almost nine years of astronauts hitching rides off the planet, Americans are finally traveling on their own rockets again with this week’s NASA-SpaceX launch of crew to the International Space Station. And with Perseverance, another NASA rover vehicle, headed to Mars this summer, 2020 is shaping up to be a busy year on the final frontier.

If you find yourself with a new (or renewed) interest in America’s space program or general astronomy, you’re in luck — the web is full of free and inexpensive learning resources to feed your mind. You can even find a few science projects to keep the family busy. Here’s a guide.

The main NASA website is a great place to discover the past, present and future of the country’s role in cosmic exploration. Along with history articles and multimedia, the live NASA TV video stream is on the site, as are links to the agency’s expansive presence across social-media channels (including Giphy, SoundCloud and Twitch).

Visit the downloads section of the site for links to NASA’s mobile apps or free e-books including the “NASA Systems Engineering Handbook.” There’s also an audio library with clips you can use as ringtones or computer alerts, like the foreboding “Houston, we’ve had a problem” warning from the nationally nerve-racking Apollo 13 mission in 1970. 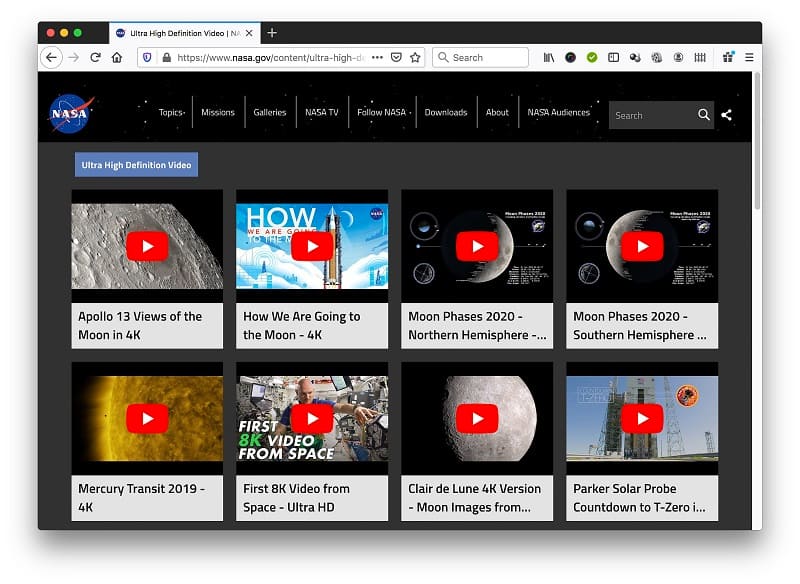 NASA maintains many other websites, as does its Jet Propulsion Laboratory at the California Institute of Technology, which hosts sites for the Mars projects, for solar-system exploration and even the old 1970s Voyager interstellar probes. Want to know when to look up for a meteor shower or the next photo-worthy supermoon? Bookmark or subscribe to an astronomy calendar. For example, TimesandDate.com hosts a Calendar of Cosmic Events that notes eclipses, equinoxes, solstices and more.

To get major astronomical events to appear automatically on your online calendar, search for a subscription option, like the Moon Phase &amp; Astronomy Calendar. And the Science desk of The New York Times maintains its own astronomy and space calendar that works with Google Calendar and the iOS Calendar app.

When you’re ready to explore the cosmos on your own, use your smartphone; just search for “astronomy” in your app store. Many popular apps combine augmented reality, 3-D models and your location information to provide a customized guided tour of the sky. SkySafari has apps for Android and iOS on several enthusiast levels (paid versions range from about $3 to $40), and the more expensive editions include mobile control for compatible home telescopes. And if you don’t have your own telescope, peek at the images by the Hubble Space Telescope on its official website.

Although many institutions have been affected by the COVID-19 pandemic, their online exhibits are up. For example, the Smithsonian’s National Air and Space Museum website has several displays to browse — as well as other content in the free Google Arts &amp; Culture app for Android and iOS.

Google’s app also lets you take a tour of Intrepid Sea, Air and Space Museum, and the complex’s own site hosts virtual learning events. And if your apartment is feeling cramped, the site for the Hayden Planetarium at the American Museum of Natural History has a free educational version of its Digital Universe 3-D atlas as a hefty download for desktop systems.

Colorful planets and rolling rovers have a certain appeal for children and can help foster an early interest in science, technology engineering and mathematics. Chicago’s Museum of Science and Industry offers a Science at Home collection of hands-on projects for children, like designing a parachute or building a “stomp rocket.”

The California Science Center has several projects as part of its Stuck at Home Science activity series that teaches material using household supplies.

NASA’s website has a huge area devoted to STEM education projects and resources for students of all ages to use or download — like free bookmarks with biographies of Katherine Johnson and the math wizards of “Hidden Figures” fame. Lessons start at the kindergarten level to teach fundamental concepts in physics and engineering, like a pasta project that has students “use uncooked spaghetti to build the tallest free-standing structure that will support a marshmallow for at least 15 seconds.” And if that project leads to culinary questions, search the NASA site for its “Eating in Space” videos.

c.2020 The New York Times Company
Invite your friends and family to sign up for MC Tech 3, our daily newsletter that breaks down the biggest tech and startup stories of the day
New York Times
Tags: #science #space #Technology
first published: May 28, 2020 10:24 am