Instagram accounts that keep you clued into the watch scene, and expand your horological universe.

From breathtaking photography to little-known insights into iconic watches, Instagram is just the place for a watch enthusiast. Of course, it is also awash with show-offs, but, on the flip side, there are also accounts that sort of not only keep you clued into the watch scene, but also expand your horological universe, so to speak. Here are some of them.

About a decade ago, London-based Anish Bhatt quit his job and teamed up with two photographers to document what young and trendy men were wearing on their wrists and blog about it. Today, with 1.7 million followers, including CEOs of multinational corporations, footballers, and movie stars, a bevy of luxury watch as well as clothing brand tie-ups and a jet setting lifestyle (pre-Covid), the stylish watch enthusiast sets the benchmark for aspiring influencers. Bhatt’s feed features glimpses into a life of affluence (think Pateks and fresh oysters) as well first-looks at some extremely covetable—and high end—watches.

If you are reading this, you are probably a watch enthusiast. And if you are one, chances are you’ve tried your hand at watch photography with your smartphone, or, depending on the intensity of your passion, a proper DSLR. Watch lovers of all kinds, and especially those who can’t stop themselves from clicking photos of their watches, should follow Atom Moore. New York-based Moore is a master of the craft of watch photography, and works with a bunch of top end brands, including Grand Seiko and Vacheron Constantin. According to an interview he gave to an online publication, his signature style is “to take macro photography of every aspect of watches and clocks and manipulate them into something different.” Moore’s feed has a lot of the macro stuff that make you go ‘wow’, but you’ll also find him playing with light and shadow and textures and coming up with stellar photos of achingly beautiful timepieces—both vintage and contemporary.

The Russian watchmaking industry’s chequered history hasn’t dimmed the appeal of its watches one bit. Each one of us wants a Sturmanskie, or a Strela, or a Vostok—the older they are, the better—and get more familiar with the nationalist and utilitarian aesthetics that have birthed several affordable classics. Moscow-based Yury Kravtsov’s page is a good place to dip your toes into Russian watchmaking and learn more about its heritage. @sovietwatchmuseum mostly features watches made between the 1930s and the early 1990s—watchmaking in Russia began after the Russian Revolution—and Kravtsov regularly puts out appetising morsels of information complemented by well-shot photos of rarely seen Russian watches. If you are the sort who goes ape over space watches and Arctic watches and considers Sturmanskies to be the height of cool, this is the handle to follow. 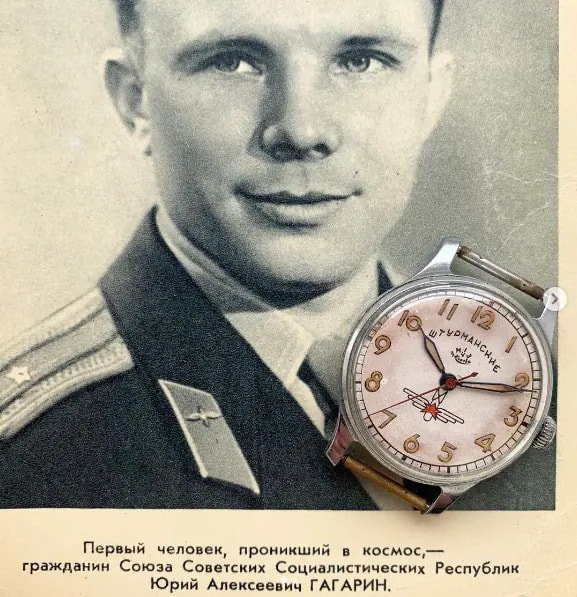 Roni Madhvani doesn’t do massive watches, or complications, and he is not concerned with what’s trending. Instead, the entrepreneur, who is based in Uganda and has hospitality interests in India, only collects time-only watches from Patek Philippe, Audemars Piguet, Vacheron Constantin, and Cartier made between 1945 and 1965, the golden age of watchmaking. Madhvani’s focus on the era is an extension of his broader interest in Art Deco and in the art that emerged from those decades. On Madhvani’s feed, watch lovers can expect to encounter watches made by Gilbert Albert, the Geneva-based jeweller famed for his path-breaking asymmetrical designs; timepieces with outrageously unconventional lugs, and some stellar bespoke Cartiers.

At Bulgari, the design buck stops with Fabrizio Buonamassa Stigliani. And the design director of the brand has been doing a mighty fine job (he’s the man behind the Octo Finissimo). Stigliani’s feed gives you a glimpse into the mind—and sketchbook—of a watch designer, but watches are not the only thing on his mind. One can expect to find posts on jewellery, cars (Stigliani previously designed cars for Fiat), and Rome.