India reported more than 22,000 new COVID-19 cases on March 11 for the previous 24 hours. Active cases in the country increased to 1.89 lakh. However, over 2.56 crore beneficiaries have been been administered the vaccine so far.

India reported 126 new deaths and 18,100 new recoveries in the previous 24-hour period, the latest numbers showed. As many as 2.56 crore beneficiaries have been administered the COVID-19 vaccine across India according to the March 11 update. The state of Maharashtra further reported the most (54 or 43 percent) new deaths, followed by Punjab (17), Kerala (14), Chhattisgarh (8) and Karnataka (6). These five states accounted for 79 percent of all new deaths reported across the country during the period. 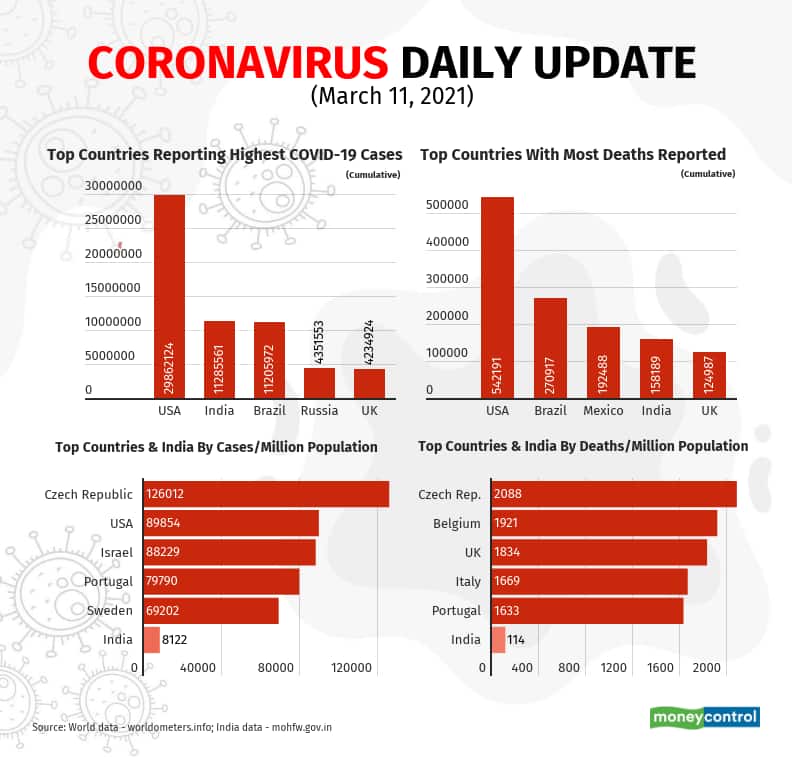