As per the Budget 2021 plan lined up by Finance Minister Nirmala Sitharaman under the National Infrastructure Pipeline (NIP), the Railways sector is expected to see investment worth Rs 11.43 lakh crore till 2024-25

The Union Budget has lined up the highest-ever capital expenditure (capex) plan of Rs 2.15 lakh crore for the Indian Railways for the financial year 2021-22.

This is 29 per cent up compared to the capex plan for 2020-21, which was Rs 161,042 crore. This is going to be spending on major infrastructure projects of the railways including the construction of new lines, doubling, tripling and electrification, overhauling of the existing signalling and telecommunication system, station redevelopment and introduction of modernized rolling stock.

Moving in line with the National Rail Plan 2030, the Union Budget 2021 focussed on Railway infrastructure development – including proposals to come up with new dedicated freight corridors (DFCs).

The Budget has provided a record Rs 1,10,055 crore for Railways, of which Rs 1,07,100 crore will be for capital expenditure. The Budget indicated that the Western DFC and Eastern DFC will be commissioned by June 2022.

In addition, the Sonnagar – Gomoh Section (263.7 km) of Eastern DFC will be taken up in public-private partnership mode in 2021-22. Similarly, Gomoh to Dankuni section of 274.3 km will also be taken up in short succession, finance minister Nirmala Sitharaman said in her Budget speech on February 2.

She added that 100 percent electrification of Broad-Gauge routes will be completed by December 2023. The Indian Railways electrification is expected to touch 46,000 route kilometer (km) or 72 percent of the total track length in 2021, up from 41,548 RKM on October 1, 2020.

As per the plan lined up by the Centre under the National Infrastructure Pipeline (NIP), the Railways sector is expected to see investment to the tune of Rs 11.43 lakh crore till 2024-25. Total capital expenditure between 2014-20 was Rs 6 lakh crore, which was more than double of total expenditure during 2009-14. 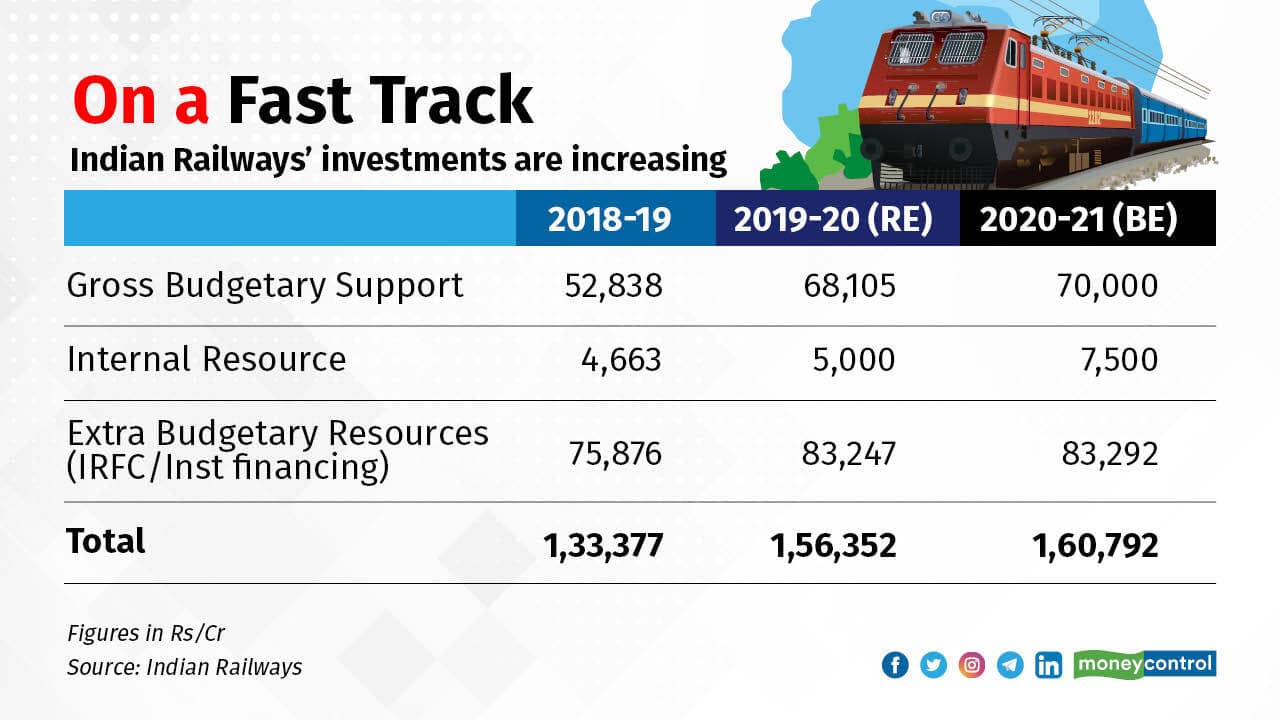 Currently, the Indian Railways has taken up 498 Railway projects of 49,069 kilometre (km) length, costing Rs 6.75 lakh crore, which are in different stages of planning, sanction, and execution. Out of this, 58 are considered as supercritical and 68 as critical projects. Besides, to increase the carrying capacity of passengers and ensure meeting the needs of the freight traffic, 247 doublings, 189 new lines, 522 traffic facilities, and 55 gauge conversion works are sanctioned.

One of the major causes of concern for the railways during the last year’s budget was an increase in its salary payout to Rs 92,993.07 crore for 2020-21, about Rs 6,000 crore more than 2019-20. In last year’s Budget, Sitharaman had announced the introduction of Kisan Rail through a public-private partnership model. By the end of December, the government had operated around 100 Kisan Rails, making the scheme a major success amid pandemic.
Shine Jacob
TAGS: #Budget #Budget 2021 #capex #doubling #railways #track renewal
first published: Feb 1, 2021 02:27 pm