Foreign homebuyers constitute less than 5% of the total real estate buyers in Canada. According to Census 2021, the total Indian population in Canada is approximately 1.858 million. Indians make up around 5.1% of the Canadian population.

With an aim to make more homes available and affordable for its own citizens, the Canadian government has decided to ban immigrants from buying property in the country for two years. This move is expected to lead to  reduced demand among non-Canadian resident Indians,  real estate experts feel.

The order states that the ban comes into effect from January 1, 2023 and as an exception, refugees and permanent residents have been permitted to purchase land. Also, the ban would apply only to city dwellings and not to recreational properties.

Canadian Prime Minister Justin Trudeau had proposed the measure during his 2021 election campaign to combat rising real estate prices. "The desirability of Canadian homes is attracting profiteers, wealthy corporations, and foreign investors," the Liberal Party had said then.

The Canadian Real Estate Association (CREA) said in a statement, “Canada has built a reputation as a multicultural nation that welcomes people from around the world. As currently proposed, the prohibition on the purchase of residential property by non-Canadians can impact our reputation as a welcoming nation.”

“The potential benefits of the ban are likely to be modest,” it added. 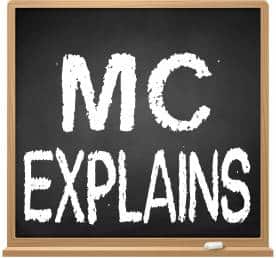 It is to be also noted here that the stamp duty in any case was one of the highest for foreign buyers in Canada, ranging from 15-25 percent depending on the provinces. The government also imposes a 1 per cent annual “underused housing tax” on the value of the residential property owned by foreign non-resident buyers.

Puri also explains that besides the years when there was a financial crash and COVID-19,  the real estate market has always given good returns in the Canadian markets. (Refer to graph) Foreign homebuyers constitute less than 5% of the total real estate buyers in Canada. According to Census 2021, the total Indian population in Canada is approximately 1.858 million. Indians make up around 5.1% of the Canadian population, explains Puri.

Popular provinces where Indians invest and why?

“These two geographies have huge job opportunities and hence you will a large section of Indians living in these areas. Besides, British Columbia too has a large Indian diaspora due to climatic reasons,” Puri says.

There’s also been a Non-Resident Speculation Tax (NRST) that has been in existence in Canada. “It is like stamp duty and is also referred to as the Foreign Buyer's Tax. It is a tax that certain foreign purchasers must pay at closing when buying a house anywhere in the province of Ontario or in certain British Columbia regions. The NRST is 25% in Ontario and 20% in B.C,” Puri said.

Ban may not have the desired impact, media reports

The New York Times said in a report that the ban, although it exempts newcomers with residency status, comes amid aggressive new immigration targets in Canada, announced last month and aimed at filling nearly a million job vacancies across the country.

The average home prices in Canada peaked just above $800,000 Canadian in February and have fallen steadily since then, dropping about 13 percent from that peak, according to the Canadian Real Estate Association (CREA).

Reports said the Bank of Canada is also responsible for price hikes as it has been increasing interest rates, resulting in higher mortgage rates in the country.

The Globe and Mail newspaper noted that the law takes effect after 2022’s jump in borrowing costs slowed resale activity and triggered the sharpest drop in home prices since the global financial crisis.

Many Canadians were already priced out of the market when home values shot up during the pandemic’s real estate boom. Today, many do not qualify for a mortgage, given the going five-year interest rate of above 5 percent, it noted.

It noted that data from the Bank of Canada showed that domestic investors – who face no government restrictions – have become an increasing force in the market, accounting for one-fifth of home purchases by mid-2021.

The ban will have “a minimal impact on the ground, especially when much bigger factors like interest rates and market psychology are dictating real estate activity and prices right now,” the report quoted Robert Kavcic, senior economist with Bank of Montreal, as saying.

“Foreign buying was a bigger issue back in 2016, 2017. But this latest run in real estate was fuelled by domestic buyers,” he was quoted by the newspaper as adding.

Some reports in Canadian media said the ban on foreign buyers who accounted for less than 5 percent of home ownership in Canada may not have the intended impact of making homes more affordable and that more housing stock would have to be constructed to meet demand.

The Canada Mortgage and Housing Corporation, the national housing agency, said in a June report that close to 19 million housing units will be needed by 2030.That means 5.8 million new homes must be built, or 3.5 million more than are currently anticipated to be built to meet that demand, the reports said.