172@29@17@244!~!172@29@0@53!~!|news|business|personal-finance|the-penal-consequences-of-delaying-or-not-filing-tax-returns-4239211.html!~!news|moneycontrol|com!~!|controller|infinite_scroll_article.php!~!is_mobile=false
Subscribe to PRO at just Rs.33 per month. Use code SUPERPRO
you are here: HomeNewsBusinessPersonal Finance

The penal consequences of delaying or not filing tax returns

A late filing fee, interest for delays in payment, penalty for under-reporting income and prosecution for non-compliance are some of the punishments handed by the tax department

Every person not subject to tax audit provisions under Income-tax Act, 1961 (‘the Act’) is required to furnish an Income Tax Return (ITR) for the Financial Year (‘FY’) 2018-19 in the prescribed form. The due date for the same was July 31, 2019, but has been extended to August 31 by the tax department on Wednesday. There may be multiple reasons for delay/non-filing of ITR such as non-availability of relevant documents/information and personal exigencies. Regardless of the reason, in case the ITR filing deadline is not met, it may lead to varied consequences under the Act, which have been discussed in this article.

Interest for delay in filing 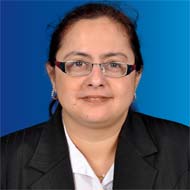 The taxpayer is liable to pay a simple interest at the rate of one per cent for every month (or part of a month) on any outstanding tax liability, if any, after allowing credit for prepaid taxes. Such interest is computed for the period immediately following the due date, till the date of the actual filing of the ITR. In case the taxpayer does not file an ITR at all, the interest is computed till the month in which the concerned tax officer completes the assessment.

Penalty for under-reporting of income

According to this provision, where the ITR has not been filed or as proposed in the recent Budget, the ITR is filed for the first time in response to a re-assessment notice, the under-reported income shall include the income as assessed by the tax officer, exceeding the maximum amount not chargeable to tax (i.e. Rs 2.5 lakh in the case of resident individuals below the age of 60) subject to specified conditions.

Under the Black Money (Undisclosed Foreign Income and Assets) and Imposition of Tax Act, 2015 (Black Money Act) if an individual being a resident and ordinary resident (ROR) who has foreign assets and does not file the ITR, there is a penalty prescribed of Rs 10 lakh. The only exception to this is if the foreign asset is only a bank account, with aggregate amount of less than Rs 5 lakh all times during the year.

Additionally, under the Black Money Act, the penalty prescribed is three times the tax liability determined based on assets not disclosed, which potentially could be on account of non-filing of return as well.

In case an individual wilfully fails to furnish an ITR by the end of the relevant AY, stringent punitive action can be initiated by the tax authorities, which may be punishment with imprisonment, or with payment of fine, or both, depending upon the quantum of tax evaded and subject to the prescribed conditions.

However, as a relief to small taxpayers, in case the tax liability, after credit of tax deducted at source and advance tax paid, does not exceed Rs 3,000, then the individual shall not be subject to these stringent provisions.

There are additional prosecution provisions under the Black Money Act as well for non-disclosure of foreign assets on account of non-filing of tax return.

As per the provisions of the Act, losses under any head of income (other than loss from house property), cannot be carried forward if an ITR is not filed by the due date. Also, in case an individual is eligible for a tax refund, he/she would be mandatorily required to file an ITR in order to claim such refund from the tax authorities.

As can be seen from the above, there are varied consequences of non-filing / late filing of an ITR, wherein some of the implications may be triggered without any outstanding tax liability as well. Considering that the deadline of August 31 is approaching, it is critical for taxpayers to diligently assess their tax position and furnish an ITR on a timely basis to avoid any potential adverse implications in the future.

(The writer is Partner and Head, Global Mobility Services-Tax, KPMG in India)