Jindal Steel and Power Limited (JSPL) is in focus as reports indicate that plant utilisation at India’s coal plants are running at a 3-year high as hydro, nuclear output falls. Lower rainfall in southern & western states led to decline in hydropower generation.

Moreover, the Plant utilisation at coal-fired stations has risen to 58 percent in August versus 51.6 percent year on year. All this has pushed up spot power prices.

Upbeat on the outlook for the power and steel sector going forward Ravi Uppal, MD & CEO, JSPL, said the higher demand for power has led to merchant power prices moving up and they are expected to stay at higher levels for at least next few months.

According to him, the power demand is more than the supply available with the producers. Supply of power was mainly impacted due to shortage of coal. The production of coal was 4 percent less in the first four months than the same period last year. However this could improve in the next few months. 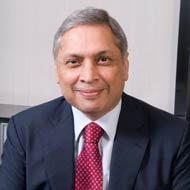 The power realization for the company has gone by almost Rs 5 per unit in the last few days, he added.

The company as of now sells considerable portion of the total power output in the power market to the National Power Exchange, he said. Therefore, higher merchant power prices will have a positive impact on the JSPL performance.

The plant load factor (PLF) levels for the last quarter stood at 43 percent and may now have moved up in rage of 45-50 percent, said Uppal. He said, usually in the monsoon months the demand is generally lower but going forward they aim to take the PLF to 60 percent.

On the steel front, he said the outlook for the sector looks promising, and opportunities in exports too have risen on account of China's exports declining. Chinese exports have fallen from 11 million tonnes to 6 million tonnes, so other exporting countries like India have benefitted.

India right now is a net exporter of steel, he said. Moreover domestic demand has gone up by 4.5 percent and exports have grown by 66 percent and imports have fallen 6 percent, said Uppal.

Latha: Tell us about power. All of them are powering up. Is it that merchant rates have gone up, have plant load factors (PLFs) gone up at your plant?

A: Certainly, the merchant rates have gone up in the last two week and the reason being that total demand in the national exchange is more than the total supply which is available from the producers. The supply has been affected due to shortage of coal; as you know, in the first four months of this year the coal production has been about 4 percent less than what we had for the same period last month. I think this might get better over the next couple of months but at the moment the exchange rates have firmed up.

Latha: Could you put some number to it. How much have rates raised. How much have you been able to sell therefore what is the yearly outlook looking like?

A: It is very difficult to give the yearly outlook. At the moment rates are in transition because there is a shortage of power supply and the rates have firmed up in the last two week's time. I think they are going to stay at a relatively high level for next couple of months at least because it is going to take a while for the coal availability to improve.

A: It is fluctuating depending which time of the day you are talking about. I would say they went up to as high as close to Rs 5 in the recent days. The exchange rates are now at a level of Rs 4.50.

Surabhi: These higher rates, what will they mean for your numbers in terms of the amount that you will be selling in the spot market vis-à-vis existing power purchase agreement (PPA). For JSPL what do these short-term high merchant power rates mean?

Nigel: Could you give us basic details as to how much power do you sell under bilateral agreements and how much do you sell by the exchange route?

A: It depends on how much power we produce. At the moment we are producing - at gross level of about 1,600 mw and out of which about 1,450 is what we dispatch. This corresponds between 45-50 percent of the PLF. We are quite determined that we will take up this PLF to a level of 60 percent as we said during our previous interactions that by the Q3 and Q4, as demand firms up, we would certainly like to see JSPL's PLF goes up to 60 percent. So that is our endeavour at the moment but as of now we have PPAs for 1,000 mw. We sell in bilateral at about 150-200 mw and about 350-400 mw we sell in the national exchange.

Nigel: In the last quarter when we spoke, your average realisation was 3.25 per unit. So currently it is safe to assume that the average for Q2 will be at around 4 at least?

A: Power rates have gone up only in the last week-ten days, so when you talk about Q2, I think it will be wrong to say that these rates were high in the first two months as well but the rates are set to improve, they are in state of transition. If any number I give you, it would not be a fair thing to do.

Nigel: Your PLF levels, for the last quarter was 43 percent. Currently has it moved up to around 48-49 percent?

A: It's above that. It is in the band of 45-50 percent but we have just been through the monsoon quarter and in monsoon quarter the demand is generally low compared to other quarters, but the demand will certainly perk up as we get on to Q3 and Q4 and that is what made me say that we will aim to take the PLF to 60 percent.

Nigel: You are saying prices have gone up but I believe even coal cost have gone up particularly under the e-auction route. So all the price increases, will it flow directly to the EBITDA or do you think the cost increase offsets that?

A: You have made a valid observation that prices of coal have also gone up. The question is that the total impact of coal price increase vis-à-vis the increase in price of the merchant market, what is the total impact. I think it is very difficult to say but I would tend to imagine that the EBITDA on the whole should improve.

Nigel: Close to 30 percent of your total capacity is tied up and that's including the Kerala PPA that is going to take off on October 1. Any other PPAs coming up that we can look forward to?

A: There are no PPA enquiries in the market as of this moment but I do believe that the government is mooting a plan under which they will like to buy power in the medium-term. So as and when that comes in the market, we will strive to get our share in that.

Nigel: I want to talk about steel now. Your domestic EBITDA per tonne has been improving. You were indicating that it is likely to go to around 10,000. Has it improved on sequential basis and another big factor has been the railways. Have you seen any tenders coming in from there? Is demand picking up over there because that could be another big trigger as well in terms of your off take?

A: The outlook for the steel sector looks quite positive and promising as of this moment. The Chinese, who account for nearly 50 percent of the global capacity, their demand has risen hugely. In the month of July and August, the Chinese production went up by 10.5 percent and Chinese exports have fallen. They use to export about 11 million tonne. It has fallen to 6 million tonne. This means that the other exporting countries like India have a better possibility of exports and that is what has seen that the exports of Indian steel industry have risen by 66 percent in the first four months of this year. So India right now is a net exporter of steel, so the domestic demand has grown by 4.5 percent, exports have grown by 66 percent, imports have fallen by nearly 6 percent. So if you take all these things together, there has been a good promise in the domestic as well as export market. The price realisation is also improving. I mentioned last time that in Q1 we had a net realisation of about Rs 9,400 per tonne. We do believe that going forward we should be able to improve on that.