Indian equities witnessed a fresh wave of selling in the second half of the March 12 session that dragged the benchmarks Sensex and Nifty lower by about a percent. On a weekly basis, however, the Sensex climbed 0.7 percent and the Nifty 0.62 percent.

The Nifty closed above 15,000 on March 12 and experts say the index needs to sustain above the psychologically important mark for a couple of more days for the uptrend to continue.

"On the downside, the index has strong and good support at 14,850 zone. Any decisive break below the said levels can show some more pressure towards 14,500 on an immediate basis. The strong hurdle is still at 15,250 and only above that level we may see some stability," said Rohit Singre, Senior Technical Analyst at LKP Securities.

Note: The open interest (OI) and volume data of the stocks in this story are the aggregate of three-month data and not the current month only.

Maximum Call open interest of 22.52 lakh contracts was seen at 15,500 strike, which will act as a crucial resistance level in the March series.

Maximum Put open interest of 24.97 lakh contracts was seen at 14,500 strike, which will act as a crucial support in the March series.

Based on the open interest future percentage, here are the top 10 stocks in which long unwinding was seen:

AGI Infra: The board will meet on March 15 to consider and approve interim dividends.

Allcargo Logistics: The board will meet on March 15 to consider and approve interim dividends.

GAIL: The board will meet on March 15 to consider and approve interim dividends.

National Aluminium: The board will meet on March 15 to consider and approve interim dividends.

Som Distilleries & Breweries: The board will meet on March 15 to consider and approve stock option plans, issue of warrants, etc.

Jindal Saw: Brickwork Ratings revalidated its rating as 'BWR AA/Stable' for bonds amounting to Rs 500 crores of the company.

Kotak Mahindra Bank: The board of directors approved dividend on 100 crore Nos. 8.10 percent non-convertible perpetual non-cumulative preference shares of the face value of Rs 5 each for FY21. The record date for the purpose of payment will be March 19, 2021.

Bajaj Finance: The debenture allotment committee of the company has allotted 300 secured redeemable non-convertibles debentures on a private placement basis.

JSW Steel: India Ratings and Research has reaffirmed the company's rating at 'AA', with the outlook revised to "stable" from "negative".

IIFL Finance: The company will close its bond issue early on March 18 instead of March 23, 2021.

SBI Card: The board approved raising up to Rs 2,000 crore by issuing bonds.​ 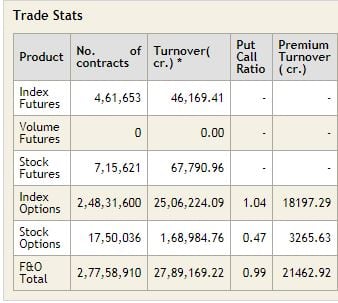