We are expecting the economy to contract by over (-)1 percent in FY21 in real terms, Acuité Ratings & Research's Sankar Chakraborti told Moneycontrol.

While the Reserve Bank of India (RBI) has done its part, we believe that reviving consumption has been largely ignored, Sankar Chakraborti, CEO at Acuité Ratings & Research said in an interview to Moneycontrol's Sunil Shankar Matkar.

"Classically, direct pay-outs/ interest concession and tax rebates play an important role in building confidence among households as extra money in hand is often used in consumption. Reviving the demand side is therefore critical," Chakraborti added.

Here are edited excerpts of the interview:

Q. What are your thoughts on RBI's policy move and was it a need of the hour?

A. The rate cut of 40 bps was a fundamental requirement. It is noted that the systemic liquidity was not the primary concern behind the move as it remains more than adequate. Rather, the motive was to further reduce the cost of capital so that corporations are not bogged down by prohibitive interest rate obligations during these difficult times. 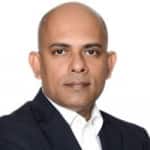 Apart from signalling monetary accommodation, the repo must also reflect the reality that the rate of interest must be in line with the rate of Gross Domestic Product (GDP) growth. Since FY21 will in all likelihood record a contraction in real terms, the best possible scenario for nominal expansion is around 4-5 percent. The reduction in repo today brings us in that ballpark.

Q. Most experts feel there could be more pressure on banks after six months moratorium. Do you agree, why and how much could be the impact?

A. As mentioned earlier, systemic liquidity is adequate. At 6.73 percent, credit offtake is at an all-time low, while the deposit growth is recording a healthy 9.85 percent. It is noted by the RBI that investments of commercial banks in debt securities have increased by over Rs 0.6 lakh crore already. Therefore, while the moratorium may have a negative impact on net interest incomes of commercial banks, it is doubtful whether they will be under more severe pressure. Moreover, we believe that the current situation will improve the Liquidity Coverage Ratio (LCR) of most commercial banks, given the rise in their HQLA holdings and lower redemption/ net outflow pressures.

Q. Experts as well as corporates prefer one-time loan restructuring of sectors which are under stress such as real estates, hospitality, etc. But bankers disagree. They want to wait till the full reopening of the economy to get the actual picture. What are your overall thoughts on this?

A. The rise in NPA is a definite possibility and taking stock once the crises are over will be too late. A one-time loan restructuring of stressed sectors/ entities is the need of the hour. Commercial banks will remain sceptical in taking hair-cuts at this time and may look at the government for bailouts. Nevertheless, since the fiscal space for such an activity is limited at this time, we propose a solution via the creation of a bad bank (under PPP mode) on the lines of the American TARP fund.

Q. Do you think deposits and savings rate to decline significantly after the hefty repo rate cut seen since last year? Also is the rate transmission happening on ground?

A. Deposit rates remain healthy and we do not think that after a 40 bps reduction, there could be significant declines. In fact, we are more worried about the offtake number, which must be revived and sustained during this time. Transmission on the ground remains a concern but the relatively high marginal cost of borrowing for banks is a major hurdle here. The trouble is that banks have been competitive vis-à-vis small savings schemes, which are in turn, not driven by market realities.

Q. Do you think a further repo rate cut is needed as RBI stays accommodative till there is a sign of the economy's revival?

A. Like any other central bank, the RBI has already communicated its intent regarding 'whatever it takes to revive the economy'.

Nevertheless, the repo decision has to consider with other market factors such as call money rate, two-year GSec yields and the RBI's net domestic and foreign asset holdings. Therefore, for the rate to go down further, all other independent factors must be considered holistically.

Q. Do you think the RBI needs to remove the risk aversion as there is substantial liquidity in the banking sector?

A. The debate is open but it is only natural to be risk-averse during such unprecedented times. However, one has to strike a balance between extreme risk aversion that can stifle the banking system and unrealistic exuberance that may tout risk-taking as a solution to all the perils.

Q. Are these measures from RBI and the government enough to revive the economy and what are more measures needed to be taken by both?

A. While the RBI has done its part, we believe that reviving consumption has been largely ignored. Classically, direct pay-outs/ interest concession and tax rebates play an important role in building confidence among households as extra money in hand is often used in consumption. Reviving the demand side is therefore critical.

Q. What are your thoughts on inflation and economy growth for FY21 as most of experts feel it could be negative or flat. RBI has also said that FY21 GDP growth is seen in negative territory. Does it mean there could be strong revival in FY22 considering current conditions?

A. We are expecting the economy to contract by over (-)1 percent in FY21 in real terms. This contraction could be more debilitating if the lockdown in its current form continues beyond May-end or natural calamities strike agrarian states. All hopes are on pent up demand, which should come back with a vengeance and help the market in a V-shape recovery. But this assumption is dependent on when the lockdown is lifted and normalcy is restored quickly. Having said that, H2 (FY21) onwards, we could see a strong revival. Concerns on inflation are real though as crude prices strengthen. Also, despite healthy crop output, supply disruptions will continue to exert pressure on prices.

Disclaimer: The views and investment tips expressed by investment expert on Moneycontrol.com are his own and not that of the website or its management. Moneycontrol.com advises users to check with certified experts before taking any investment decisions.
Sunil Shankar Matkar
Tags: #coronavirus #Covid-19 #Economy #MARKET OUTLOOK
first published: May 24, 2020 10:39 am