Looking for ideas with strong fundamentals; these top 5 stocks can return 40-50% by Diwali 2020

The significant decrease in corporate taxes might see less number of earnings downgrades in stocks since savings on the tax outgo front is quite sizeable.

What would be of real significance is that both the Dollar and the Rupee and Gold would also post new highs by a significant margin from the current levels over the next year, Rajat Bose of rajatkbose.com tells Moneycontrol's Sandip Das in an interview.

Q. Benchmark indices gained more than 9 percent since last Diwali, do you think markets can scale new highs by next Diwali?

A. While the possibility of a new high for the benchmark indices is always there, keeping in mind their composition and how they are managed, you can count on the Nifty and the Sensex posting new highs over the next year.

Consider this fact: Nestle India at end of Q2FY19 has promoters holding 62.8 percent, foreign portfolio investors (FPI) holding 12.6 percent, and institutions holding 21.2 percent. Altogether the tally is 96.6 percent, thus the quantity available for the trading and/or public holding is minuscule. 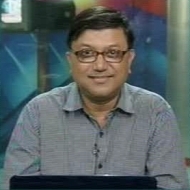 This is a major key to them maintaining stratospheric PE multiples and Price-to-book ratios. These stocks, so long as they curry favour of the institutional investors, can be pushed up easily by little effort involving much less real money.

In such a situation, what is the big deal if you post a new high in benchmark indices? In fact, you should rather be surprised if they do not.

But, the fact that the benchmark indices do not reflect the broad market reality is another matter. What would be of real significance is that both the Dollar-Rupee and Gold would also post new highs over the next year by a significant margin from the current levels. That is what I tend to think.

Q. What sectors are likely to lead the next stage of rally?

A. From here on, initially, we are heading for more troubled waters since both institutional investors and high net-worth individuals (HNIs) would be quite selective in backing sectors.

First, you should consider what to leave out. The banking and financial services are best left out, especially those that are either commanding very high valuations or the ones with shaky financial foundations. There could be more pains here.

Consumption stocks are highly touted now but if you look at history, they are almost at their cyclical peaks so fresh buying should be avoided.

Infrastructure could well have been the sector to bat for but most of the players are hamstrung with high debt. Unless the problem of long term financing is solved, we need much more investments here and it just may not happen.

Q. After underperformance since early 2018, do you think mid-cap and small-cap outperform large-caps in 2020?

A. Surely, there are plenty of great opportunities in mid and small-cap stocks, but one needs to be very choosy in an environment where weak fundamentals are punished very severely.

You need to look for strong fundamental parameters very closely to reduce your risk of loss and to increase the potential for gain. The market is now very intolerant of weak fundamentals and nasty surprises.

Q. Despite the corporate tax rate cut, do you see more downgrades after September quarter earnings?

A. As per recent estimates, September 20 announcement in base corporate tax cuts is likely to give a boost to the Nifty earnings by about 9 percent. This significant decrease in corporate taxes might see less number of earnings downgrades in stocks since savings on the tax outgo front is quite sizeable.

However, the continued slowdown in the economy bereft of demand revival might still cast an overhang on both top-line and bottom-line performance of companies.

Q. Which are the top 5 stocks that can give good returns till Diwali 2020?

Excel Industries: Return up to 50%

Having come down substantially from its 2018 peak of 1,922, it offers good value at current prices. Its market price is expected to appreciate by 35-50 percent over the next year.

Minda Industries: Return up to 20%

A supplier of automotive solutions to original equipment manufacturers (OEMs), it offers products for various verticals of auto components, such as switching systems, acoustic systems and alloy wheels, among others.

Despite being a supplier to OEMs in the auto industry the company’s stock maintained relatively better performance over many of its peers.

Minda Industries has a five-year average CAGR in earnings of 22.55 percent and has posted a better RoE this year (20.71 percent) compared to its 10-year average of 17.52 percent.

Notwithstanding of its being an auto-ancillary, it commands a PE multiple of over 35 on its consolidated earnings. Its market price is expected to appreciate by 15 percent to 20 percent over the next year.

This rubber chemicals company caters the tyre industry. It posted a 5-year CAGR in earnings of 51.93 percent with an RoE of 16.73 percent, which is significantly better than the 10-year average RoE of 12.81 percent. At current prices, it is available at 11.36 PE multiple with a price-to-book of just 1.64.

The company has become a zero-debt company by reducing its debt of Rs 147.31 crore in FY15 to NIL in FY19. It offers considerable value at current prices. After a significant correction since early 2018 top of 236.40, it is likely to appreciate by around 50 percent over the next year.

Its price target by next Diwali would be anywhere between Rs 170-180.

Tata Elxsi is a technology and design company providing services toward product engineering and solutions across industries including automotive, broadcast, and communications.

The company maintained steady financial performance when viewed through its CAGR in earnings growth of 15.35 percent over the last five-years and its last fiscal RoE stands at 34.50, which is better than its 10-year average RoE of 31.33.

At current prices it commands of PE multiple of 20.1. Its market price is expected to appreciate by around 40 percent over the next year.

One of the oldest vertically integrated pharmaceutical companies, it is primarily engaged in active pharmaceutical ingredients (APIs); and has forayed into realty business as well.

Post FY 2017, it has also become a zero-debt company eliminating all the debt in that fiscal year 2017. The advantage of debt-free companies to reap the benefits of tax rate reduction could be significant going forward.

Its market price is expected to appreciate by 40 percent over the next one year, target by next Diwali is Rs 72.