FII buying in Emerging Asia may jump to $12-13 bn in March: Siva

If this pace of net foreign buying is maintained for the rest of the month, Sakthi Siva of Credit Suisse is potentially looking at a USD 12-13 billion month. According to her, biggest recipients are Taiwan, Korea, India and Thailand.

If this pace of net foreign buying is maintained for the rest of the month, she is potentially looking at a USD 12-13 billion month. According to her, biggest recipients are Taiwan, Korea, India and Thailand. 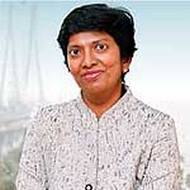 Along with a powerful European Central Bank easing, global policy is supportive for risk assets, he feels. According to Carr, a more dovish Fed limits the prospect for USD strength which is likely to provide further relief for emerging market proxies.

David Doyle of Macquarie says he keeps view of a succession of Fed rate hikes in 2016, but revises base case to two hikes against three previously.

He sees a far greater likelihood of three hikes than one and believes market expectations for rate hikes remain well below what is likely to occur through year-end and into 2017.

The shift in the committee's rate projections on Wednesday and the tone of FOMC communications suggest greater weight on financial conditions and international developments, he feels.

"As a result, the FOMC may be less reactive in the near term to strength in domestic employment and inflation than we had," Doyle says.