Indian Energy Exchange's initial public offer has opened for subscription on Monday, with price band of Rs 1,645-1,650 per share.

Equity shares are proposed to be listed on the BSE and National Stock Exchange of India.

The issue will close on October 11.

Here are 10 things you should know before investing in the issue:-

Professionally managed Indian Energy Exchange is the largest exchange for trading of a range of electricity products in India, in terms of traded contract volumes in the financial year 2017, according to the Central Electricity Regulatory Commission (CERC).

It is the first energy exchange in India, having commenced operations in June 2008.

Government owned power generation companies, and buyers of power, such as distribution companies and industrial, commercial and institutional power consumers.

In FY16 and FY17, the company commanded a 99.6 percent and 99.4 percent market share, respectively, of electricity contracts in the DAM, in terms of volume, according to the CERC. According to the CERC, in FY16 and FY17, 93.7 percent and 94.8 percent of the traded contract volumes of electricity contracts in the DAM, TAM and RECs combined, were conducted over Indian Energy Exchange.

As of August 31, 2017, the company had over 5,900 registered participants (located across 29 states and five union territories in India), of which over 3,200 participants were active.

The issue is an offer for sale of up to 60,65,009 equity shares by 11 shareholders, including Tata Power and Multiples Private Equity Fund.

The offer would constitute up to 20 percent of the post-offer paid up equity share capital.

Further, 15 percent of the net offer is reserved for non-institutional bidders and 35 percent for retail individual bidders.

The company will not receive any proceeds of the offer.

Total revenue and profit after tax have grown at CAGR of 14.45 percent and 14.40 percent, respectively, between FY13 and FY17.

> It promotes efficient price discovery and offers participants the flexibility to trade in a variety of electricity products.

> It is the largest exchange for trading of a range of electricity products in India, in terms of traded contract volumes in FY17, according to the CERC.

> It is well placed to benefit from conducive Government policies and regulations that encourage trading of energy and increase the volume of electricity products available to be traded over exchanges.

> The company has diverse participant base ensuring liquidity on exchange.

> It is highly scalable and proven technology infrastructure.

> It is professionally managed company with a highly qualified and experienced management team.

Top 10 shareholders of the company as of September 26, 2017 (the filing date of red herring prospectus):-

Top 10 shareholders of the company two years prior to the date of filing of red herring prospectus:- 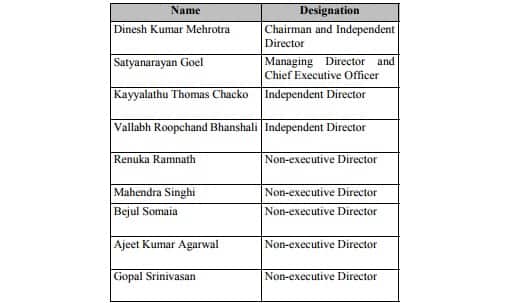 Here are risks and concerns highlighted by brokerage houses:-

> Unforeseen regulatory changes and implementation of the same could impact business.

> Insufficient system capacity or power supply could impact trading volume on the exchange.

> IEX operational success depends substantially on its ability to maintain and increase the number of participants.

> Expansion into new markets may increase risks due to regional unfamiliarity.