The government is giving a push to spending but from where will the funds come from, wonders R Shankar Raman of L&T. He also said, the government is betting big on wider tax base as one of the funding mechanisms.


In the Budget, government has given a thrust to infrastructure but R Shankar Raman of L&T wonders from where the flow of funds will come for all these programs to play out well. He said, one of the funding mechanisms for the allocation is widening the tax base and the government is betting big on it.

Bank stocks performed well after the Budget presentation and Axis Bank Chief, Shikha Sharma said the Financial Bill turned out to be good for the banking sector. She listed the positive factors for banks in the Budget 2017-

First, the balance between the need to spend and maintain the fiscal deficit and increase in spending for the rural economy

Second, simplification of taxes and focus on affordable housing.

Third, the banks have got some relief from taxes

However, Ajay Srivastava of Dimensions Corporate Finance Services says at this time investors should be careful of Bank Nifty as it is the most vulnerable. He advises to not get in to the rally right now.

Markets gave a thumbs-up to the Financial Bill and Vibhav Kapoor of IL&FS says no changes in the capital gains tax was a reason for the markets to be happy. Gautam Trivedi concurs with this but says the Budget could have been bolder.

Keki Mistry of HDFC says in the existing scheme for affordable housing, there are restrictions on the income of the individual and the size of the property. He says there is a possibility that in the new scheme this will be revised.

Dharmesh Mehta of Axis Capital said the big macro fear is out but the market still has to worry about the global factors. 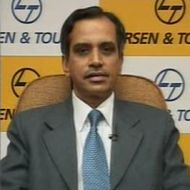