There were a total of 1.2 lakh complaints filed against life insurance companies by policyholders in 2016-17. Three years ago, the figure was 3.75 lakh.

Complaints by consumers against insurance companies have seen a drop in FY17 compared to the previous years. According to data released by the consumer affairs department of the Insurance Regulatory and Development Authority of India (IRDAI), life insurance complaints saw a 41 percent drop while in general insurance it saw a 12 percent drop. 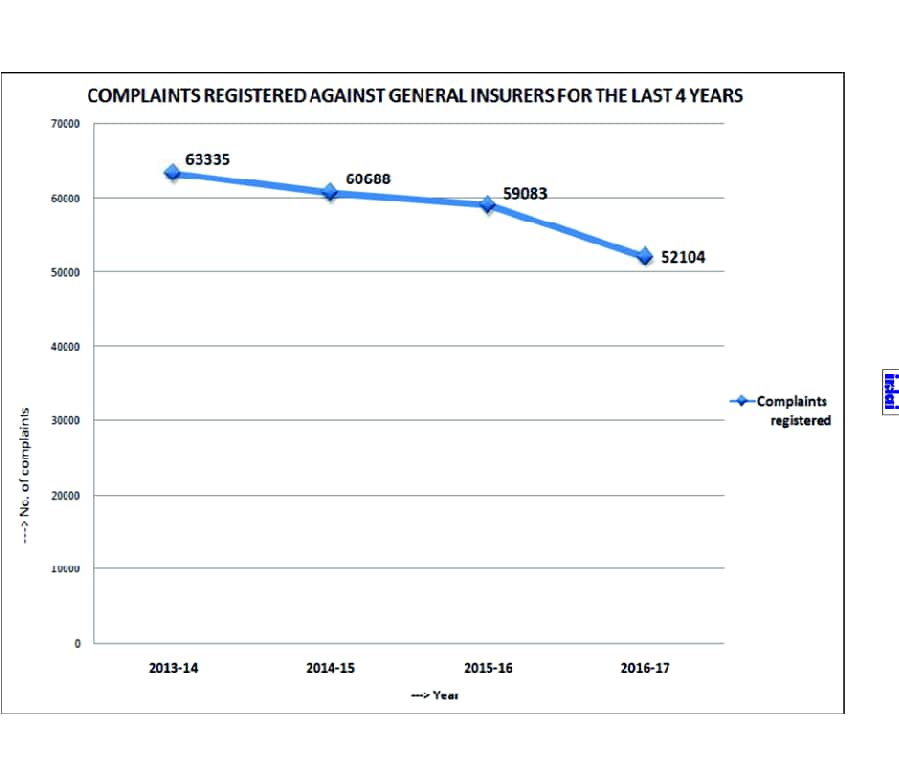 There were a total of 1.2 lakh complaints filed against life insurance companies by policyholders in 2016-17. Three years ago, the figure was 3.75 lakh. Similarly, in the general insurance space, number of complaints for FY17 stood at 52104 compared to 63335 in FY14. On the non-life front, while motor insurance is the most sold in terms of number of policies, the maximum number of complaints were reported in the space of health insurance.

The consumer affairs department said that insurers should have proper systems in place for quick and proper handling of claims. Providing a reasoned and timely decision about the claim can help mitigate the agony of the claimant in approaching various channels only to understand why there is a delay and what is the reason for repudiation of claim in full or in part.

It added that a suitable mechanism at insurer’s level to ensure that this information would be provided promptly would reduce the number of complaints relating to claims.

About 26,937 health insurance related complaints were filed in FY17 compared to 18,904 complaints in the motor insurance segment. However, both the segments saw the highest number of complaints related to the claim. In the life insurance segment, unfair business practices commonly referred to as misselling topped the number of complaints. This was followed by complaints related to policy servicing and survival claims. Similar to the previous years, Life Insurance Corporation of India (LIC) resolved all the complaints filed against it in FY17 and had zero pendency at the close of the financial year.
M Saraswathy
TAGS: #Economy #insurance
first published: Jul 6, 2017 01:50 pm