To target rev growth rate of 20% for FY16: Speciality Rest

Speaking to CNBC-TV18, CFO Rajesh Kumar Mohta says the weekday spending from corporates has been quite sluggish and despite a fall in food inflation, momentum on ground is yet to pick up.

Speciality Restaurants opened five new restaurants this quarter which led to a fall in its margins from 15 percent to 10 percent, says CFO Rajesh Kumar Mohta. According to him, the front-end cost for the new restaurants got factored in the results impacting the profits and the margins of the company.

Speaking to CNBC-TV18, Mohta says the weekday spending from corporates has been quite sluggish and despite a fall in food inflation, momentum on ground is yet to pick up. 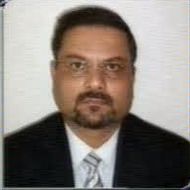 Primarily, these are the front-end costs and the breakeven period for our new restaurants has extended which used to be between three-six months and has crossed six months in a particular quarter.

Q: Your numbers say that your overall income grew by 11.5 percent. What was the rise in same store sales?

A: We have been saying that same store sale is more a factor which is from a discretionary spends point of view. Weekends have been growing; we have always had pressures during weekdays where the corporate spending has been at the low.

If you look at overall scenario on same store sales growth basis, there have been certain pockets in the country like southern India which have not been doing good for us but yes, we had certain positive restaurants also in various cities but overall trend has been more flattish and towards negative.

Q: No green shoots in this quarter either, January-February do not look any better?

A: The momentum is yet to pick up. We are expecting the underlining being positive with the economy expected to pick up.

We expect things to move from a cost curve to a revenue curve in quarters to come and with inflation moderating we are getting into the quarters to decide on our new contracts for the financial year 14-15 with two quarters. We look forward for moderation in the raw material cost per se.

Q: One was under the impression that food inflation is coming down as well winter months should be anyway seasonally positive quarter for your kind of raw material. Why didn’t it show up? Is the entire difference because of finance cost?

A: It is not a question of finance cost but raw material. We generally get into contracts of three-six months with our suppliers, so unless there is moderation which is visible over a period of time – that only gets converted into benefits to us, which we hope is going to happen in quarters to come.

Q: You haven’t negotiated for the next quarter. Can you not right away expect or guide for better margins?

A: We are looking forward to yearly contracts. We are getting into our tendering processes in the month of February and March wherein the prices would be firmed up for the next quarter of beginning April wherein we would find moderation and lowering of our cost on the raw material front.

Q: The sense that we get from speaking with you is that the consumer spending seems a bit sluggish. What is the growth expectation on the topline to end FY15 with as well as the early signs about FY16?

A: If you look at the nine-month period, we have grown by 15 percent and this has been the historic range between 15-22 percent but with underlining economy improvement and the discretionary spends getting increased, we expect to be around 20 percent growth rate on revenues.