Balaji Telefilms had a relatively better quarter this time around. The total income was up 14 percent for the quarter ended March, at Rs 94.5 crore versus Rs 83.2 crore for the same quarter last fiscal. They reported an EBITDA profit at Rs 5.5 crore versus a loss of Rs 18.3 crore Q4FY16.

Sameer Nair, Group CEO, Balaji Telefilms is very confident of growth coming in from the Television (TV) business and expects it to remain a robust entertainment business. The business would grow in the range of 20-30 percent year on year, he said, adding that it is also helping them better their margins, he

“TV business is the cash cow for the company,” he said.

In the interview with CNBC-TV18 he also spoke about ALTBalaji, investments, revenue outlook etc.

ALTBalaji, which was launched in April is going to be another focus area, said Nair. There is plan there to breakeven in three years with a target of 4 million subscribers who pay Rs 60 to Rs 90 a month by 2020. Currently, it has bene launched at Rs 25 per month, as an opening offer for the first quarter. The card rate is Rs 90 per month. Internationally the card rate is Rs 399. 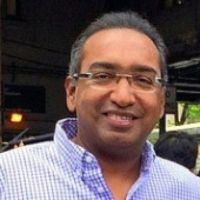 They aim to exit FY18 with 1.5 to 2 million paid subscribers for ALTBalaji, said Nair, adding that there are plans to invest Rs 100-125 crore per year, he said. They also expect revenues of Rs 60-70 crore from that in FY18.