Domestic travel may grow by 50-60% this year: Thomas Cook

The subsidiaries of the company have performed well with Quess growing almost 83 percent.

Thomas Cook reported a mixed quarter with EBITDA flat at Rs 47 crore but margin falling 90 bps at 5.4 percent versus 6.3 percent from a year ago period. The company expects EBITDA margins to exceed 6 percent in CY15. Speaking to CNBC-TV18, MD Madhavan Menon said domestic travel will continue to grow. “It grew by 63 percent last year. We expect it to grow may be by 50-60 percent,” he added.

Q: The topline & earnings before interest, taxes, depreciation and amortisation (EBITDA) growth Q1 CY15 looks substantial on a year-on-year (y-o-y) basis; this is also because of the acquisitions you have made and they have turned around. Sterling has reported a profit as well. How and from where has growth come this quarter? 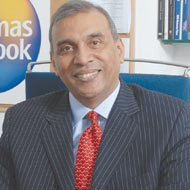 A: If we look at the last quarter consolidated, our revenues have grown by 83 percent and EBITDA has grown by 62 percent. Now, there are certain features in this.

The revenue has grown by 24 percent, whereas Ikya has grown by about 83 percent and Sterling has obviously registered a small profit, but that is one year ahead of what we had anticipated and this has been driven by cost optimisation and variety of other measures that Sterling has undertaken. I might also add this is for the first time in 18 years that Sterling has actually booked a profit on its bottom-line.

Q: How many acquisitions has Ikya made and how have they performed?

Q: You said there has been some cost optimisation, but it does not reflect in margin growth, EBITDA margins have come off 90 basis points y-o-y; any reason? What is the guidance for margins in FY16?

A: If you look at the EBITDA margins, firstly, three companies deal with, their accounting is slightly different.

Secondly, in the case of Ikya, which is now known as Quess, Quess Corp has actually added companies that it acquired during the year, a couple of which needed to be turned around and so, all of them are not contributing to the bottom-line as yet. But my expectation is that during the current year, the EBITDA margin will go back up to six, in fact we are projecting internally that it will exceed six for the full year.

Q: A three-part question then, you will offer packaged tours online, how does that differentiate from the other online travel companies and where is the value add in that?

Second, how do you plan to compete with new age services like Airbnb and many such apps which essentially operate in similar business like Sterling?

And finally, with the competition pulling its socks, how do you see Sterling sustaining the growth and this performance?

A: As far as packaged holidays are concerned, the major differentiator between the companies like Thomas Cook and the online travel agencies is the fact that we do long-haul holidays, whereas most of their focus is either on components or short-haul packaged holidays.

My expectation is that we do as conventional travel agencies dominate that space. Having said that, we recognise that short-haul holidays, individual customised holidays are extremely important and if you look at our website, thomascook.in, you will see that we are increasingly selling products and these are the products that are driving the e-commerce initiative at Thomas Cook. So, that is point number one.

As far as point number two goes, regarding the arrival of Airbnb and the others in India, the reality is that India is a growing market. And if you look at our growth in the individual travel space, we are currently growing at 51 percent in the current year based on forward bookings.

I have no doubt that there is adequate space for all of us to participate. But maybe in 2016 you will see some amount of consolidation in this space with some of these players partnering with the conventional players as well as online travel agencies to sell holidays.

Third point on Sterling, what has driven the profitability and how will it sustain, there are two parts to this, firstly, their ability on cost-rationalisation to invest money and upgrade the resorts. Secondly, they have added 400 rooms to their inventory during the calendar year ended 2014. And in 2015 you can expect further addition of rooms. Earlier I said that by 2017 they will actually double the inventory of rooms and we are well on our way to achieving that.

Q: Domestic discretionary spending has been quite muted, corporate earnings are also not so good; how do you see domestic demand and corporate demand as a whole shaping up in FY16?

A: We started the year assuming that it would be a good year in the domestic business, there was a lot of demand. Suddenly Nepal, in the form of a natural calamity happened. What this has driven us all to do is to start looking at the rest of India. Geographically, India is a large country.

We have defocused away from the North for the moment till it recovers. And you will appreciate over the last four years, if you look at Northern India and Nepal, we have had four disasters in the last three years.

We are looking at hill stations in the South and this is where the presence of Sterling makes a lot of importance for us. We are going to drive a lot more traffic through Sterling especially in Central India and Southern India and Eastern India.

Domestic travel will continue to grow. It grew last year by 63 percent for us. We expect it to grow maybe in the 50-60 percent, obviously the base is bigger. So, our expectation is that domestic will grow.

As far as Meetings, Incentives, Conferences and Exhibitions (MICE) is concerned, we started 2015 extremely well. We are seeing corporates, many of whom did not do anything in 2015 are now back in the market.

Now, I cannot honestly correlate economic sentiment with this, but we are seeing a lot of queries coming in and currently the funnel going into the third quarter and the second, third and fourth quarters look very strong.