Demand for credit continues to pick up, expect 10% credit growth next year: SBI

FY18 is a unique year where State Bank has merged six entities, he said.

According to him, recognition of non-performing assets (NPAs) cannot be uniformly spread across all quarters.

Speaking on slippage number, he said that we will not see as big a slippage number as Rs 25,000 crore again. March quarter will see some more slippage recognition, he added.

Retail loan growth is strong and we have been able to maintain market share, said Kumar. 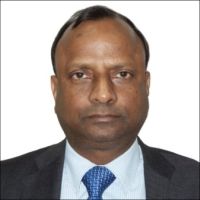 If the demand for credit continues to pick up, we expect 10 percent credit growth next year, he further mentioned.

Mutual funds, general insurance and SBI cards businesses are on the radar, would like to list them within next two years but timing is yet to be decided, he said.

On the home loan side, he said that January has been very good and we have done better than January 2017. This gives me confidence that as far as the retail segment is concerned, the bank will continue to do well.

A: Let me give you some facts which will put the whole matter in perspective. One, this is a unique year wherein State Bank has merged six entities. So when you compare SBI last year and when you compare SBI today, it’s not the same entity. Second, I was looking and want to share with you the comparative position on merged basis; if the banks had merged one year ago. During the nine month period last year gross addition to non-performing asset (NPA) was Rs 89,000 crore. This year it is Rs 67,000 crore. Slippage ratio was 5.82 and this year it is 4.17. Credit cost at that time was 2.47 and this time it is 3.18. It is nine month FY18 over nine month FY17.

Provision coverage ratio (PCR) was 58.96 and now it is 65.92 which is almost 700 point up. So recognition has been happening continuously and when you recognize NPAs, it cannot be uniformly spread across all quarters. So basically looks that in June it was elevated. September was the first quarter; if kitchen sinking was to happen, it could have happened in September quarter but I can tell you that if I was Chairman one year ago the position would have been identical and if Arundhati Bhattacharya was continuing today, the positon was going to be identical.

Q: Change of headship normally leads to a big kitchen sinking. You wouldn’t attribute it to that?

A: I do not subscribe to that. An institution like State Bank of India, it cannot be run on the whims of an individual be it chairman or somebody else but yes, there are accounting issues and in NPA even going forward I am telling you that we have a five odd quarter view that what is going to happen but within that five quarter will it be uniformly spread across five quarters, it is just not possible.

A: No. I won’t say it may be as big a number but as I had said in my interaction on Friday (Feb 9th) that this March quarter, whatever else is remaining, the recognition will have to happen and thereafter we have given a guidance of 2 percent. So 2 percent means you are looking at the current level of outstanding on advances about Rs 35,000 crore odd and plus Q4. So in five quarters it cannot be just uniform quarter-by-quarter, so there will be some quarter particularly the last quarter -- I think the last quarter maybe whatever is remaining and then thing should become much more even because retail is always steady.

Q: I wanted to ask you about loan growth which has been extremely subdued this time; only 1 percent despite recovery that we have seen in system lead credit. What kind of loan growth do you hope to see over the next few quarters?

A: Our retail growth is very good and we have been able to maintain our market share. As far as corporate are concerned, refinancing, in most of the cases bank has exposure, so room for refinancing becomes very limited and on pricing front we are holding on and if the pricing is not to our liking, we are not taking up the corporate exposure but going forward if demand picks up and particularly this quarter we are having good disbursement pipeline in hand and that is of course working capital. Term loans not much as of now. March quarter performance in terms of credit growth will be very good and retail is a steady growth.

Q: When you say very well, can you quantify it for us in terms of what you are looking at - 5-10 percent or better than that?

A: Next year’s target, we have indicated that if demand for credit continues to pick up like this then the target is 10 percent and for SBI 10 percent means almost Rs 190,000 crore.

Q: That is true but why was loan growth so muted or rather non-existent in this quarter even Bank of Baroda, not a small bank has posted about 16 percent loan growth. Everybody because of low base both quarter ago and year ago have done. Did you voluntarily decide not to increase disbursements?

A: Not like that but as I said that on pricing front we are holding on – that is a conscious and strategic decision. We are not in the game of underpricing our loans anymore.

Q: The other thing I wanted to ask you was why is the cost to income ratio gone up so much?

A: It is a function of two things. As far as income is concerned, because we were hit by the lower treasury income, so to that extent – other than treasury income our income growth is steady and as far as expenses are concerned…

Q: It is 8 percentage point rise in cost of income. It is entirely because of treasury?

A: The impact of treasury as well as when you do reversal then your interest income also gets reversed. So more the impact of the reversals.

Q: What is the guidance on provisioning because if things have slipped now then the NPAs will age over all of FY19 and 20? Can you give us some idea of what the provisioning levels will be, the credit cost?

Q: In the NCLT cases – a Business Standard’s report – they seem to indicate that haircuts would be more than 65 percent or 66 percent you indicated on Friday at the press conference?

A: The average recovery I am talking about, our estimate is that it should be around 40 percent. Today Essar Steel bidding is there and steel account constitute a large chunk and in some cases we are holding a provision of even 100 percent. So according to me the provisioning gap if any, is not such which will be very significant as far as SBI is concerned.

Q: You spoke about Essar Steel that’s why I am broaching the topic - will the promoter be allowed under ordinance?

Q: Only if they pay up entire cash?

A: Yes, whatever the loss is.

Q: Coming back to the point you were making about slippages. Corporate slippages have been very high this time, almost Rs 22,000 crore. Can we see any kind of moderation in corporate slippages over the next few quarters?

A: We are looking at not more than Rs 25,000 crore corporate slippages which in my view given the current situation is a moderate number and 2020 will be much lower because virtually nothing has left now.

Q: Will you be listing any of the other subsidiaries. General insurance is there, SBICAP is there. You have securities companies and now ICICI Direct is also coming to list. Will you be looking at listing these three units, mutual fund as well?

A: Mutual fund, general insurance and SBI Cards, not SBICAP or Securities Company. These three are on the radar but timing is yet to be decided but within next two years we would like to list them.

Q: Retail credit the one pocket that is doing well – auto loans, home loans have been growing at a rate of around 14-18 percent odd. Is that something that we can continue to expect? Is demand that good on the retail side?

A: Yes. January has been very good and home loans particularly, we have done better than January ’17 and this gives me confidence that as far as retail segment is concerned our bank will continue to do well and in personal segment one thing you have to keep in mind that any credit card growth outstanding which is growing at a fast pace, that growth does not get reflected in bank’s balance sheet because it is in our subsidiary company.

Q: You are going to raise capital, right?

Q: By when will that be?

A: We have not decided on the time. We will see what appropriate time is.

Q: Would it be a qualified institutional placement (QIP), rights issue?