Upcoming Webinar:Watch a panel of experts discuss: Challenges of continuously evolving regulation for Cryptocurrency, on 7th July at 3pm. Register Now
you are here: HomeNewsBusinessCryptocurrency

Most US retailers give high priority to enabling crypto payments: Deloitte

Retail organisations in the US are widely receptive to accepting digital currency payments, spurred by the changing preferences of the younger generations.

More than 85 percent of US retailers give high or very high priority to enabling cryptocurrency payments, given the significant interest in digital solutions among the younger generations, a survey by Deloitte has shown. Roughly 83 percent are doing the same for stablecoins. Almost three-quarters of US retail executives surveyed reported plans to accept cryptocurrency or stablecoin payments within the next 24 months, Deloitte said in a report titled Merchants getting ready for crypto, prepared in collaboration with PayPal.

The poll was focused on US consumer businesses with annual revenue ranging from below $10 million to $500 million and above.

The survey polled 2,000 senior executives at retail organisations across the US between December 3 and December 16, 2021, with all respondents from the consumer goods and services sector.

The survey showed that merchants are receptive to customer needs and expectations and see benefits from embracing digital currency payments. However, factors such as infrastructure decisions, security, and the development of a regulatory framework will determine the pace at which adoption will grow.

Overall, 87 percent of the merchants broadly agreed that organisations accepting digital currencies have a competitive advantage.

An overwhelming majority of those who currently accept cryptocurrency as a payment instrument – 93 percent – have already seen a positive impact on their business metrics such as customer base growth and brand perception, and they expect this to continue next year.

It adds that merchants are eager to adopt digital currency payments for a variety of reasons. The respondents want to support customer preferences in a market that is rapidly changing. They expect to derive value from digital currency adoption in three ways: improved customer experience (48 percent of the respondents), increased customer base (46 percent), and perception of the brand as cutting edge (40 percent). The merchants recognised that there are several challenges to consider when enabling digital currency payments. Eighty-nine percent of them alluded to integration complexity with existing financial infrastructure and/or across various digital currencies. These challenges were seen consistently across companies, regardless of revenue size.

Similarly, survey respondents cited multiple barriers to adoption, with customer security of the payment platforms topping the list (43 percent), followed by the changing regulatory landscape (37 percent) and the instability of the digital currency market (36 percent). For large merchants and those who invested the most, the disconnected nature of the digital currency marketplace was the biggest barrier (43 percent). 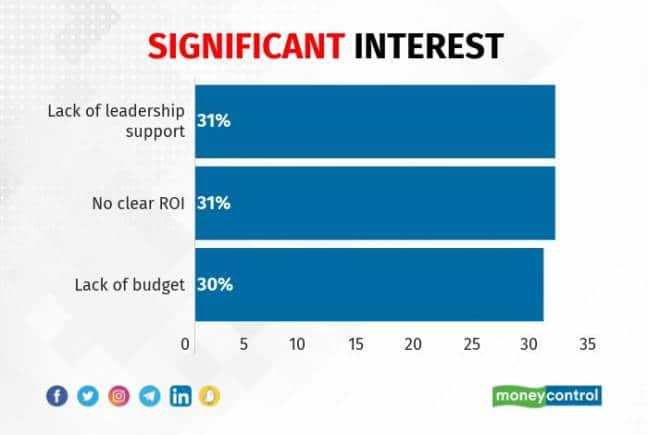 “We expect continued education and broader learning to underpin further regulatory clarity to allow for wider mainstream adoption across a broader set of financial service offerings and products,” Deloitte said.

Cryptocurrencies are digital assets developed and maintained on decentralised blockchains, while stablecoins are a type of cryptocurrency whose value is typically pegged to an underlying asset such as the US dollar or other currency.
Murtaza Merchant is a senior journalist and an avid follower of blockchain and cryptocurrencies.
Tags: #blockchain #cryptocurrency #Deloitte
first published: Jun 9, 2022 03:08 pm