In an interview with CNBC-TV18‘s Ekta Batra and Anuj Singhal, KK Mohanty, Managing Director, Gammon Infrastructure, discussed state of the infrastructure sector and the company‘s own projects.

In an interview with CNBC-TV18’s Ekta Batra and Anuj Singhal, KK Mohanty, Managing Director, Gammon Infrastructure, discussed state of the infrastructure sector and the company’s own projects.

Mohanty said the company had restructured one of its projects, at Mumbai Port Trust. “Bankers have gone ahead with a restructuring proposal it is half way implemented already and we had discussion with the Mumbai Port Trust (MPT) also to find out a solution.”

Ekta: There has been some amount of relief which has come in from banks post that 50 basis point rate cut that we saw from the Reserve Bank of India (RBI) in the first quarter. How much of it will possibly be a relief for a company such as Gammon Infra which has debt of over around Rs 3,500 crore as per may be the latest figures that we have? 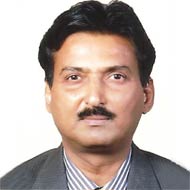 A: You need to appreciate the type of business we are today is a capital hungry business. Any interest rate reduction will have a long-term bearing on the economic value of the company. Going ahead things will slightly look different. We must at the same time appreciate that today’s rate of 11-12 percent for infrastructure sector cannot be sustained so that is the rate the infrastructure cannot be efficient and effective in a country like us. We need to come at least to a single digit interest rate where the infrastructure will look like an attractive proposition for outside investors.

The RBI and the government has taken a right direction but a lot more has yet to come. I must appreciate the recent policy of the RBI when they did not reduce the rates and putting the reverse pressure on the government that you better perform if you want the rate to come down. Unless you perform specially in the infrastructure sector, nothing can really revive so fast. So RBI in my opinion is doing a very right thing balancing both the positive sentiments to reduction of the rate and putting the reverse pressure of the government for performing on governance issues especially at the grass root level.

All talk till now being done for last 9 months yes, there are some very long-term initiative taken even in infrastructure sector. However, at the grass root level nothing has changed yet. The things has to still, realism they have to get the grip on the implementation how to quick decision process as to happen. These stalled projects needs to revive. The decision of quickly delivered without being dragged into litigation for 5-10 years time then only things can improve.

Today if you see some of the initiatives -- given whether it is debt fund, whether it is 5:25 formula given by RBI -- the infrastructure companies are not in a position to exploit the advantage of this situation because their financial health is in a bad shape. The financial health has to revive the project level performance has to revive. The decisions from the government agencies especially from the public sector agencies have to come fast.

So keeping this in view today the time has come government has to slight get focused on the infrastructure sector, get the projects going and deliver a quick decision in a fair manner everything without being dragged to a litigation. I am sure RBI has shown a very clear cut direction for future that interest rate has to come down I suppose by 200 basis points. Whether it is in year time or two years, it will depend mostly on how the government is going to perform.

Ekta: I am going to quote newspaper report which had come out about Gammon Infra possibly defaulting on some of its loan obligations or principal repayments for a particular port project?

A: This has been presented in a slightly-twisted manner. This is very old news since our last accounts in September. As everybody knows in the market and in the industry this project is delayed by more than four years today. The project is basically delayed because the public sector, the port authorities have not complied with their condition precedent specially the dredging and filling up the dock and handed over to us. We sustain the project completing the civil construction three years back and was still sustaining till the last financials. How long a project can be sustained if there is no sight of the project getting completed?

So the project is four years delayed and still no sight of the completion. So this fact was absolutely known to everybody and including the bankers. Bankers have gone ahead with a restructuring proposal it is half way implemented already and we had discussion with the Mumbai Port Trust (MPT) also to find out a solution how the project can be completed.

Anuj: How much more interest rate cut is required for you to report…?

Ekta: This Mumbai Port Trust container terminal project which is I assume you were talking about earlier what is the total principal amount and what is the quarterly payment in terms of interest that you do have?

A: The original project cost was Rs 1,250 crore approximately out of that project drawn is little below Rs 500 crore. The civil construction berth phase and trestle has been completed 2.5 years back. It has been an excellent civil guild construction work. Across the world if you go you will find very few bus like this it is deep sea bus 2.5 KM inside the sea is constructed. So whatever facility was given to us today the positive side of this is against the liability of the bank loans the asset availability is much higher.

Ekta: This Rs 1,250 crore the entire thing has been restructured right now by the banks?

A: We have only drawn a little below Rs 500 crore. We have not drawn the Rs 1,280 crore because the coupon has not been brought and the balance work has not yet been done.

Ekta: Are you facing any such problem in other projects as well? Can give us some example projects?

A: As per the RBI guidelines, 2 + 1 up to 3 years they can do a restructuring. So those projects which have been delayed couple of projects the restructuring has happened.