In an interview to CNBC-TV18, Umesh Revankar, MD of Shriram Transport Finance spoke about the latest happenings in the company.

In an interview to CNBC-TV18, Umesh Revankar, MD of Shriram Transport Finance spoke about the latest happenings in the company.

On the IDFC deal front, he said the due diligence should be over by end of September.

Talking about GST, he said goods and services tax (GST) is still a challenge. According to him, not everyone is onboard as of yet. 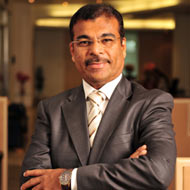 Reema: We have seen some very good commercial vehicle (CV) sales in the month of July as well as August whether it's from Ashok Leyland or Tata Motors. Do you believe the month of August and the improvement in sales was one-off on account of GST restocking and buying ahead of the festive season or has there been a secular uptrend or an improvement in the demand cycle there?

A: There has been pent-up demand because there was a lull in sales post March and from April onwards the sales were sluggish.

Pre-GST the manufacturers were not able to price it properly so there was no supply. The supply is smooth now, the month of August. So I feel it is more of an accumulated demand and maybe one-off and of course September also should be good but it may not be a big talking point as of now. However, compared to last year, same period, there is 26 percent increase in sales, but last year, if you recollect, there was slump in sales after a good half year, post June there was slump in sales in the second quarter. So comparatively it looks better. So 26 percent increase over last year may not be a great number but it is also a number which talks of something which is accumulated demand or pent-up demand for the last three-four months. So we cannot make anything out of it but I feel September also should be good, the demand seems to be quite good. The second half, depending upon the economic recovery and demand from other sectors, manufacturing sector especially, it may continue.

Anuj: Has there been any rethink in terms of deal between Shriram Group and IDFC Group because that is a bit of a buzz in the market or any fresh terms. Shriram Transport Finance Corporation has seen quite a bit of rally over last couple of days, so wanted your thoughts on that.

A: The due diligence is on and there is no rethinking on that as of now.

Anuj: Any timeline. By when can we hear next on this issue?

A: We should have something by end of September. If we have not come to any conclusion, it may take some more time.

Reema: So by September end the due diligence should be over or we will get more modalities as well of the merger?

A: Due diligence should be over. Modality discussion is post due diligence. It may take some time but we are on the process, everything is going on smoothly.

Anuj: The deal is going on as planned earlier?

Anuj: Your thoughts on where we are in terms of CV cycle because that is going to be important from your business point of view as well?

A: The CV cycle is yet to recover fully but initial demand, which I expect to come from construction activities because government is emphasising on a lot of infrastructure activities be it railway, port, road, rural etc, so I feel there will be good demand from infrastructure related activities. So there should be demand for dumpers and some CVs but all related to that and to some extent maybe mining.

Normal goods transport may take time because GST is still a challenge because everybody is not on board. I understand that in a value chain of manufacturing, an auto manufacturing where you source steel, aluminium, rubber, plastic parts from various manufacturers, contractors and all of them should be in value chain including supplier at the bottom. So every industry has these challenges, so it may take a while. I think maybe a month or two once everybody is on value chain in manufacturing, things will become very smooth but as far as agricultural goods and sub-agri related activities there is no challenge because they are not under GST, so there should be comfortable transportation in the rural and agriculture side.

We see increased demand in the rural side but the rural demand is basically for used vehicles, so credit demand for us seems to be quite good and it will continue to be good for next six months.

Reema: Purely because this quarter has seen pent-up demand, what should be the expected disbursement? What has been the trend in July as well as August, the kind of monthly run rate that you are enjoying?

A: Normally we lend around Rs 3,000 crore and we should be able to do that and maybe we will add little more in the month of September; there could be little more demand in September especially coming from the rural demand. The second half should be normally good, so we should be able to do more than our normal run rate very easily because during festival, post festival, crop coming and all coming together there are certain challenges where there are excess rains in east that is in Bihar, eastern Uttar Pradesh and North East; there are floods and disruption because of the floods. However, other than that things are quite normal in most of the part. The good part is that there has been rains in Karnataka, which was deficient for last two or three years, so some good rain in last 15 days is some relief but don't know whether it will be sufficient but something is better than nothing. So there has been good news from Karnataka. So, the second half should be good especially from the rural demand and from infrastructure activities.
Tags: #Business #Shriram Transport Finance
first published: Sep 5, 2017 01:13 pm