New SUC regime to have minimal impact on auctions: COAI

In a bid to entice telecom companies for the upcoming 2G auctions, the empowered group of ministers (EGoM) has lowered SUC to a maximum of 5% of average revenues.

Lowering of spectrum usage charge (SUC) will have very nominal impact on the actual auctions that are coming up, said Rajan Mathews, director general, COAI. According to him, the new SUC regime may mute response to auctions.

In a bid to entice telecom companies for the upcoming 2G auctions, the empowered group of ministers (EGoM) has lowered SUC to a maximum of 5% of average revenues. This new regime will only marginally benefit incumbent telecom players, said Mathews.

Below is the interview of Rajan Mathews, Director General, COAI with Malvika Jain on CNBC-TV18.

Q: Now that the empowered group of ministers (EGoM) have decided to rationalize the spectrum usage charge (SUC) how do you think it is going to benefit companies such as Bharti Airtel, Vodafone and Idea Cellular whose licenses are going to be coming up for renewal starting 2014?

A: The notion that there is a weighted average on SUC is a hybrid methodology, it is not flat and it obviously goes away from the present cascading methodology. 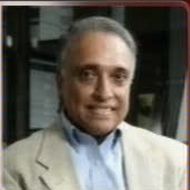 The 5 percent only applies to the spectrum that has been acquired as part of this auction. So, you have the "administrative" spectrum which was acquired outside of auction being put together and so the marginal impact on the major operators is not all that much.

You are going to be in the aggregate well north of 5 percent. So, you are going to be close to about 6 percent. The net savings when you put it together to the incumbents is not going to be that significant. Plus it does not address the significant issues raised by Trai as the rationale for introducing a flat SUC charge – the issues were firstly bringing a level playing field and secondly, stopping any arbitrage possibilities making things much clearer in terms of revenue recognition and encouraging M&A and enhancing.

Q: The government has assured that in the long run they are going to be moving towards a flat SUC regime but it was not a possibility at this point in time. So, while you are saying that this move is going to have a negligible impact on companies such has Bharti Airel and Vodafone particularly who licenses are coming up for renewal, even though they have you have to necessarily bid in the upcoming auctions, what kind of impact do you see for Reliance-Jio and Bharti Airtel the two BWA players given that the EGoM has decided that 1 percent is going to be continued as the SUC charge for them?

A: What this decision does is swing the favour in the direction of the 4G players – Reliance (RIL) because they get to keep the 1 percent on all of their revenue. Folks like Bharti for example have additional spectrum in terms of 3G and 2G and now obviously the 900 Mhz and 1800 Mhz coming up in auction. So, the impact on Bharti will be quite different from RIL.

The issue that we pointed up is that now RIL under UL licence gets to play in all of the areas and yet charge is only 1 percent SUC on that revenue stream which we have pointed out and I understand the Trai also that, that is creating an unlevel playing field. So, I think that is a concern.

Q: The rationale that the government today was giving was that it is a contractual obligation and was only three years back that the auctions actually took place for BWA spectrum. So, they were not in a position to change the regime but they are quite hopeful that now that the SUC, even if there is going to be a weighted average method for all the telecom companies across the board, the impact is going to be positive and the SUC in most cases is going to come down in some cases from as much as 8 percent. So, going forward what kind of impact do you think it would have on the spectrum auctions that are going to start on February 3?

A: The two points that I would like to address is, one is the impact on the spectrum auction and the other thing is that "there is some contractual obligation" on this 1 percent. Firstly, we think it will have a bit of an impact because obviously with the SUC charge being in cascading basis on the average obviously you can't spend as much as if you had a flat locked-in amount. So, we expect that not as much spectrum will be sold under this average basis.

On this 1 percent please remember that RIL when the notice inviting applications (NIA) was written had opted for ISP licence which was 1 percent, that was subsequently changed to allow them to get voice as well with a payment of a nominal amount. So, there has been a change, I don’t think it would be fair to say it is constant.

Q: What kind of auction impact do you see from this SUC change regime?

A: Very nominal impact on the actual auctions coming up. We are eager that the auctions should continue. It might mute it a little bit because you have to pay a lot more for the same that you would have otherwise gotten.