Note to Readers: MC ExpertEye is a weekly series of articles that will dive deeply into an important topic by seeking answers from experts.

Popular messaging platform WhatsApp has been in the news for all the wrong reasons after an updated privacy policy—now on hold­—caused safety concerns and triggered a shift to rivals Signal and Telegram.

The changes required WhatsApp users to share their data with parent company Facebook and Instagram, sparking privacy concerns. Signal and Telegram, with their promise of data protection and privacy, topped weekly downloads, forcing WhatsApp to put out front-page advertisements to allay fears of consumers in its biggest market.

But was the backlash an outcome of real concerns or that of messages doing the round of the “WhatsApp University”? We asked some entrepreneurs if privacy and data safety can push Indian consumers to switch platforms? Here's what they said:

One pop-up notification from WhatsApp has probably caused more chatter around privacy than the draft data protection bill that was released for public consultation earlier this year. What these developments have, however, opened up is the question around the actual value of privacy for an Indian internet consumer.

The diverse demographics and varying maturity levels as internet users mean there is no single answer to this question. Previous attempts at “privacy as a differentiator” in search engines and browsers among others did not catch much of the Indian eye as consumers stuck to lite (low-internet consuming) apps or stock apps shipped with their phones. Privacy in areas like messaging, however, appears to be more intuitive than tracking search histories and cookies and more real with the recent chat leak stories. The scope of privacy concerns to get users to change apps depends on their inherent understanding of privacy violations and the “for and against” marketing that reaches their social circles.

The scope of privacy concerns to get users to change apps depends on their inherent understanding of privacy violations and the for and against marketing that reaches their social circles.
-Anubhav Goyal

What makes it challenging for privacy-first players is that it should not come at the price or cost of any product features. Indian users like feature-rich apps even if they are comfortable learning only one feature at a time.

One recent proof is Brian Acton's interview where he mentioned that chat wallpapers were one of the most requested features from India for Signal. Increasing information dissipation on privacy through social circles might be making its way as one of the comparison factors but it has a long way ahead in terms of becoming the make-or-break factor above the app features and product pricing in the decision-making of an average Indian consumer.

Users now know that data has indeed become the new oil and that business houses use the personal data of consumers in varied manners. Increasing awareness on the subject has led to individuals declining to download even needful apps, for they are unsure of whether or not their privacy will be protected.

In future, it is very likely that the first question that will play in minds of users before downloading an app is: whether my personal data and privacy will be protected.
-Dipti Lavya Swain

There is a lot of sensitivity around the usage of personal data and thanks to instances where large amounts of personal data have been compromised, users find themselves in a vulnerable position. We have already seen a lot of migration from WhatsApp to other apps like Signal, Telegram, etc despite their usages perhaps being different, and in future, it is very likely that the first question that will play in minds of users before downloading an app is: whether my personal data and privacy will be protected?

Whilst the privacy concerns were being voiced in the past as well, the conversations were limited to a much smaller circle of individuals who were in the know. The series of events that have taken place in the recent past starting with fake news proliferation, reported cases of data privacy abuses and sustained campaigns by nations to look at data privacy regulations have made more and more people aware of the rights they were signing away whilst using these platforms. 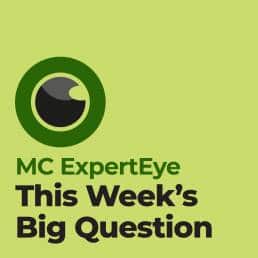 The recent notification by WhatsApp of a potential change in their policy came out in this period, as it is, Facebook has very limited trust and this move by them, to force users to share their WhatsApp metadata turned out to be the proverbial “last straw on camel’s back”. It is ironic though, that it was their very platform that was used in getting the news to go viral and making people aware of what they have been giving up as rights whilst using their platforms.

Competing platforms, which hitherto were mostly obscure, have suddenly seen significant downloads and people wanting to move, forcing Whatsapp/Facebook to relook at their stance. This is a very good sign where user pressure can change the behaviour of these titans, I guess for the first time. I am not sure of the viability of these new platforms since they are not yet mainstream but you never know.

Consumers are a discerning lot; they care about how sensitive and important data such as healthcare records and financial info is captured, stored, and used. There has been much discussion on how major tech companies have collected data and monetised that across a myriad of products. This is certainly raising concern for the man-on-the-street. The latest saga being the announcement that WhatsApp’s data can be seamlessly shared with Facebook and this has resulted in many consumers considering the move to other chat and messaging platforms.

We are moving towards the era of data democratisation where the consumer would also want to have equal access to data and control over how data is used or monetised.-preserver-spaces="true">-Kumar Ritesh.

Tech players need to understand that we are moving towards the era of data democratisation where the consumer would also want to have equal access to data and control over how data is used or monetised. This concept will push consumers to learn more about data privacy and security, and inadvertently, leading to them making more astute choices when it comes to selecting platform usage.

While privacy is not such an important issue for Indian consumers, the risk of financial fraud or crime being committed on their name or their private or business conversations coming out in the public domain is very much a risk and many Indian consumers are concerned about the same. Around 15 percent of consumers in our LocalCircles survey in early January were planning to leave WhatsApp.

While the postponed date of the privacy policy from February to May 2021 along with teething issues with alternate apps are likely to slow the migration, there is a credibility crisis that WhatsApp is suffering at the moment.

Around 15 percent of consumers in our LocalCircles survey in early January were planning to leave WhatsApp.-preserver-spaces="true">-Sachin Taparia

Also, with what has been proposed, the LocalCircles survey suggests that the majority of consumers may stay away from business account chats and using the payment feature, which defeats the purpose. The key for the platform is to rethink monetisation and perhaps move from an advertisement-based monetisation to aggregate-data-based monetisation or transaction-based monetisation.

A large part of Indian WhatsApp users is not from metropolitan cities. A good percentage have adopted smartphones only in the last few years. So for these users, switching from a familiar platform to an unfamiliar one takes a lot more effort. Because of the same reason, the same users will take a few more years to get familiar with concepts as privacy and security. Also, platforms like WhatsApp take network effects to be successful. So the task of getting more people to switch to a different platform like Signal takes a lot more effort.

Mobile applications are making use of the fact that individual users are unaware of how their digital profiles and data are being used, combined with their behaviour of downloading multiple apps on their device without any consideration of privacy and data breaches. But now as we see data privacy norms becoming stringent across the globe, there’s an improved awareness among users regarding data security. This is driving users to shift apps in efforts to safeguard their privacy.

However, apps promoted by non-profit organisations and the government can bring more confidence among the people to use digital tools for communication and content sharing, as commercialisation of users' personal data will not come into the picture.

Technology is revolutionising the world and its importance will only increase with time. But like every good thing, the use of technology also needs to be done responsibly and the first thing that comes to mind is about security and privacy of users. People create online communities on various platforms, assuming them to be safe places for them to share personal information with people they know. They trust these platforms to be safe places for them to use. Many people would not be comfortable sharing their details with unknown people.

It is important that users have a choice and knowledge about alternatives that are available in the market.
-Rajat Singhania

The question here is not whether this information is confidential or not, whether it is of value or not and whether it can cause a loss or not. The point here is, each of us individuals has the right to decide where and how our information should be used and who should have access to it. Why should any platform have that right or want that right? If any platform strives to acquire this right, users have to decide whether they want to use such a platform or not. Given the current concern about data privacy and policies by some leading players in the market; it is important that users have a choice and knowledge about alternatives that are available in the market.

Privacy is quickly becoming an important issue for middle-income Indian consumers. Even a year ago, the notion of privacy was an esoteric preoccupation for the elite, who consumed a lot of international news and more importantly, had a lot to lose if their data was compromised.

Several factors have driven that change—public disputes about data sovereignty where the government is insisting the data of Indians stay in India, to embarrassing data leaks of credit cards to a spate of Chinese apps taking sensitive customer data abroad with little consent. These have caused a larger section of the population to become concerned about their data.

What is harder to predict is how consumers will react to social media. In the last few weeks, many of us have installed Signal and Telegram and have seen a shift. But having three different apps—five if you include Insta and Snapchat—is unwieldy and unsustainable. Additionally, these platforms eventually need to monetise as well and it's unclear what they will do in the future. I've already noticed some of my friends' groups slowly move back to WhatsApp.

With its biggest user base at stake, I highly doubt that Facebook will throw it away instead of finding a way to balance its monetisation goals with the evolving Indian privacy sentiments and if the consumers will ditch an addictive, free messaging platform.
Moneycontrol News
TAGS: #Business #Companies #India #MC ExpertEye #Startup
first published: Jan 23, 2021 11:17 am