In an interview with CNBC-TV18, RC Bhargava, Chairman of Maruti Suzuki shared his views and outlook on how FY19 is expected to shape up.

In an interview with CNBC-TV18, RC Bhargava, Chairman of Maruti Suzuki shared his views and outlook on how FY19 is expected to shape up.

Gujarat next year will certainly have the first line running completely at full capacity and the second line will come on stream probably in the beginning of the year. Whether that will give us something over 200,000 cars which is what we will need to get 13 percent growth next year is something which we have to look at yet but certainly a double-digit growth should be possible next year without difficulty, he said.

On order backlog he said, the production is also going up, I am not too pessimistic about the whole situation. The back orders have been reducing even this year.

I think this will continue next year but the total back order should not increase, he added.

We have not yet decided on the royalty rate with Suzuki. There will be a reduction in royalty rates based on a certain volume of sales for each model, said Bhargava. 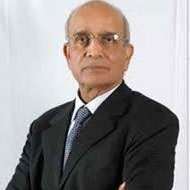 Sonia: Growth has been very good for Maruti lately. If you look at the volume growth in FY18, so far it has been about 13 percent from April to January, that is because of debottlenecking and the Gujarat plant phase I, but can you give us an outlook for FY19, can you better this 13 percent performance?

A: We haven’t had our budget meeting to decide on next year’s production and sale targets. But one thing we have to be clear that as the volume base becomes higher each year, getting a growth of 12-13 percent requires that many more vehicles because of the higher base effect. Gujarat next year will certainly have the first line running completely at full capacity and the second line will come on stream probably in the beginning of the year. So whether that will give us something over 200,000 cars, which is what we will need to get 13 percent growth next year is something we have to look at yet. But certainly a double-digit growth should be possible next year without difficulty.

Latha: Despite this higher production, Maruti carries a huge order backlog for most of your vehicles, Baleno, Vitara Brezza and Dzire, now you also have the launch of the new Swift. So is it a concern that you won’t be able to capitalise on these orders because of the supply issue?

A: Why the back order is growing because each of the new models which has come in the last couple of years, each one of them has managed to get a back order but then production is also going up and production for vehicles like Baleno and the Brezza and the Dzire are now being stepped up sizeably.

So I am not too pessimistic about the whole situation. I think the back orders have been reducing even this year and - at least for the older models that has been reducing - the total number has grown because of the new models. I think this kind of thing will probably continue next year but the total back order should not increase.

Anuj: The board last month approved lower royalty payment to Suzuki. Have you decided the quantum?

A: No, not yet. We are yet to get that clearance of this whole scheme from Suzuki and once that happens, we can talk a little bit more but it is not the details. I think the principle of what we have decided, which can be taken more or less will happen is that there will be a reduction in royalty based on a certain volume of sales for each model.

That principle is what is accepted along with principle that royalty will be in rupees, royalty will be limited to 5 percent in the beginning and that our expenditures on R&D for development of new models will be reimbursed to the margin added on to it. Those basic principles are alright.

Anuj: Any idea on the timeline?

A: I am not quite sure, it should happen quite soon. I don’t know what is happening but we have taken it that this will happen anyway because the Maruti board is consisting of Mr O Suzuki and when that board approves, I don’t see that there should be any serious difficulty in the decision taken here being approved there.

Sonia: You did mention that royalty will be limited to 5 percent in the beginning. In FY17, the royalty rates was about 5.7 percent of sales, are we looking at 50-100 basis points (bps) lower royalty any ballpark figure?

A: No, I don’t like to hazard a number on the royalty but overall as we go along over the years and more and more new models come into production and old models with the old royalty system go out, the royalty rates will be on a downward trajectory. I think that is certain.

How much down and how much below 5 percent it will get is something we will see as we go along. But the older models were all based on yen and therefore the exchange rate came into play and all that. But the new models are based on the rupee so there is that protection against the exchange fluctuations.

Latha: Will you advance the phase II of the Gujarat plant because of this waiting period issue?

A: No, of course we would like it to be preponed but there are limitations on moving it forward because as it is the Japanese have a very tight timeline for implementing projects. There is not that kind of leeway, which we build into some of our projects here and despite our making request that if there is anything that can be done, I think the beginning of 2019 is the earliest we can expect that project to come on stream.

Anuj: How ready is Maruti for the electrical vehicle push and what do you expect Suzuki’s entry and how much would this help Maruti?

A: The introduction of electric vehicles in India is now a given. There is no arguing that will it come, will it not come, that is not going be relevant anymore. Electric vehicles are going to come. For us, the positive thing is that Suzuki and Toyota have tied up in EV technology and in introducing an EV in India and I expect that when these two companies make a decision like this, it will happen in 2020. Going forward then we will have to see what happens.

But the whole progress of electrification of transport in India is still in its very early stages and as we go along, we have to see how technology develops, how infrastructure develops, how customer acceptance develops and I think when all of that becomes a little bit more clear, we would be in a better position to decide how fast this whole programme will progress beyond 2020 or something like that.
CNBC-TV18
Tags: #Business
first published: Feb 28, 2018 11:08 am