172@29@17@136!~!172@29@0@53!~!|news|business|companies|care-ratings-signs-moujapan-credit-rating-agency-1053907.html!~!news|moneycontrol|com!~!|controller|infinite_scroll_article.php!~!is_mobile=false
Subscribe to PRO at just Rs.33 per month. Use code SUPERPRO
you are here: HomeNewsBusinessCompanies

Dr Dogra, MD & CEO of Care Ratings, said that the alliance is particularly beneficial as JCR is among the 10 agencies recognised by the US Securities and Exchange Commission and also by few European countries.

Credit Analysis and Research Ltd. (CARE Ratings) and Japan Credit Rating Agency, Ltd. (JCR) have signed an agreement to collaborate with each other as strategic business partners, said DR Dogra, MD and CEO of Care Ratings.

Dogra added that the alliance is particularly beneficial as JCR is among the 10 agencies recognised by the US Securities and Exchange Commission and also by few European countries.

“As per the agreement, Japanese companies rated by JCR and wanting to raise funds in India will be referred to CARE and vice-versa. It will be significant as it will enable Indian issuers to access bond markets in Japan, US and some countries in Europe”, Dogra said.

On the financial implications of the agreement, Dogra said that it might take some time to work it out. However, the payment for these services will be in the form of a referral fee, he said.

Below is the verbatim transcript of DR Dogra\\'s interview with Reema Tendulkar & Ekta Batra on CNBC-TV18.

Ekta: Can you tell us what this Memorandum of Understanding (MoU) contains with this Japanese company? For example, is there any financial tie-up as well?

A: We see this as a beginning of a very useful alliance between two rating agencies of India and Japan. Japan which is a Japanese Credit Rating Agency (JCR) is one of the approved rating agency not only in Japan but also in US, it is nationally recognized statistical rating organization (NRSRO) -- one of the ten rating agencies recognised by Securities and Exchange Commission (SEC) in US and also they are recognised by European authorities. So we would provide an opportunity to Indian issuers to accept Samurai bond market in Japan as well as in other countries in Europe as well as in US. We see this as an interest to go into global arena. We are already there in global scene in three ways, we are one of the promoters of a rating agency known as ARC Rating, where we are partner with other emerging markets\\' rating agencies. We have a branch office at Maldives and we also have a subsidiary in Mauritius where we have undertaken one rating so far.

What we will do is we will introduce potential clients in their respective countries to other party. This MoU is significant because all Japanese companies that are raising funds in India which has a domestic rating from JCR would be referred to CARE and our rated companies in India would be referred to Japan whenever they go to raise money either in Japan or Europe or US.

Reema: When you introduced clients to the Japanese credit rating agency, will you also be sharing any kind of financials, how would you break up the financial, any referral fee if you could call it that?

A: Once we have them in securing a mandate for Indian client, we should be able to get the referral fees from them and if they need some research on those Indian companies, as far as the ratings are concerned, I think it is their call on rating of Indian companies.

However, if they need some research on Indian companies or Indian industries, they will have to pay for the technical efficiency, which we provide to them and the same way if they referred a Japanese company operating in India as you know with the Make in India campaign, a lot of Japanese companies are showing interest in market. If they refer any Japanese companies which operates in India to CARE, we will also have to pay referral fees to them and certainly if we require some -- their holding companies research on that company will have to pay for technical support which they give but I think it will give and two thing between the two markets and Japan has great interest in India.

Ekta: Are you looking at more such deals in order to strengthen your position in other geographies and have such kind of a referral tie-up in other countries?

A: We already are in Mauritius through a subsidiary and Mauritius is a gateway to Africa. So we will have to reach Africa market. As far as gulf markets are concerned, our ARC which is our owned company in London as well as Indian companies can reach now Japanese or Indian issuers can reach investors in Japan through JCR.

Reema: Have you pencilled in any revenues from Japan on the back of this MoU? 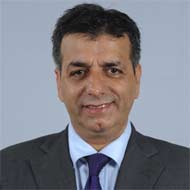 tags #Business #Dr Dogra #MD & CEO of Care Ratings #said that the alliance is particularly beneficial as JCR is among the 10 agencies recognised by the US Securities and Exchange Commission and also by few European countries.