Bajaj Finserv and its listed subsidiary Bajaj Finance have had yet another rollicking year, both in terms of business and share price performance, and MD Sanjiv Bajaj says he plans to do the same thing he's done for years in 2016 too.

Bajaj Finserv and its listed subsidiary Bajaj Finance have had yet another rollicking year, both in terms of business and share price performance, and MD Sanjiv Bajaj says he plans to do the same thing he's done for years in 2016 too.

"Over the past seven-eight years, we've followed a consistent strategy of being a diversified consumer lender. This doesn't change going into next year," Bajaj told CNBC-TV18 in an interview, even as that gives little away in explaining the companies' robust performance over the period.

For instance, shares of Bajaj FinServ, which holds the insurance vertical, have risen about 50 percent over the past year while Bajaj Finance is up about 78 percent over the same period. This was a follow-up from superlative performances in previous years, with both stocks being multibaggers.

Talking about Bajaj Finance, the MD said the company is targeting growth of about 20-25 percent annualized over the next few years. 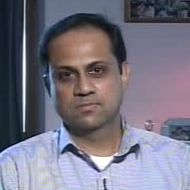 "There is tremendous opportunity in the lending space in India. As long as you're willing to do it thoughtfully -- slowing down when required, grow when the times are good -- we can do it," he said.

Below is the verbatim transcript of Sanjiv Bajaj's interview with Latha Venkatesh and Sonia Shenoy on CNBC-TV18.

A: As far as our two companies are concerned. Both of them are very adequately capitalised and both of them are very profitable for very long time, have not needed incremental capital for the last five years or so. So the two companies in the short-term don’t need additional capital. This is of course something that is open to Allianz to take their stake up and we have had some informal discussions over the last couple of months. We have to see eventually what their board decides. So these are ongoing discussions right now. We would be very open to it either way but beyond that I cannot comment right now. I think over the next few months as they take a call and as Allianz and Bajaj discuss this matter further, we should have a much clearer view.

A: When we have talked about Bajaj Finance. Over the last seven-eight years, not just the last year, we have talked about a very consistent strategy of being a diversified lender in the financial services space and this is something across consumer lending, SME lending, rural lending as well as commercial loans now and wealth distribution. We have managed to build quite stably and this doesn’t change going into the next year as well.

We have said that given our opportunities that we see for ourselves to grow our topline 20-25 percent year-on-year (Y-o-Y) looks distinctly possible. In a bad year, maybe it will be lower. In a good year like what we have seen in the last nine months, it has been much better and we stay with that. We see tremendous opportunity in this space in India and as long as you are willing to do it thoughtfully, as long as you are willing to pause when required and grow when the times are good, I see no reason why we and many others like us should not be able to do the same.

Latha: Will there be any more changes because you always capitalise it at the right time, should we expect anything on those lines?

A: To the first point, I think the market has discovered the stock in the last two years. We have been doing what we have been doing in the last six-seven years and the kind of numbers that you talk about starts getting scary when you think of those numbers. So we are very much focused on what we do. We let the markets decide what they think is fair in terms of valuation. We raised capital in Bajaj Finance only in June this year keeping in mind that the capital should be sufficient for the next three-five years again depending on growth. So I don’t see us needing any further capital in Bajaj Finance in the near-term at least.

Sonia: When you talk about 20-25 percent topline growth, have you accounted for the geographic expansion as well because I understand that you are planning to enter newer states like Rajasthan, Tamil Nadu by the end of this fiscal itself. Once that plays out well, what would the growth look like?

A: We have been expanding both our urban presence and our rural presence very steadily year-on-year (Y-o-Y) and that continues. So when we are looking at the growth, we are looking at the growth keeping that in mind as well. Of course when the ducks all fall in line then you see much higher growth, you have seen 35 percent growth for example so for this year but we would always have times when we have a slowdown, certain businesses in particular geographies, on particular product lines. For example, last year we have slowed down our mortgage business. We grew only 10 percent in our mortgage business compared to over 40 percent in the other businesses and that is why it averages out. We think we must talk about a number, which we know that we have a great shot at achieving and if there is outperformance beyond that, naturally there is further upside that is available.

Latha: Do I remember this right, you started reporting your gross non-performing loans (NPLs) on a 150-day recognition versus a 180-day previously?

A: Yes. We have started doing that. We have tried to stay ahead of the non-banking financial companies (NBFC) curve over here and do more, what Reserve Bank of India (RBI) requires banks to do. We started this journey about five years ago as we started building the diversified book. As RBI has tightened the norms for banks and NBFCs, we have started moving closer to the new norms for banks and that is why you have seen this change.

Latha: You didn’t rollback anything? It was not 180-days in the previous quarter but you brought it down to 150-days?

A: I don’t know whether it was in the previous quarter or if it was earlier but I know that we have aligned ourselves by and large to what banks were required to do and we have had no material impact of that because our own internal provisioning was already ahead of that.

Latha: What is the position in terms of NPLs? Did you all see any chinks in the armour with the rural economy slowing?

A: Fortunately we have not and we publish our delinquencies by-month, by-product line quarterly on our website. So it is there for everybody to see, it is no secret there. Our numbers have held pretty well and that is where it again goes to say about how you manage to grow your book. We are in no hurry to grow at an any accelerated manner and we find a 20-25 percent growth rate which is also as we say not a bad growth rate to more than adequately take care of all our other credit concerns.

Sonia: You have been talking about the general insurance business been sluggish for the last couple of quarters, what is the outlook like for the first half of 2016, have you seen any improvement at all?

In addition what happens is when the industry slows down, we see particularly the public sector companies that start losing market share come down heavily on pricing. So we see discounts going up, mostly in the corporate lines of business because that is where it is easier to get business by throwing higher discounts but then that brings the growth number down as well because the topline comes down as a result.

Latha: There already is and will be a lot of competition from the digital finance and digital market place companies. Are you already feeling the pinch?

A: More than seeing the pinch, we are participating in it. We already finance resellers on two of the three popular online market places. We are talking to some of them to offer our easy EMI finance to customers and we will see this happening from the early part of the next financial year and we have also got our own internal initiative of offering online loans. This spreads to insurance as well. So we think there is clearly a segment of customers that want convenience, that want a better price and we have our own focus around that as well.

Latha: Many of these digital companies speak about identifying the credit worthiness of their borrowers through the use of algorithms, are you all getting into that, analytics in algorithms in a big way and is that reducing costs?

A: This is basically what we have been doing on the consumer financing space. So if you see the fact that we can do five million loans a year making us one of the largest lenders in terms of number of loans in the country. Including out of that more than 60 percent would be new consumers is only because of the backend technology, only because of the fraud algorithms, only because of the credit scorecards that are very easily done in the US but very new over here. We have done it internally including with some external support and we have been doing this in Bajaj Finance for the last four years and we have recently started this for our two insurance companies also.