Analysis: The busiest hour for air travel in India is not what you would expect

The preferred time for airline passengers is expectedly in the morning, but that doesn’t mean that is the rush hour in Indian skies.

Analysis of the data shared by OAG Aviation exclusively for this article shows that of 19,923 departures scheduled in the first week of September, the most popular time is 0755 hours.

Akasa Air, the latest entrant in the Indian skies, has started its third route between Mumbai and Ahmedabad.  Flights will depart from Mumbai starting at 0605 hours. Over the years the domestic market has seen a steady rise in red-eye flights.  A red eye is typically a post-midnight-pre-sunrise flight. But are those really the busiest hours?

Analysis of the data shared by OAG Aviation exclusively for this article shows that of 19,923 departures scheduled in the first week of September, the most popular time is 0755 hours.

There are 169 weekly departures, or an average, of 24 departures daily, at this time. IndiGo operates the maximum of these flights — 77 — while SpiceJet runs 42.

But looking at  a single point in time may not be the best way to find out the rush hour in the Indian skies. Hourly analysis of the data shows that the maximum departures are between 1300-1400 hours, with 182 departures daily (1,274 weekly) across the country.

The afternoon traffic is largely driven by Delhi, where Air India has a bunch of flights taking off for cities across the country. These connect well with its international arrivals which reach in the morning.

Broadly, across airports, traffic builds up from 0500/0600, before seeing a dip after 1000 hours. Traffic in the evening is typically thinner compared to the morning crush. The maximum evening departures are between 1700-1800 hours, with 1,235 flights per week. 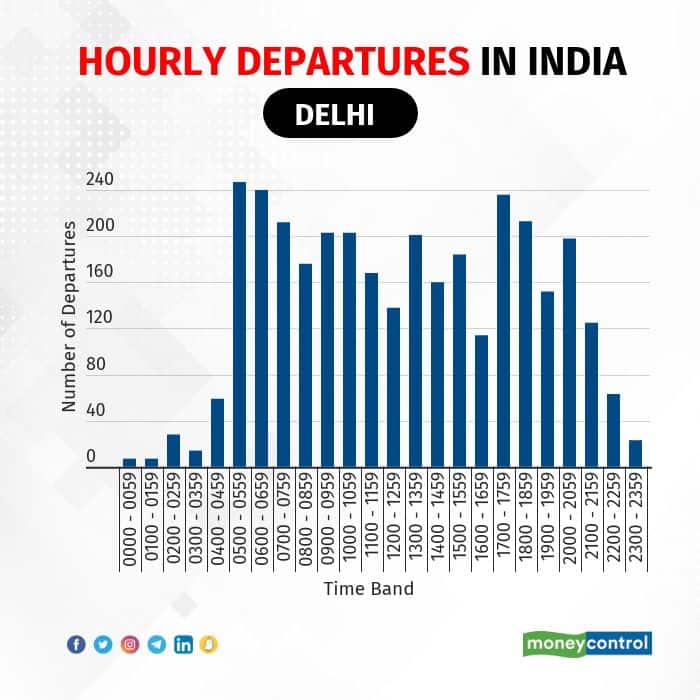 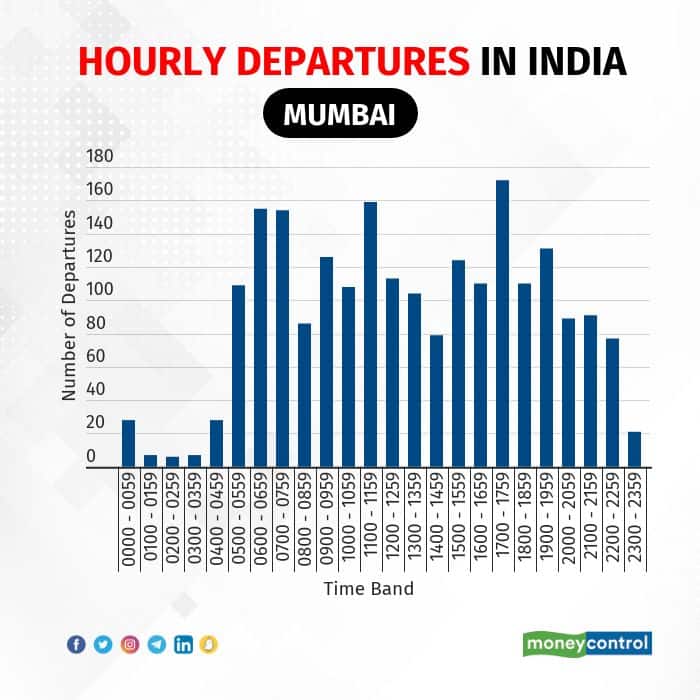 The third busiest airport in the country, Bengaluru sees the maximum movement between 0600-0700 hours, with 154 weekly departures. Likewise for Hyderabad, which has 110 weekly departures during this time. 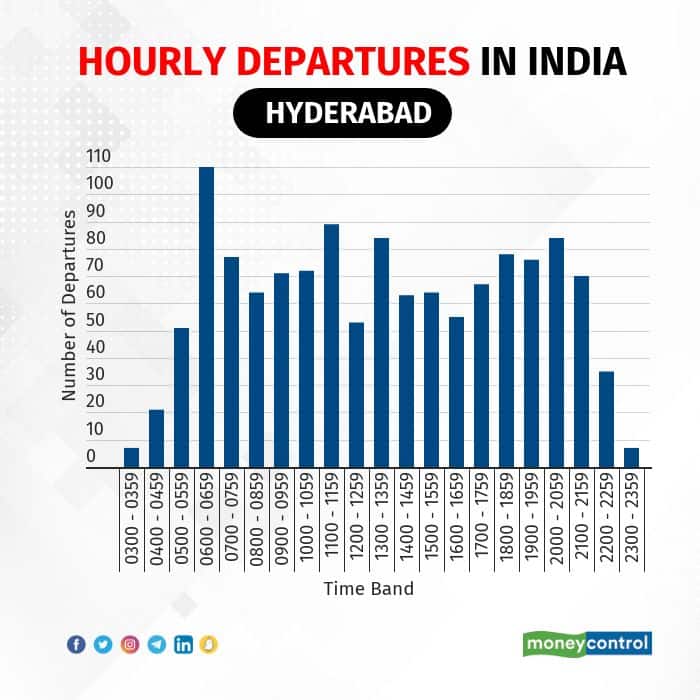 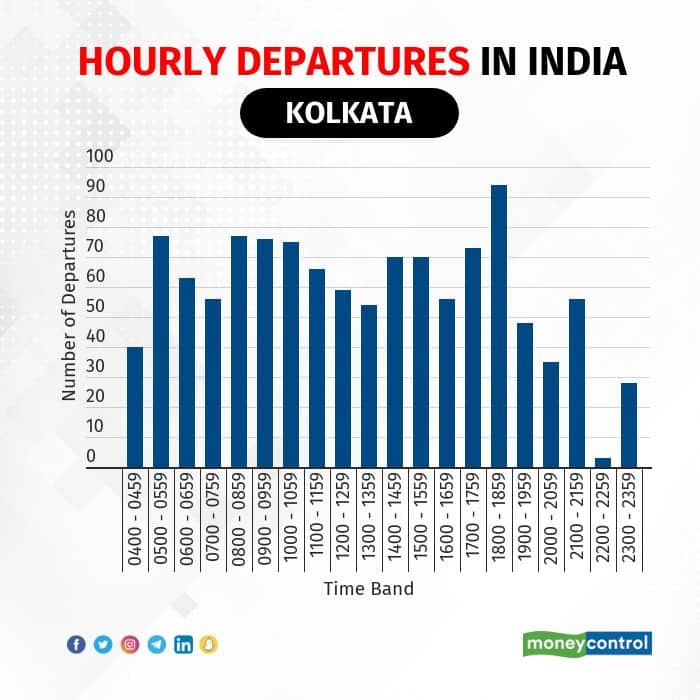 A later peak indicates that these are the second or third flights of the day for a particular aircraft.

Both Kolkata and Chennai have fewer bays leading to a lower number of aircraft being parked at night compared to Mumbai, Delhi or Bengaluru.

However, across airports, the departures are often lesser than the airport’s capacity. That is because not all flights that are approved are operational. Further, the data does not include international departures, which are also part of the peak traffic.

Old timers may remember the Air India red-eyes between Mumbai and Delhi.

Over the past few years, the number of red-eyes has grown to 574 flights per week. This is partly due to a capacity crunch at the airports, along with a need to increase utilisation.

The slump in the airline industry led to a lower number of red-eyes in recent months.

If you are a passenger without any hard deadlines on travel, the best time of the day to travel would be the one with the least air traffic. This ensures a congestion-free experience at all airport touchpoints, including entry, security and check-in.

Then there are airports like Goa or Pune which are operated by the armed forces and not available for civilian operations at certain hours of the day. While you might want to avoid the rush hour, there may simply be no flights at your preferred time.
Ameya Joshi runs the aviation analysis website Network Thoughts.
Tags: #air traffic #air travel #Akasa Air #busiest airports #domestic flights #OAG Aviation
first published: Aug 29, 2022 11:11 am