World famous paintings with hidden messages: What artists like Leonardo da Vinci, Van Gogh left for us to decode

Edvard Munch’s ‘The Scream’ has a barely visible message in its corner by the painter, the National Museum of Norway has confirmed. Great artists have often made a subtle point or left a coded message in their works.

The Scream whispered a line - "Can only have been painted by a madman" – that had intrigued the art world for years.

News is that the barely-visible pencil scrawl in the top-left corner of the famous painting The Scream was left by none other than its renowned Norwegian painter Edvard Munch. For a long time, it was believed that the message could have been the work of a vandal.

The confirmation came from The National Museum of Norway, which recently conducted tests to determine who had put those words in the painting.

"The writing is without a doubt Munch's own," museum curator Mai Britt Guleng said. "The handwriting itself, as well as events that happened in 1895, when Munch showed the painting in Norway for the first time, all point in the same direction."

The line seems a clear reference by Munch to his mental state.

"For as long as I can remember I have suffered from a deep feeling of anxiety which I have tried to express in my art," Munch wrote in his diary, according to the BBC. "Without this anxiety and illness I would have been like a ship without a rudder."

Here are some other famous artworks with hidden codes, if not direct words.

What makes any great art – writing, painting, film, photography – so difficult and valued that, at times, it is beyond our grasp? There is more to it than what we see on the surface. And, the unseen circuitry of form and meaning is not random but rooted in the hard graft of technique.

In The Last Supper, scholars have sensed that the freakishly-gifted and versatile Da Vinci hid a musical composition. In 2003, Giovanni Maria Pala, an Italian musician and computer technician, heard this and started studying the work. He, too, saw the musical arrangement and wrote a book on it called La Musica Celata (The Hidden Music). 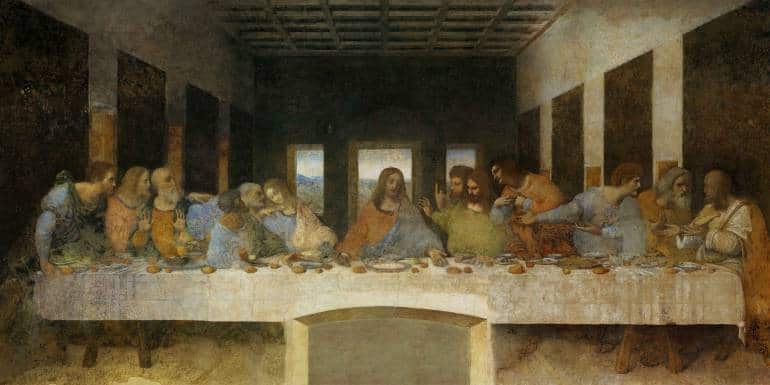 "It sounds like a requiem," Pala said about the sequence. "It's like a soundtrack that emphasizes the passion of Jesus." Why is a troubled man who died at 37 rated a genius if his paintings seem like fairly achievable depictions of nature and life? One clue could be the standing he enjoys among space scientists, many of whom love his Starry Night painting. An astronomy software is named after the work. And, in 2012, astrophysicist Alex Parker created a version of Starry Night using pictures of space taken by the Hubble telescope.

The hidden themes in the painting include scientific phenomena, according to some. In a TED Talk in 2014, science research associate Natalya St. Clair said Starry Night suggested a complex mathematical concept called turbulent flow. There is not much hidden in this work. True to its name, it depicts different Flemish proverbs, 118 of them. Yet, it makes for an interesting study. It is a busy picture whose every element makes some statement.

Some of its imagery is as follows, with the proverbs of that time in brackets: an upside down Earth (the whole world is upside-down), a man running with his posterior on fire (running like your butt's on fire), a man warming himself at a house fire (not caring who is hurt as long as it benefits you/roasting marshmallows at a house fire), three figures in the back standing in a line (the blind leading the blind), a fish eating another fish (there's always a bigger fish), a man holding a globe (got the world in the palm of your hand), a man in armor holding a knife in his mouth (armed to the teeth), and a man hitting his head against a brick wall (hitting your head against the wall). 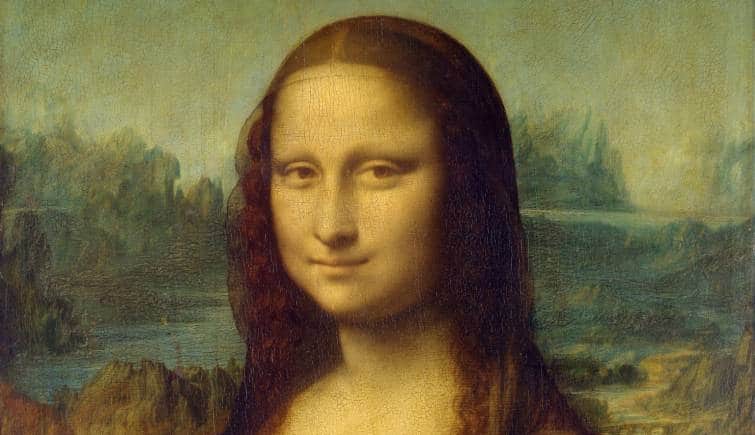 The world’s most famous painting has been parsed for hidden clues for centuries. In 2011, researcher Silvano Vinceti even said there were the letters ‘S’ and ‘L’ in the subject’s left and right eye, respectively, and the number ‘72’ under the bridge in the backdrop.

These observations haven’t been confirmed, and there are some who do not believe them to be true. Vinceti said the letters and the number were "very small, painted with a tiny brush and subjected to the wear and tear of time."

His research, Vicenti said, was based on high-definition scans of the painting from the Lumiere Technology in Paris, a specialist in digitizing artworks.

Vinceti may or may not be right. But, there is no doubt about the layers in the painting, and how much Da Vinci relied on not just art but also his knowledge of science and the human anatomy while making it. According to The Atlantic, Da Vinci would spend hours in a morgue to study muscles and nerves while he worked on the piece. There is a reason Mona Lisa took about 15 years to make, and why you have to queue up almost as long at the Louvre to see it.
Akshay Sawai
TAGS: #ART
first published: Feb 23, 2021 10:50 am