The feature is being tested right now and not available for the public.

WhatsApp may soon release ‘dark mode’ on its mobile app. A new report has surfaced online that gives us the first look of dark mode on WhatsApp. The much anticipated feature was spotted being tested in the Android beta version of the app and is currently under development.

Spotted first by WABetaInfo, the report states that WhatsApp is working on Dark Mode for Android. The Facebook-owned company has submitted a new update through the Google Play Beta Program with the update number 2.19.82.

WABetaInfo stated that the feature is being tested currently and not available for the public. The developers had to dig through the code to find the toggle and enable the feature. Currently, WhatsApp has implemented the new mode only in the Settings and its sub-windows. 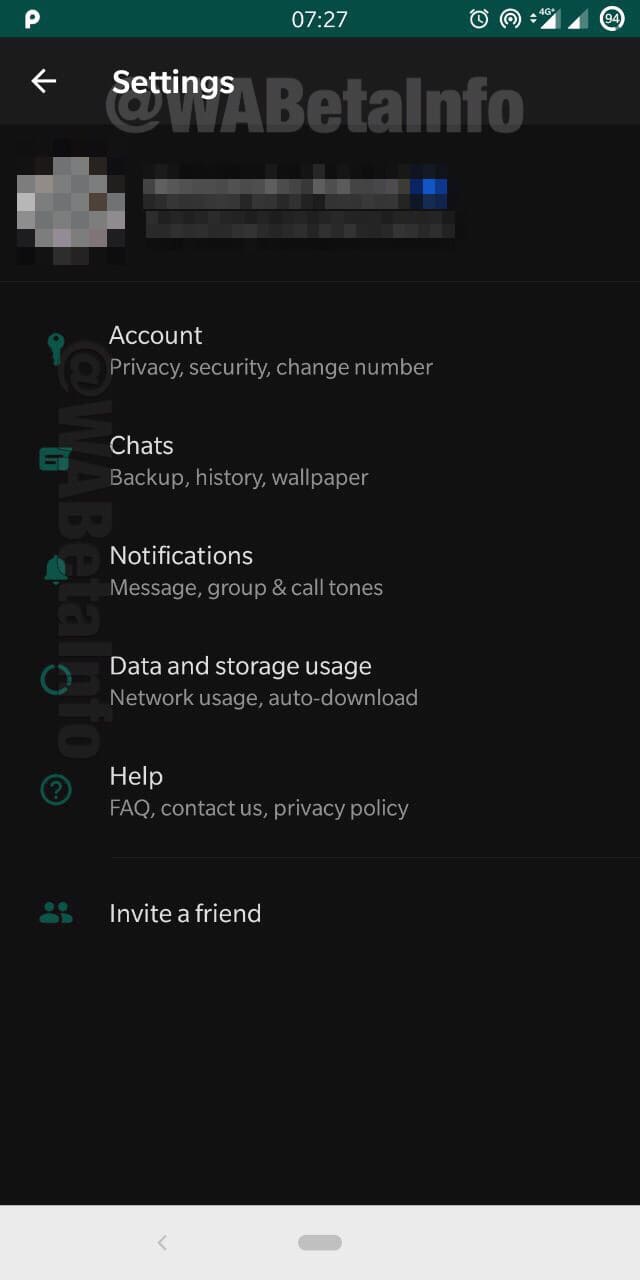 The messaging app was previously seen testing dark mode for iOS as well. The screenshots of both versions show that dark mode would not be OLED friendly, due to a dark grey colour layout.

Previously, the app was seen testing a feature to show the number of times a message was forwarded. The messaging app is also working on two features, namely frequently forwarded and forwarding info. The features were spotted in the app’s beta version 2.19.80 of Google Play Beta Program.

The ‘Forwarding info’ would inform users about the number of times a message has been forwarded previously. When enabled, this feature would be available in the ‘message info’ section of the app. Messages that have been forwarded more than four times would be highlighted as ‘Frequently Forwarded’. In such a case, the message bubble would have a different label above the message highlighted as ‘Frequently Forwarded’. This feature too is being tested and not available to the public. However, a stable update with the new features is expected soon.

Apart from these, it is also expected that WhatsApp would add Advanced Search and Group Invite in the coming updates.

WhatsApp has added many new features this year on its mobile app. The company added additional biometric authentication on its iOS app with FaceID and TouchID support. It also added a ‘reply privately’ feature which enabled users to reply to a group message in personal chat.