172@29@17@244!~!172@29@0@53!~!|news|trends|qualcomm-unveils-new-mid-range-socs-with-improved-gaming-camera-and-ai-performance-3801021.html!~!news|moneycontrol|com!~!|controller|infinite_scroll_article.php!~!is_mobile=false
Watch experts decode 'The rise of ESG investing' on October 29 at 4pm. Register Now!
you are here: HomeNewsTrends

This chipset is based on an 8nm manufacturing processor, engineered to offer more power and efficiency. The Snapdragon 730 seems like the more concrete replacement to Qualcomm’s 710 chipset which powers handsets closer to the Rs 30,000 price range. The 730 chipset offers a 35-percent performance bump from the Snapdragon 710 as opposed to the minor improvements in the recently released Snapdragon 712 SoC. 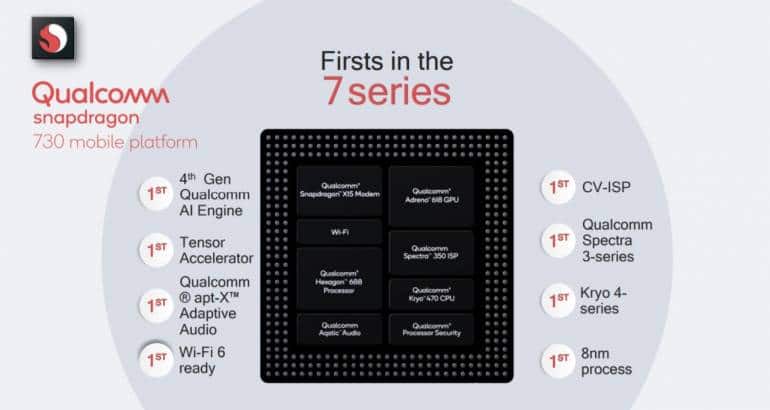 The 730 SoC features 8X Kyro 470 CPUs and a Snapdragon X15 LTE Modem capable of offering data speeds of up to 800 Mbps in theory. The chipset is also equipped with a Spectra 350 “computer vision” image signal processor. Qualcomm’s primary aim for the new Snapdragon 730 SoC seems to be bringing AI-powered processing and imagery to near-flagship handsets. Qualcomm claims that its new 730G chipset is engineered for gaming. This gaming focused SoC features 15-percent faster graphics rendering over its 730 counterpart. This bump in performance comes courtesy of an overclocked Adreno 618 GPU. A new Jank Reducer feature on the Snapdragon 730G will supposedly reduce jank or stuttering of games by 90-percent. The 730G system-on-chip will also feature a few camera improvements and better Wi-Fi management.