New Indian whiskies to look forward to in 2021

There are some fine whiskies on the horizon, and these include Kamet, India’s latest single malt, and new expressions from Paul John.

Congratulations on surviving 2020. Of course, it’s not as if next year is going to be markedly different for a lot of us, but the terrifying tedium could no doubt be lightened by some fine whiskies. If you are among those privileged enough to be thinking of stocking up your home bar with new premium malts, especially ones made in India, 2021 has a fair bit to offer.

Let’s start with a brand new whisky from a two-year-old company called Peak Spirits. At the beginning of this year, Peak Spirits, run by Mumbai-based Ansh Khanna and Chicago-based sommelier Ken Frederickson, soft-launched their first product JinJiji in select cities in the US, Europe, and Canada. The ‘India Dry Gin’, which is distilled in Goa, will soon be available in the state — along with their first-ever whisky, Kamet. Named after a 20-thousander in the Garhwal Himalayas, among India’s highest mountains, work on the NAS whisky, says Khanna, began around 2016. 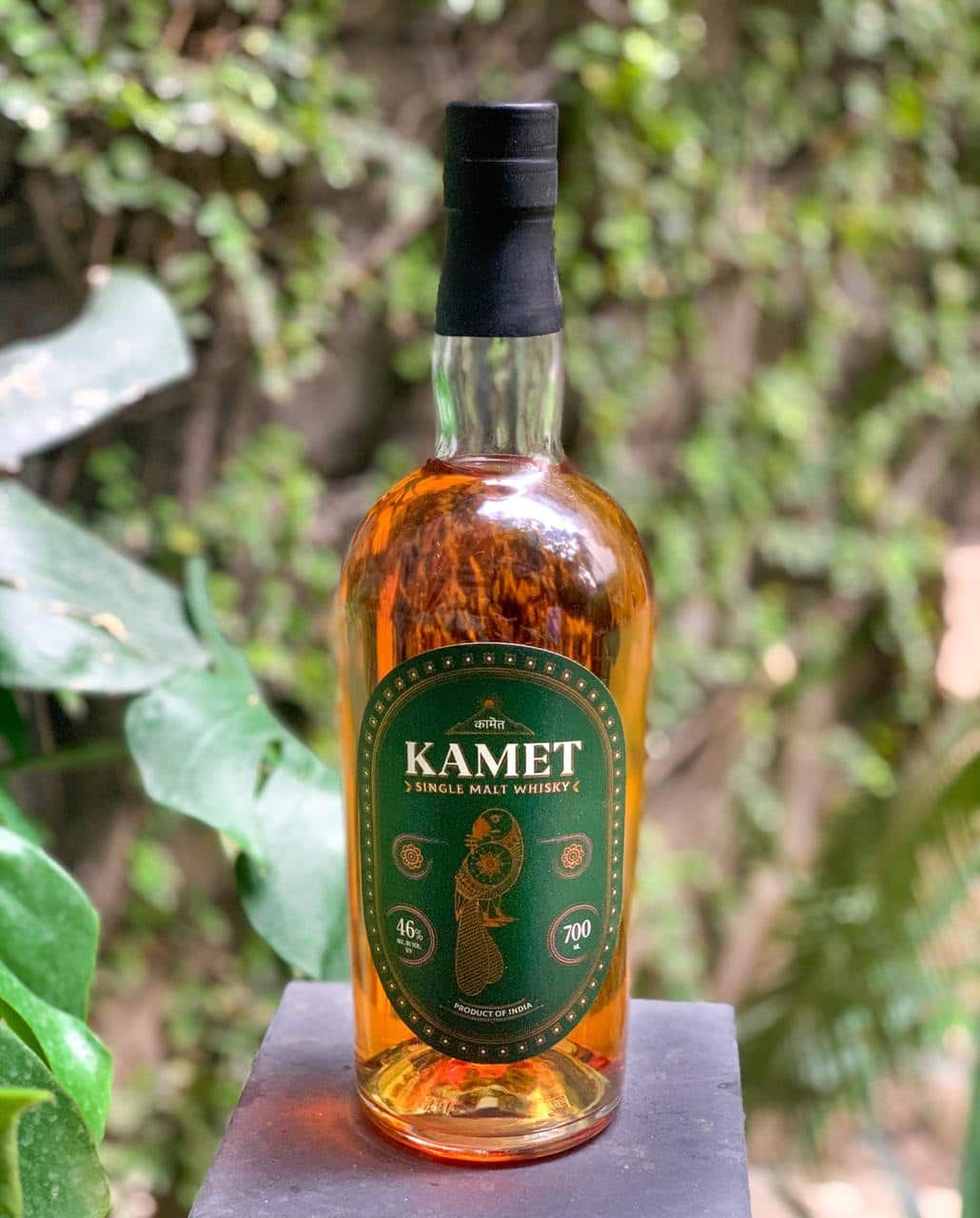 “Ken and I believe that India’s unique conditions and six-row barley — we source ours from the foothills of the Himalayas — make it an exciting place to produce a single malt of great complexity,” says Khanna. Khanna and Frederickson have teamed up with Piccadily Distillery, in Karnal, Haryana, and set themselves a tough benchmark — The Macallan.

“Wood has always been crucial to The Macallan’s character, and I’ve been inspired a lot by them,” says Khanna. “Kamet is matured in a combination of ex-Bourbon American oak, ex-French oak and ex-sherry casks. The usage of wine and sherry casks gives Kamet a vinous complexity on the nose and a beautiful natural colour.”

‘Vinous complexity’ sounds excellent, but even as we wait for the proof of the pudding, informed whisky lovers will be glad to know that Kamet has been blended by Surrinder Kumar along with Nancy Fraley. Kumar worked at Amrut Distilleries for over three decades before becoming an independent consultant last year, while Fraley is a whiskey and rum blender based in Berkeley, California. The much-acclaimed Amrut Fusion is among the whiskies Kumar worked on while at the Bangalore-based distillery. Khanna says one could look at Kamet as a “duet between Kumar and Fraley”. The success of Amrut and Paul John has triggered a lot of interest among whisky entrepreneurs in India, says Krishna Nukala. “But making whisky is very different from producing, for instance, gin. Whisky makers abroad are finding it tough to sell regular single malt, and are focusing on special releases. So, the likes of Kamet could find it tough going in the West even if their whisky is well-made, but, in India, they might hit the sweet spot if they get their pricing right,” says Nukala, a Hyderabad-based whisky consultant and the only Indian member of the Malt Maniacs, a highly regarded international whisky collective. Khanna says that Kamet will be available in Goa for Rs 2,699, and at that price point, it could make a lot of people curious about the whisky. Among other whiskies, we could have pointed you towards the Amrut Fusion X, but chances are that the limited-edition whisky, created to mark 10 years of the Fusion and released earlier this month, is already sold out. (Just 1,010 are available for sale worldwide.) But then, one can always count on Paul John. The Goa-based distillery has just added the Olorosso and Pedro Ximenez Casks finish whiskies to their Select Cask range. The expressions are already available in Goa and should hit Maharashtra and Karnataka early next year along with the award-winning Mithuna.
Murali K Menon works on content strategy at HaymarketSAC.
Tags: #weekend reads #whiskies
first published: Dec 12, 2020 07:43 am