Mead, the ancient drink made by fermenting honey, is making a comeback

Mead makers are experimenting with flavours like rose, bhut jholokia chilies, even Pinot Noir grapes, to reinvent the drink for modern times.

Arkä is made by the same company that produces Fruzzanté, a sparkling alcoholic beverage.

The word mead may conjure images of medieval knights swigging a drink before a battle, or royals in tight corsets sipping from dainty glasses. But this fermented honey drink is tiptoeing out from the shadows now.

This golden-coloured drink also has some eccentric relatives such as Melomel (a mead with fruits), Methaglin (a mead with herbs/spices), apple-based Cyser and Braggot (a mead with grains).

It takes anywhere from three-six months for honey to ferment and mature completely into mead. Is it alcoholic? Yes. Most meads in India are in the 6-12 percent ABV range which is considered standard for traditional meads. However it can go up to 20 percent - these headier drinks are called ‘sack’ meads, and they can be thick and cloyingly sweet.

But mead is not a new beverage. It is the oldest fermented drink, dating back to 7000 BC.

“The vikings drank it before battle, ancient Indian text like the Rigveda mentioned it, and Greek and Roman historians have discussed it. There have also been numerous references in literature from Shakespeare and Lord of the Rings to Harry Potter and even Game of Thrones. But it lost its prominence over the years as it’s both an expensive and difficult drink to make,” says Rohan Rehani, co-founder Moonshine Meadery.

Rehani got interested in the beverage after reading an article about Gosnells, London's first Meadery. The curiosity led Rehani and his friend Nitin Vishwas to try making some mead at home using local honey and yeast. The output wasn’t good but it excited their passion to build a business around mead.

Other significant mead players in India include Nashik-based Cerana Meads and Arkä by the same company that produces Fruzzanté, a sparkling alcoholic beverage.

Although mead was associated with good health and vitality in ancient cultures and called “the drink of the gods” in Greek mythology, these claims many not hold up today.

The star ingredient honey has antioxidant and antimicrobial properties, but there isn't enough research yet to show whether honey retains these once it’s fermented.

“Mead is an alcoholic beverage, and we cannot make any health claims. Our meads contain approximately 183 kcal and 8.25 gms of carbs per 330ml pint. Every pint starts off with 10 teaspoons of honey; nine of which get converted to alcohol and one remains behind as residual sweetness,” says Rehane.

Apart from being sweet, dry, still or sparkling, meads can also be infused with spices, fruits and vegetables. There’s no limit to how creative people can get with it. It is this flexibility that excites mead makers. Case in point: Moonshine’s guava chili mead uses bhut jholokia chilies. Its other offerings include a thai ginger and kaffir lime mead, a grilled pineapple mead, and coffee mead (starting at Rs185 for 330ml). Similarly, Arkä Rose Mead (Rs1,095 for 375ml) is reddish-pink liquid with a heady smell of roses in bloom. “Roses have an inherent essence and bitterness which needs careful cold extraction and light pressing to get the goodness of the blooms. I tried various method using rose buds, blooms and petals. But it worked only when I used dried rose petals,” says Arkä co-founder Priyanka Save. The meadery's other variants include a jamun mead (Rs1,050 for 375ml). 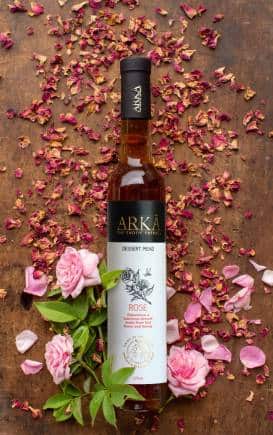 Cerana Meads, on the other hand, has been pushing boundaries with its genre-defying Pinot Noir Pyment (Rs450 for 375ml; the unflavoured mead is Rs180 for 330ml). “This is a bold mead that uses Pinot Noir grapes which are not known to grow best in the Nashik terroir. But we have been able to identify a farmer who has diligently grown these grapes to perfection. We use it with multifloral honey from Himachal Pradesh,” says Dr Yoginee Budhkar co-Founder, Cerana Meads. 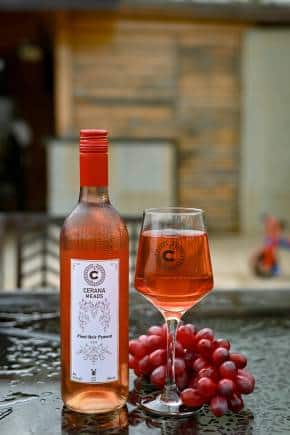 Challenges in the mead segment

Good mead must start with great honey. The bee population is dwindling due to the use of pesticides and other farming techniques. Finding a regular source of honey is a major challenge. Most meaderies have tie-ups with beekeepers and aggregators from across the country for the honey.

Apart from sourcing difficulties, quality is another headache for mead makers. “Adulteration is a major issue in honey production. Every batch of honey received needs to be tested for purity, sugar and pollen content. Some suppliers use formic acid as a preservative, which may inhibit fermentation if added in excess quantities,” says Save, who procures honey from the Jawhar and the Mokhada areas of Palghar.

Mead's future also depends on category re-creation. Most people confuse it with beer, wine or cider. But that is bound to change with time, says Save.

“The median age of the Indian consumer is 28.5 years," says Save, "and this demographic is flexible to change and comfortable experimenting with new trends."