Lara Dutta on pushing the boundaries in 'Hiccups & Hookups'

Lara Dutta says being in her 40s has finally freed her from the shackles of typical roles like on-screen wife, girlfriend, or just another glamorous face.

Lara Dutta and Prateik Babbar in 'Hiccups & Hookups', in which Dutta plays a 40-year-old single mom.

Lara Dutta essayed the role of prime minister in the Akshay Kumar-starrer BellBottom just a few months ago. The 2000 Miss Universe can now be seen in the web series Hiccups & Hookups on Lionsgate Play, where she plays a single mother in her 40s who is part of a family that does not shy away from discussing their sex-capades.

In a chat, Lara Dutta spoke about what she liked about the show and this being the best time of her career. Excerpts:

Not many Indian shows depict families that discuss dating and sex openly...

I have been reading some incredible content that is being made especially in the OTT space... I liked that (in Hiccups & Hookups) they were talking about a 40-year-old single mom who after coming out of a 19-year marriage does not feel that her world has come to an end. I liked that it dealt with very real issues.

You shocked your husband Mahesh Bhupathi with your Indira Gandhi look in 'BellBottom'. Was he shocked seeing you in this show as well?

He is always involved in everything I choose including this show. I knew I was stepping out of my comfort zone a little bit. I knew that I was going to be pushing some boundaries - not my own - but boundaries of the audience that is accustomed to seeing me a certain way. I think there are very few mainstream actresses who are comfortable doing content like this which I think is sad because it is very relevant and contemporary.

You share a very open relationship with your on-screen daughter. Your daughter is still very young but do you hope for a similar bond when she grows up?

For sure. You learn from the mistakes of your previous generation. I come from a very liberal, forward-thinking family but still, I was never able to have a conversation about the birds and the bees with them. It was left to the so-called sex-education class you did in school, and you were supposed to figure it out from there. It’s not like your parents didn’t know that. They wanted to live in denial and hope that the questions won’t come their way so they let it be for as long as they possibly could. But we live in a very different world now. My daughter is just nine but my nieces who are 22 and 17 are very open in their discussions with their parents and with me. They discuss their sexuality, their orientation and if you don’t get it, it is not their problem, it is yours. And I think that’s good. You have to live and adapt to a modern world. When Saira becomes a teenager, I want her to feel comfortable and confident enough to have those conversations with me.

Have you become more conscious about the kind of roles you do in the past few years?

There is no conscious thought behind it. I just think that age has liberated me. It has finally cut me free from an industry that constantly wants to slot you into a certain kind of role. I’m so glad that I am in my 40s now and it has given the makers the chance to consider making me do something other than just be somebody’s wife or girlfriend or a glamorous face. I am having the best time of my career.

Do you think the Indian audience is ready for women in the 40s and 50s discussing subjects such as menopause, dating or sex on screen?

I think so, just going by the record and seeing what’s worked. There was Badhaai Ho about a woman in her late 50s who gets pregnant and it became a super hit. I doff my hat to flag bearers and female actors who have come before me like Neena Gupta ji and Ratna Pathak Shah who did a wonderful role in Lipstick Under My Burkha playing a woman who has desires and does not feel the need to keep them hidden just because society says you should not have any sexual needs after the age of 30!

Going by (this) experience, there is an India and there is an audience that is ready for content like this. I’m sure there will be people who will say this is too bold or un-sanskari and we are not putting down their morals or ideas. It is about moving with the times and being real. 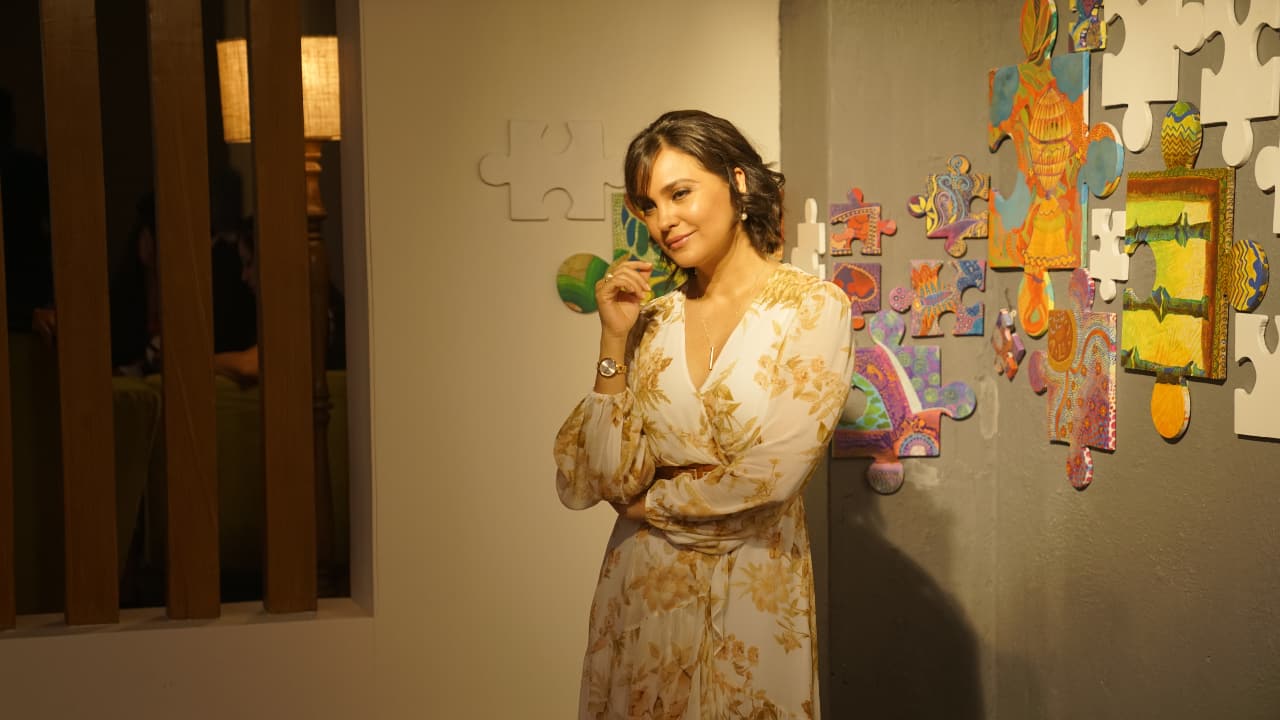