Because of the two actresses - Halle Berry and Sheila Atim - 'Bruised' feels real against all the odds of stale storytelling.

The arc of Halle Berry’s directorial debut—in which she herself headlines as a down-and-out mixed martial arts (MMA) fighter poised to resurrect in the competitive arena—is utterly predictable. An erstwhile champion whose fortunes plummeted because of personal turmoil and bad decisions gets an opportunity to turn things around—there are numerous films that follow the same arc.

Bruised, which released on Netflix this week, is still a compelling watch because it’s simply a feat in immersive performance.

The role demands working up to more than a couple of breaking points—physically, of course, but also when it comes to the character’s inner transformation. It stops short of being a solo act because there is another terrific actor and presence in the film in the role of a coach, the British theatre actor Sheila Atim.

Impoverished and visibly traumatized, we meet Jackie Justice (Halle Berry) at her nadir. She lives with her manager and boyfriend, an exploitative alcoholic. It is obvious Jackie is ashamed of her disgraceful exit from UFC, the American company that promotes competitive MMA in Las Vegas. She now cleans houses for a living and hangs out in ghettoised Vegas suburbs. With her mother, who lives close to her, Jackie shares a history of abuse from men. When a new manager Immaculate (Shamier Anderson) spots her talent, he decides to back her with the help of a coach known for unconventional methods, Budhakan (Sheila Atim), Jackie seizes the opportunity. Meanwhile, her distressed four-year-old son Manny (Danny Boyd) arrives at her doorstep when the little boy’s father dies.

Will Jackie find personal redemption with her son and away from her boyfriend as well as find sporting glory?

In a story that drives on all possible clichés of a sports film, Berry manages to keep the tempo high just with her electric presence. We feel invested in Jackie’s fate. It helps that in the most important supporting role, Atim provides a visceral force to the story. It’s a breakout role for Atim. Sexually fluid, with an intriguing past, the character of Budhakan is a boldly imaginative turn in the screenplay.

Because of the two actresses, the film feels real against all the odds of stale storytelling.

Berry, the only African American actress to have won the Best Actress Oscar (Monster’s Ball, 2001), has matured into an intuitive and powerful actor and performer. She can only be better with robustly inventive stories. 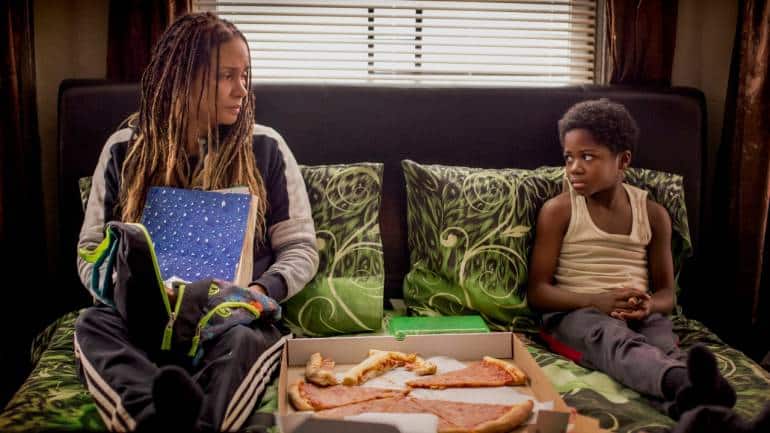