“Hey, Pranav! My screen-on time has increased considerably with the whole work-from-home setup and my smartphone’s battery drains very quickly. I am looking for a new phone under Rs 25,000 that offers great battery life but does not compromise on the performance.”

Lucky for you, I am clicking photos of a smartphone you might just be looking for - Samsung Galaxy M51.

“Samsung phones with a big battery!!?”

“How big is the battery on Samsung Galaxy M51?”

Haha! I get that a lot whenever someone asks for a big battery phone. This, by far, is the biggest battery on a Samsung smartphone. Surprisingly, the company has managed to keep the form factor under check despite its beefy battery. 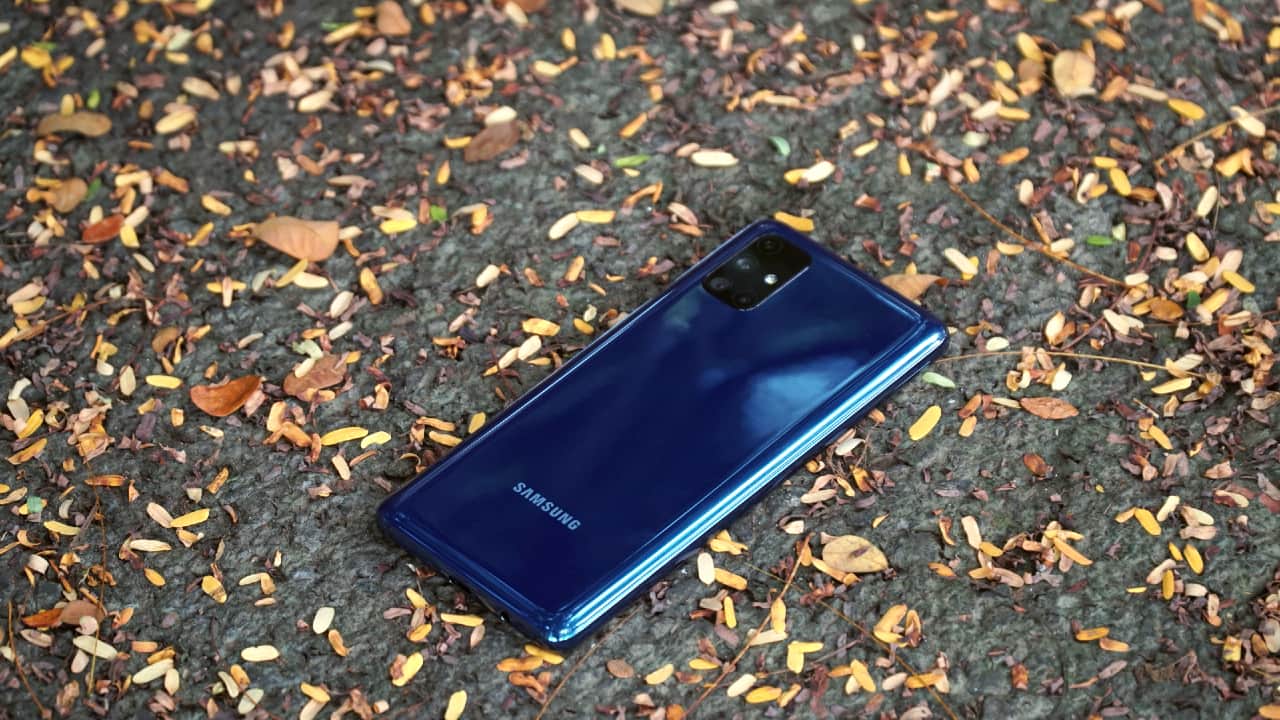 “How thick is the phone? And is it too heavy?”

Well, with a battery that big, you will feel some weight. Galaxy M51 weighs 213 grams. However, it is only 9.5mm thick. I am saying “only” because the Poco X3 that I recently reviewed, weighs 225 grams and is 10.1mm thick. You get a slightly smaller 6,000 mAh battery on that one.

“Okay but for how long does the battery last on a single charge?”

During my Galaxy M51 review period, I got an average screen-on time of close to 10 hours. My use case is slightly heavy, which includes playing Call of Duty Mobile or Asphalt 8, consuming video content, attending webinars, and lots of scrolling on Twitter and Instagram. If you are not as much a power user, you won't need to charge the Galaxy M51 for a couple of days at least.

“But it sure must be taking hours to charge, no?”

During my Samsung Galaxy M51 review period, I charged the device only twice and it took about two hours to charge the 7,000 mAh battery. Samsung is shipping a 25W fast charger with the Galaxy M51. If you prefer overnight charging, disable the fast charging toggle inside the battery settings.

“Our use case is quite similar. I wanted to know two things - What about playing games? How good is the performance? Second, does it have a 3.5mm headphone jack? I hate it when there is an audio lag while playing games.”

Samsung Galaxy M51 is quite a performer when it comes to gaming and multitasking. Unlike other M-series Samsung phones, the Galaxy M51 comes with a Snapdragon 730G processor. I did not come across any major lag while playing CoD Mobile. Multitasking is also quite a breeze, thanks to the much improved One UI 2.1. My 8GB Samsung Galaxy M51 review unit loaded apps where I left them. The phone comes pre-installed with a bunch of third-party apps like Snapchat, Moj, MX Takatak, and some Microsoft apps. I deleted most of the bloatware immediately as I didn’t want the app drawer to be filled with apps that I don’t use.

Regarding the headphone jack, yes, the Galaxy M51 comes with a 3.5mm headphone jack. You are going to use it a lot cause the mono-speaker setup is not that loud. It is a bummer that a phone costing Rs 25,000 has a poor audio setup as rival phones like the Realme  7 Pro (Review) and Poco X3 (Review) feature a dual-speaker setup.

“Important query about the display. Is it bright enough?”

Galaxy M51 has a 6.7-inch display. Samsung is known to offer excellent quality AMOLED screens and the Galaxy M51 is no different. Yes, the display is bright even in outdoor conditions. Colours are vibrant and you get excellent viewing angles as well. The screen is surrounded by narrow bezels. Despite that, the phone feels very tall and you cannot use it single-handedly, even if you have big hands. Thankfully, Samsung has added a gesture that lets you pull the notification tray by swiping down on the side-mounted fingerprint scanner. 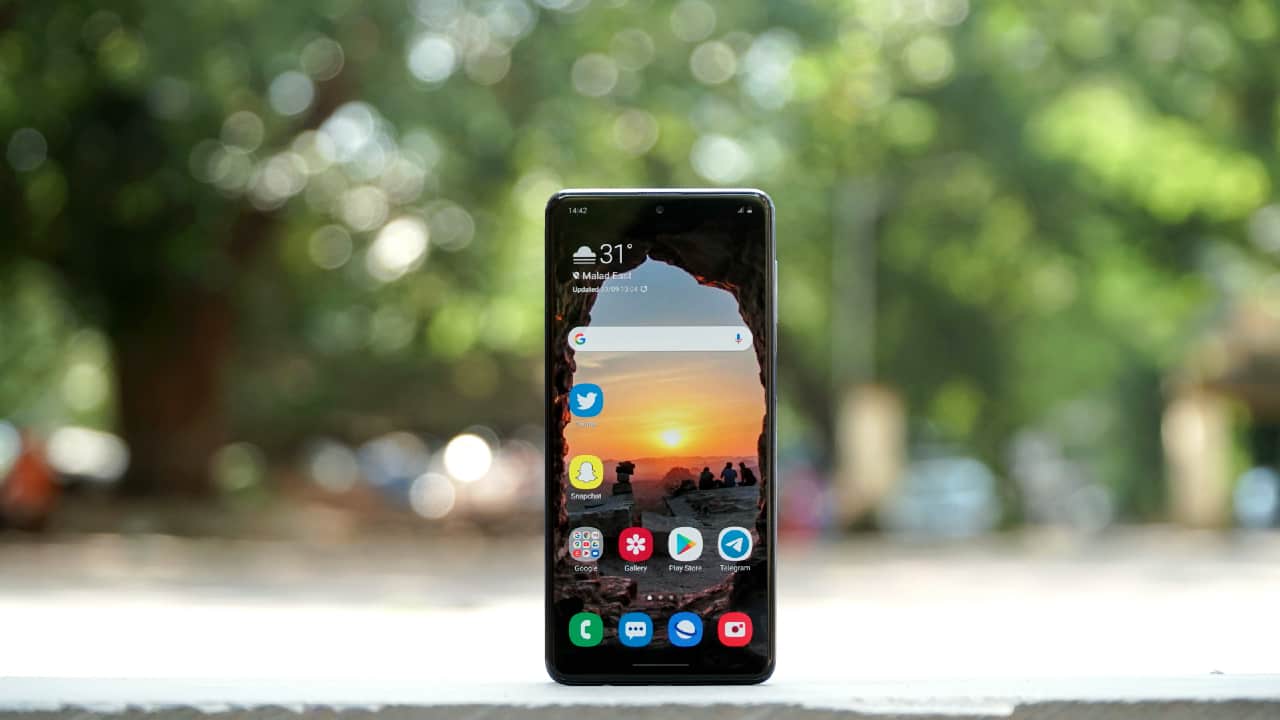 “Oh! By the way, is the front camera good for video-calls?”

No doubts about it. Samsung Galaxy M51 features a 32MP front camera inside that circular cutout at the top of the display. The front camera’s image quality is excellent for selfies, and not just for video calls. Yes, there is some amount of smoothening going on but the overall image is detailed. You click 8MP selfies by default or opt for a wider 12MP resolution in the camera app. 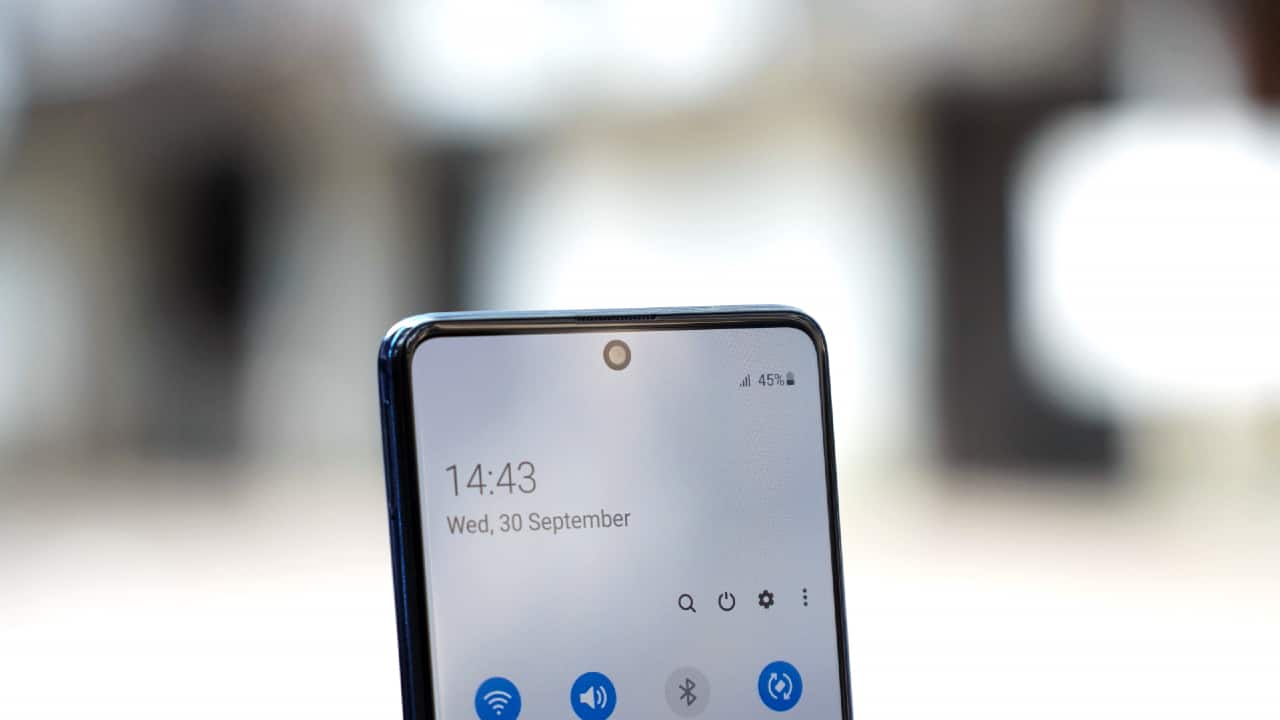 “What about the four rear cameras? Are they any good?”

The camera UI too is quite simple and user friendly. The 8MP ultra-wide camera is not as detailed as the main camera but clicks decent images during the day. There is some heavy barrel distortion at the corners. I often struggle to focus correctly when it comes to macro lenses and had a similar experience with the 5MP macro lens. Get the focus right and you are likely to get usable images in daylight. Here, tap on the photos below to see all the images shot on the Galaxy M51. 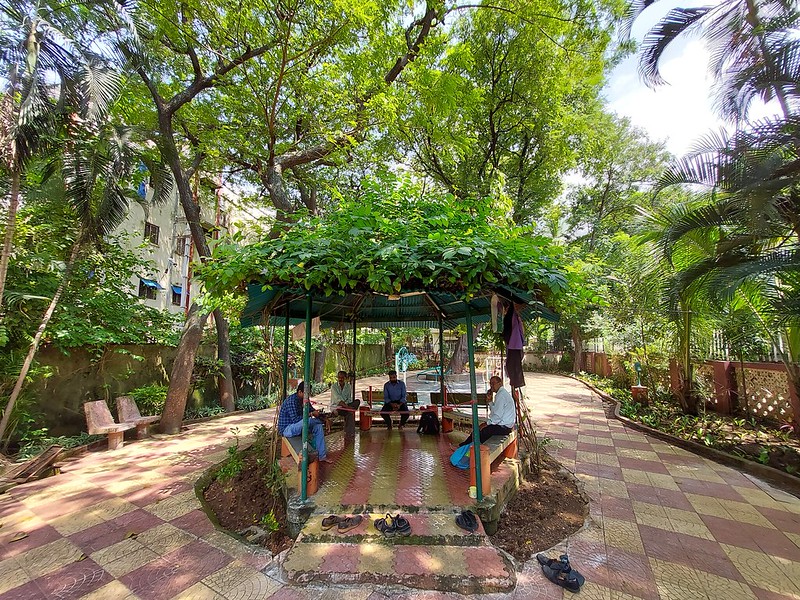 “Is there anything specific that you did not like about the Galaxy M51?”

A few things, actually. I am not a fan of the Galaxy M51’s design. Samsung has opted for a glasstic rear panel that offers a mirror finish. I have had to clean the polycarbonate rear panel so many times while clicking photos of Galaxy M51 as it attracted too many fingerprints. You can slap a case but then that will add to the overall weight of the phone. The phone does offer a good grip though, courtesy of the curved rear panel. 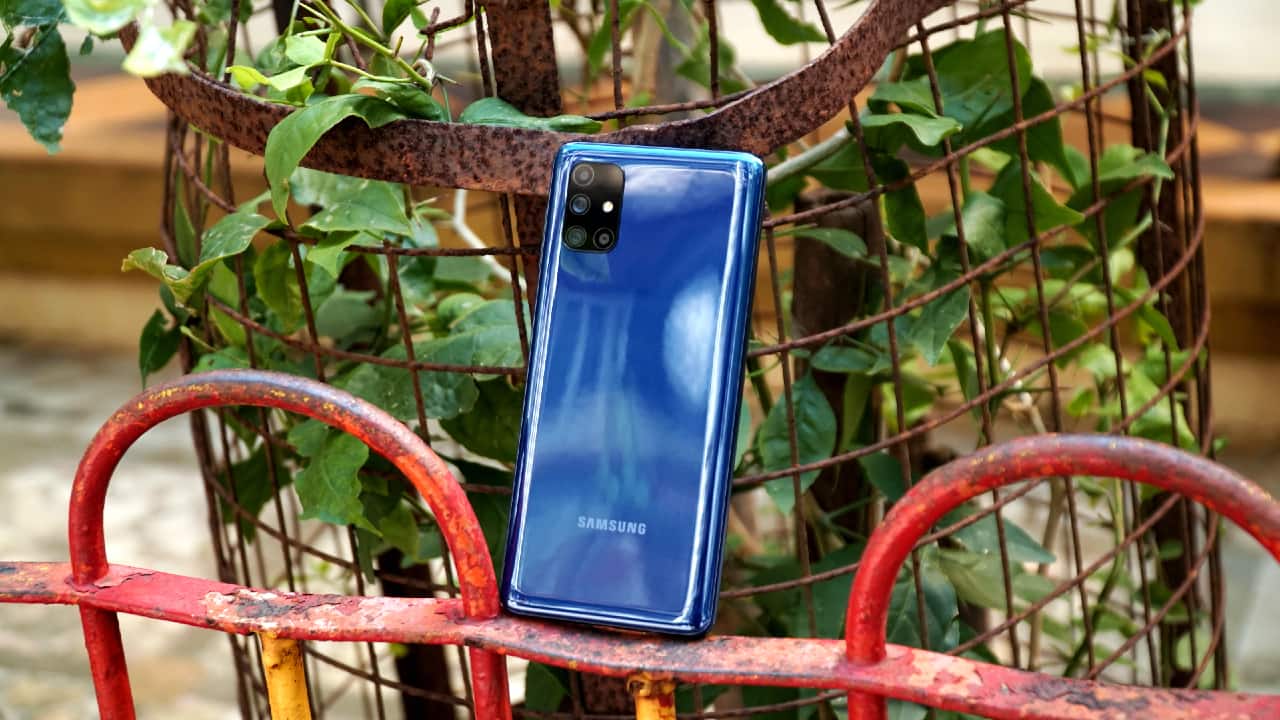 I, for one, prefer a matte/ frosted design over glossy panels. Opinions over the design are subjective so it’s for you to decide. I would prefer the OnePlus Nord’s design over this.

The second thing is One UI throwing recommendations in the notifications tray. Yes, you can disable these using the toggle switch but that’s an extra step.

The rear camera does not even offer 2x digital zoom and you are limited to choose between macro, ultrawide, and wide-angle photos. I have already informed you about the not-so-loud single speaker at the bottom edge. Lastly, for reasons unknown, I failed to unlock the device using the side-mounted fingerprint scanner multiple times. There’s face unlock as an alternative but that’s not going to work when you are wearing a mask.

“Okay then, sum it up for me. Is Samsung Galaxy M51 the best smartphone under Rs 25,000 in India? Would you recommend me buying the phone?”

If battery life is your priority, I would definitely recommend getting the Samsung Galaxy M51. The smartphone does not compromise on the performance bit too. Add the excellent AMOLED display and the capable main rear and front camera.

The design, again, a subjective matter, is something I am not a fan of.

“Any alternatives within a similar price range?”

There are plenty. You can opt for the OnePlus Nord (Review) that has a faster processor but offers relatively-lesser battery life. You can also check the Realme 7 Pro (Review). The battery is smaller but you get a 65W fast charger. It also has a slightly slower Snapdragon 720G processor.

Poco X3 (Review), which starts at Rs 16,999, offers a marginally-better Snapdragon 732G processor but again, the phone is heavier than the Galaxy M51. If you want a high refresh rate screen, Poco X3 has a 120Hz LCD.

As I said, there are plenty of options. It is up to you to decide which smartphone suits the best for your use case. Of course, check Moneycontrol's reviews before you make your purchase decision.